This 1968 Plymouth Fury II is a real step back in time to what we like to refer to as the Mom-And-Dad-Car. You know, the kind of car most of our parents bought instead of the car we kids would rather have seen in the family’s driveway. This one was seen a week or so ago in Lockport, and as cheap as it was, it wasn’t even Plymouth’s least expensive full-size car. That honor went to the Fury I — which at $2,627 was $98 less. The difference went for such amenities as bright drip moldings, full body-side moldings, and a satin aluminum insert in the panel between the taillights. Both were, as the brochure pointed out, “…17-3/4 feet of motion [which] breaks the look-alike barrier.” 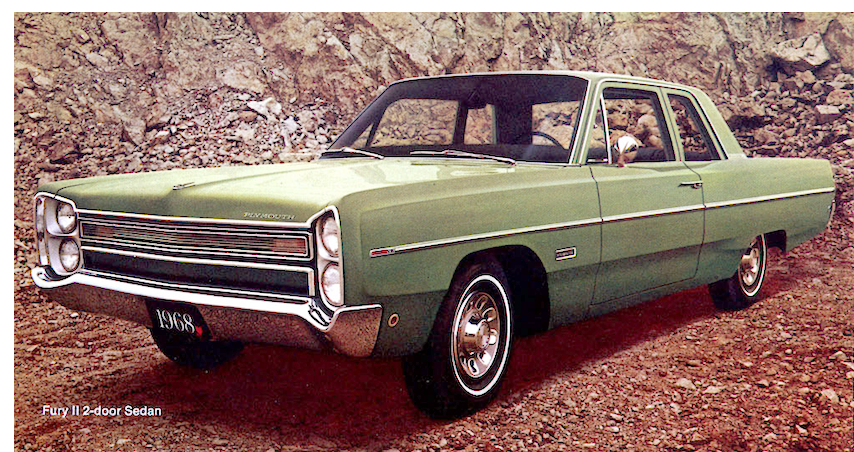