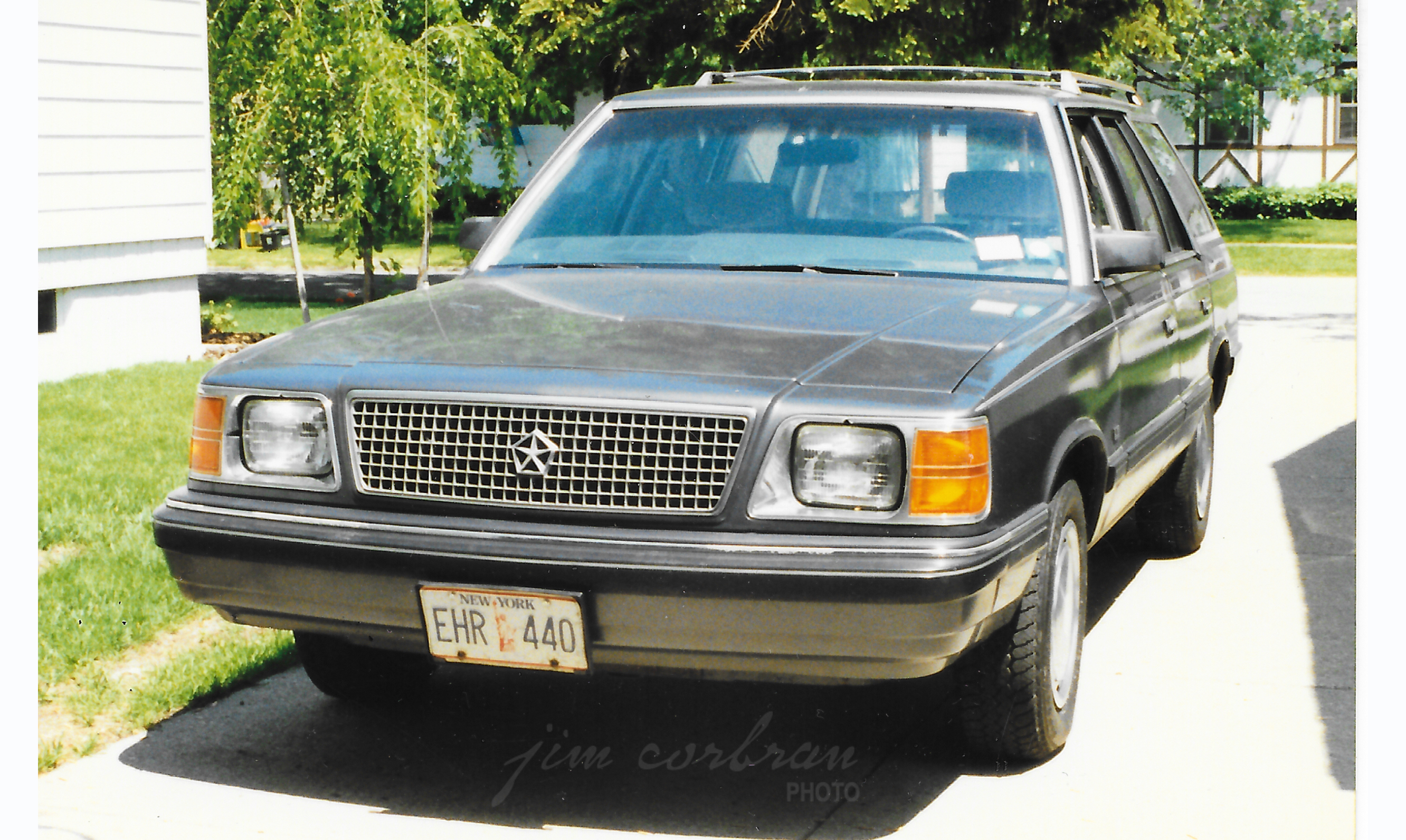 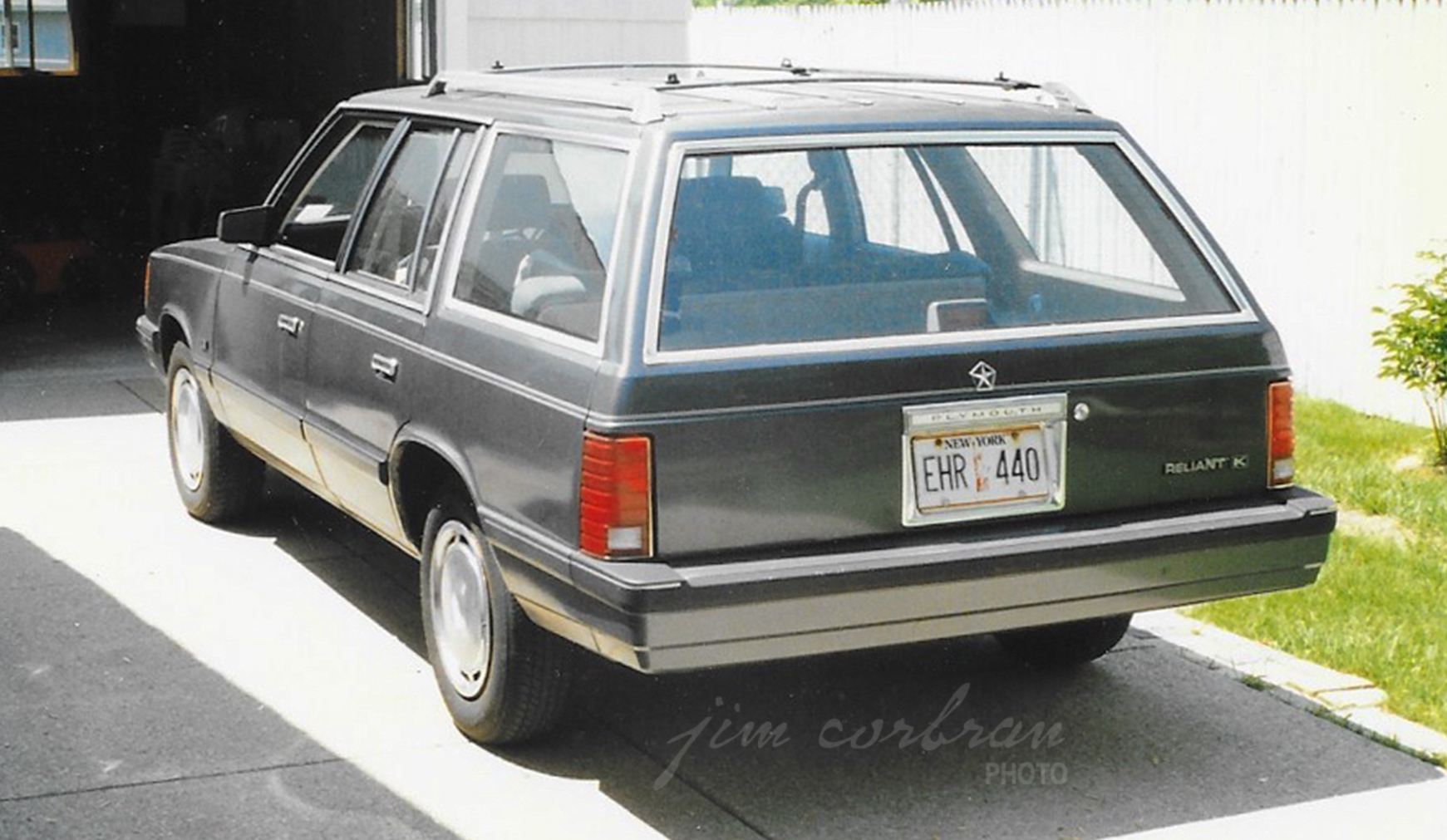 At the risk of offending someone out there, I’m naming this 1987 Plymouth Reliant as the worst automobile purchase I ever made… and that’s saying something considering my first car. The Reliant was a “we need a car now” buy as my nine-year-old Ford Escort needed about eleventy costly repairs all within the span of a couple of weeks during the year I was a stay-at-home Dad. The final straw came when it broke down in a local used car lot while I was doing some after-hours shopping. This K-car wagon was painted a dark gray for a good reason — it mirrored its mood. I’d have been better off fixing the Escort than buying this thing, which disappeared about six months later, replaced by a brand new 1996 Geo Metro LSi. This photo was taken in our Tonawanda driveway.