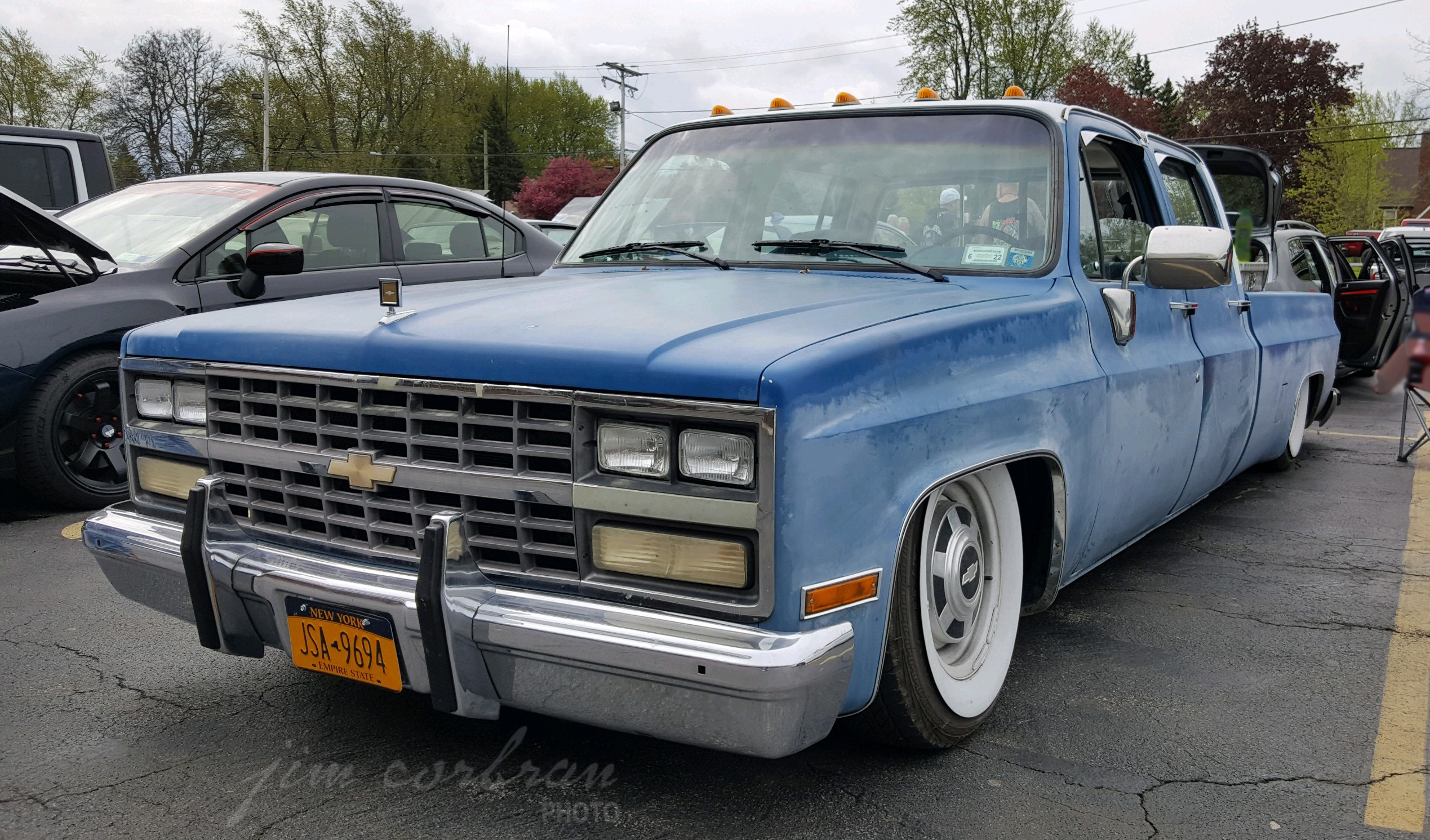 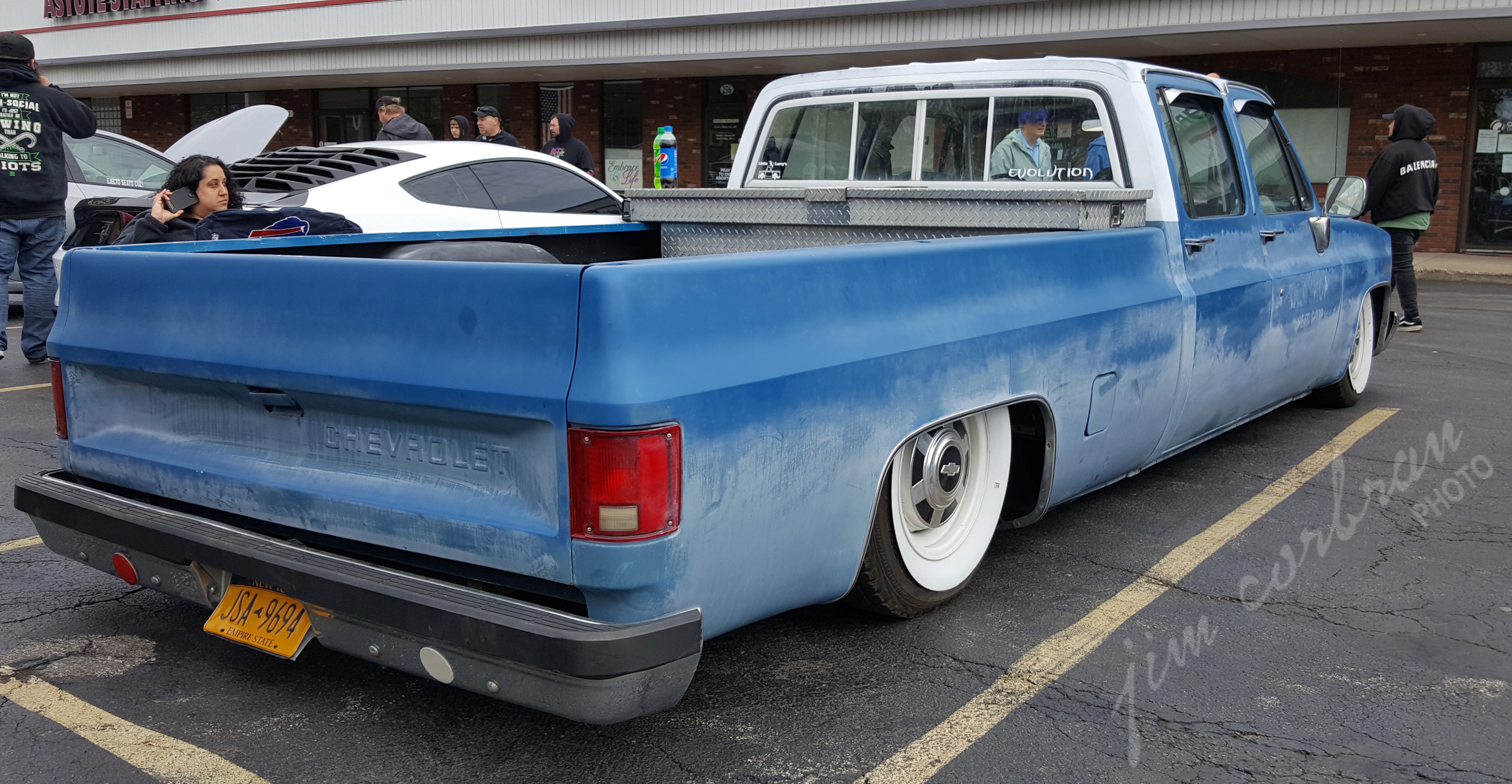 As if this 1991 Chevrolet Crew Cab Fleetside wasn’t already long enough, this one’s been dropped pretty close to the ground, giving it the illusion of even more length. Owned by Ashley Hanes of Cheektowaga, the ’91 Crew Cab has a wheelbase of 164.5 inches with an eight-foot cargo bed — the brochure that I found doesn’t list its overall length. I guess the answer would have been, “If you have to ask…” And no, it didn’t quite fit into its assigned parking space at last month’s Cars and Coffee at Wimbledon Lanes in West Seneca, Lol... Standard powerplant was a 5.7L V8; options were a 7.4L V8 and a 6.2L Diesel V8. According to Ashley's husband Ryan, this one has a factory 454cid (7.4L) hooked up to an automatic transmission.