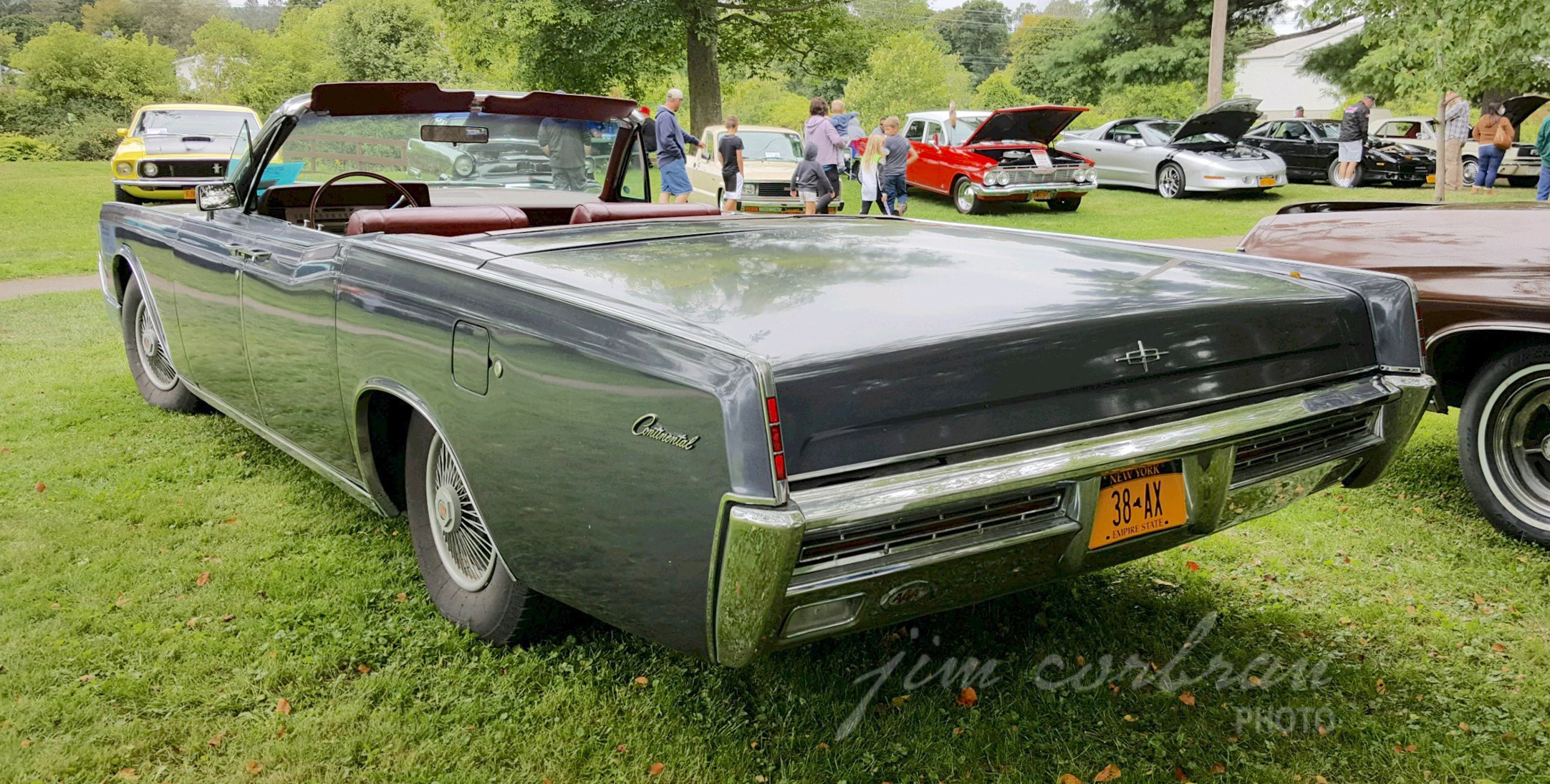 It’s not often you see a 1967 Lincoln Continental wearing black shoes. I think it looks pretty gangster — especially this one's right-front view which shows where a hubcap has gone AWOL.  Lincoln’s marketing folks may have been toying with rival Cadillac when they told us the ’67 Continental was “…built to the highest standards in the world and tested more thoroughly than any other car.” Of course, back then GM’s flagship luxury brand was still using the tagline “Standard of the World.” Lincoln countered with “America’s most distinguished motorcar,” ceding, I guess, the rest of the world to Cadillac. We saw this RealRide last summer at a car show in Wellsville, sponsored by the Ancient Order of Hibernians.