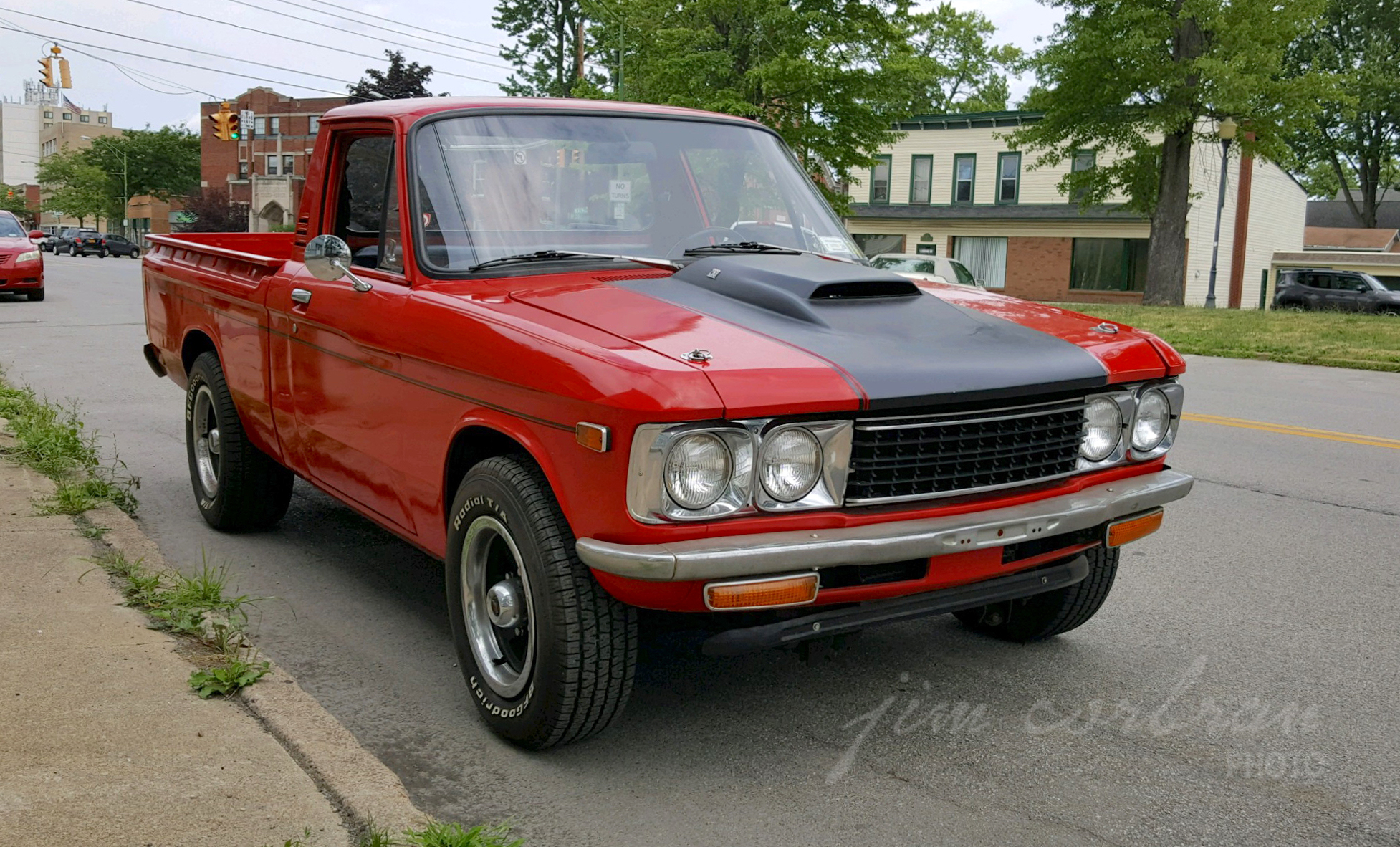 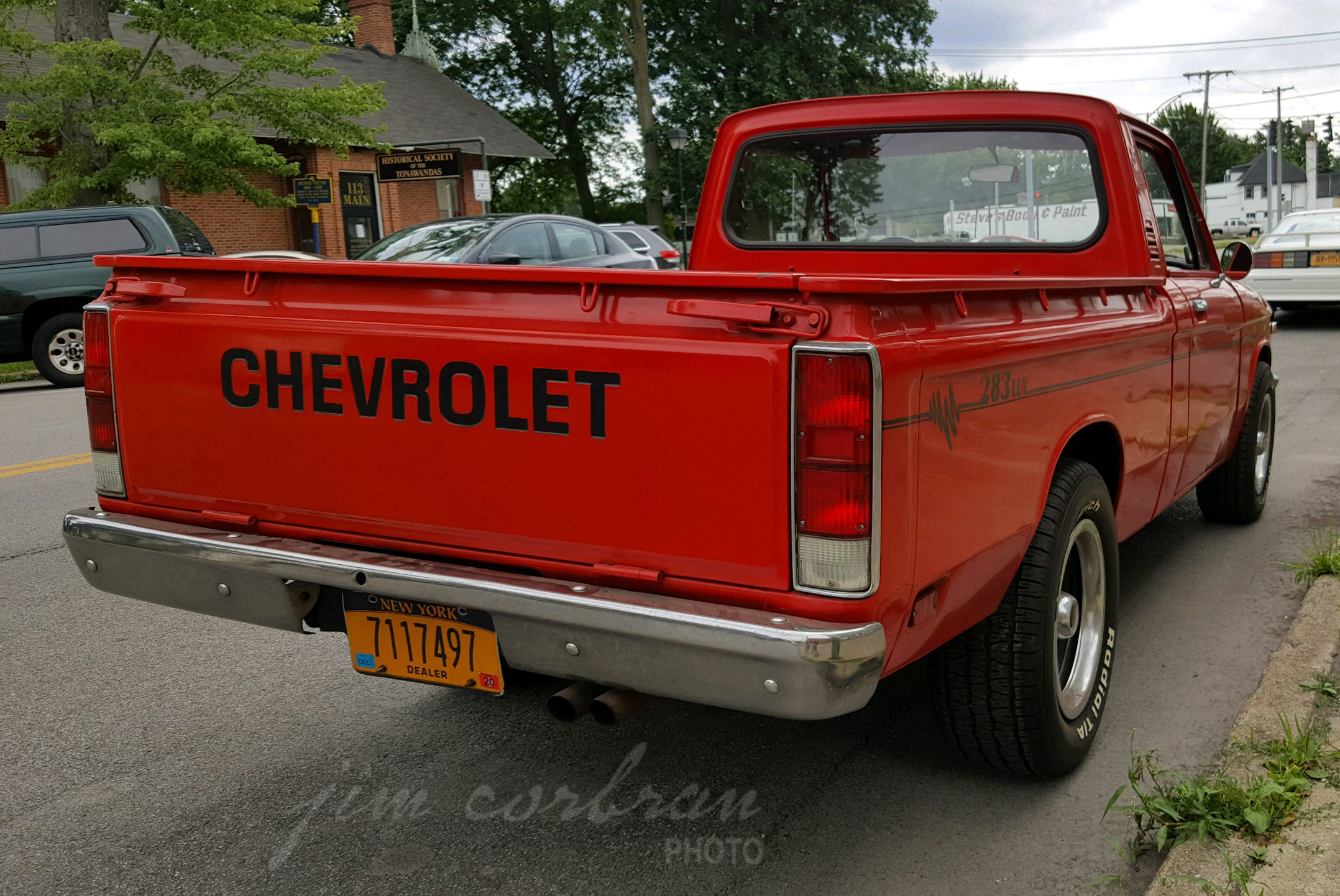 If back in the ‘70s you needed a small pickup, your choices were varied. Detroit’s Big Three all offered versions of Japanese imports in which they had some sort of financial interest. Ford offered a version of a Mazda which they called Courier, Chrysler rebadged a Mitsubishi as a Dodge Ram 50/Plymouth Arrow, while General Motors was selling this 1975 Chevy Luv— which was an Isuzu Faster in disguise. You don’t see many of these around anymore because… well, who would ever have thought anybody’d be interested some 40 years later? Lol… This example, seen a few weeks ago in Tonawanda, may or may not have a 283 Chevy V8 under the hood. The truck’s graphics/badges and hood scoop might lead one to that conclusion. 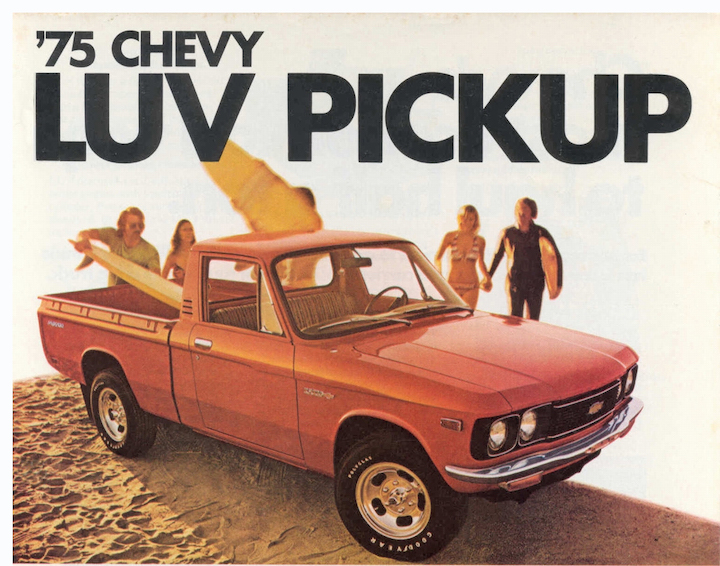