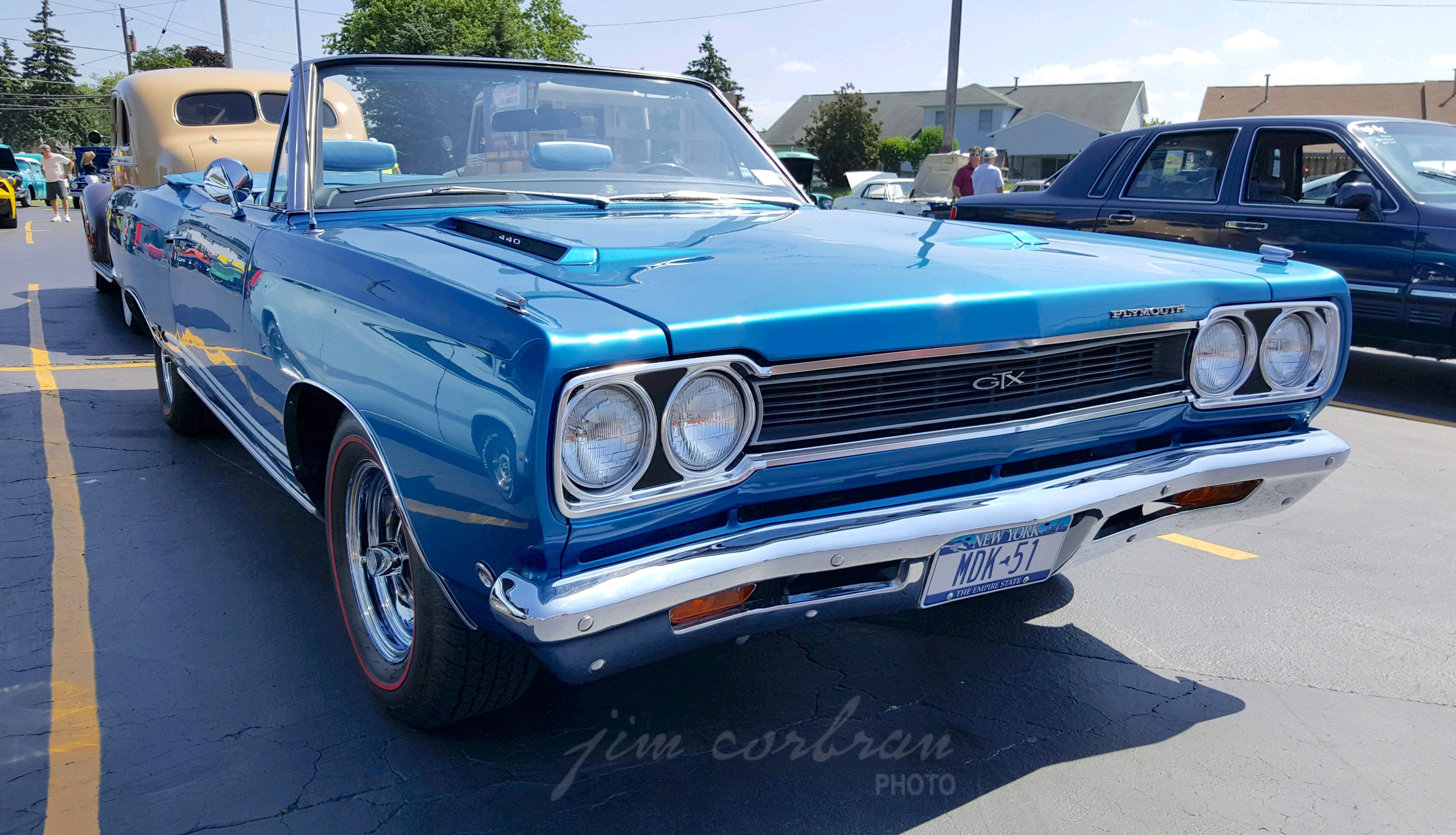 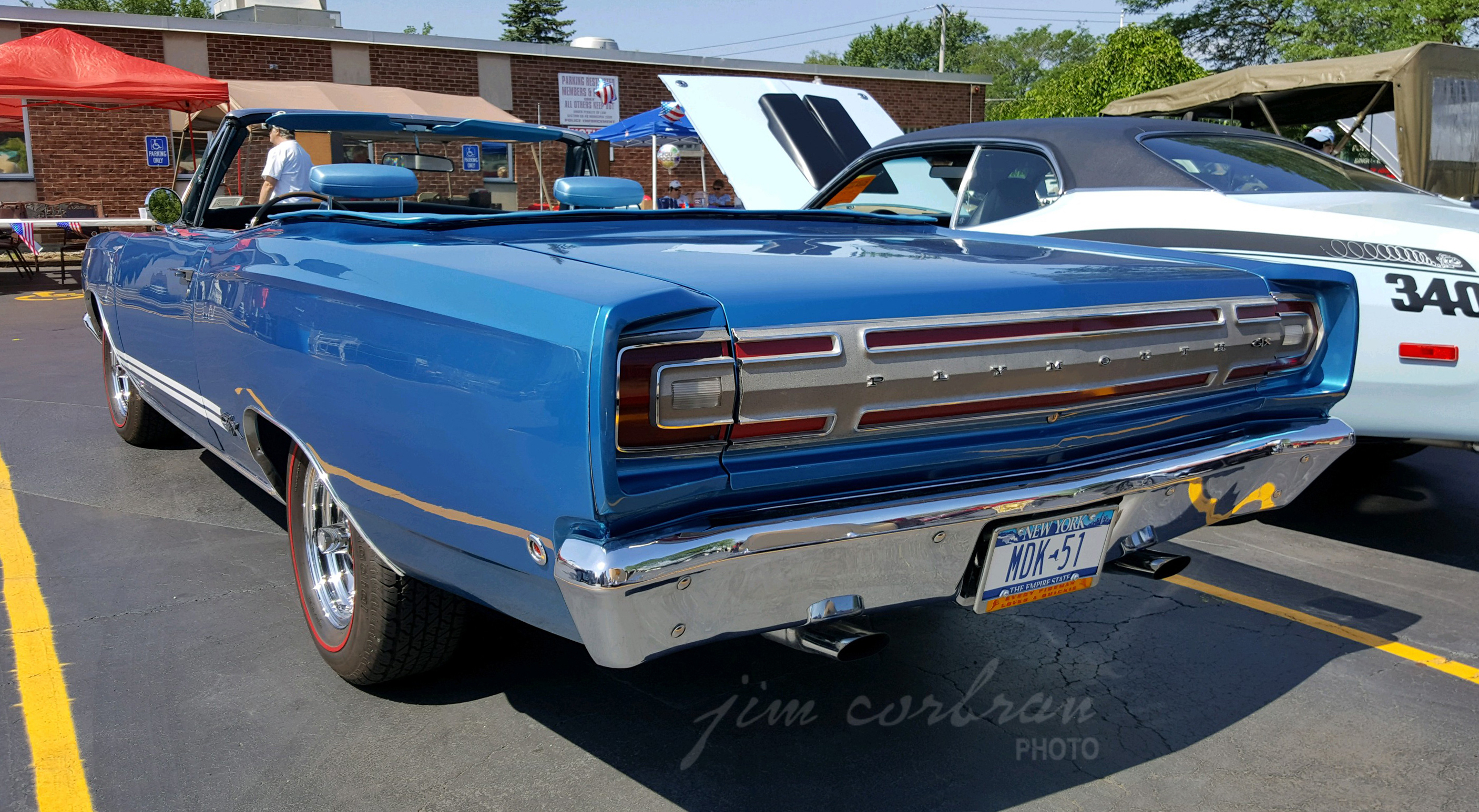 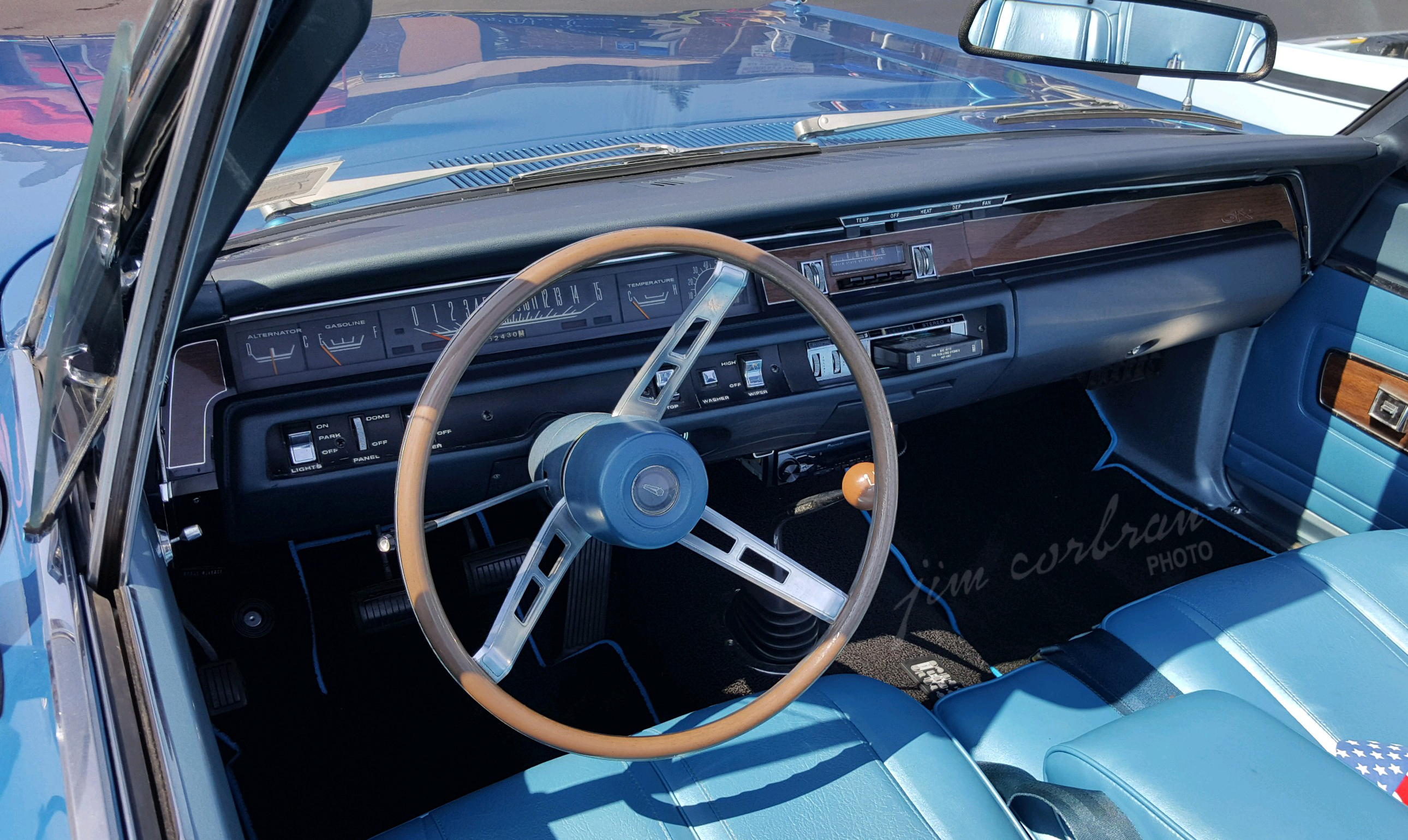 Back when this 1968 Plymouth GTX was new, muscle cars were still pretty popular. Plymouth sold not only two versions of the GTX (there was also a two-door hardtop) which came standard with Chrysler’s 440cid 4-bbl V8, there were also two “less fancy” Road Runners with a slightly less potent 383 4-bbl V8. Meanwhile, the Holy Grail of Mopar motors, a 426cid Hemi V8, was optional on both the GTX and the Road Runner. Today’s RealRide appears to have the 440, along with a set of period-correct red line tires, Hurst shifter, and 8-track tape player. We saw it last summer at a car show at the Polish Falcons in Depew.