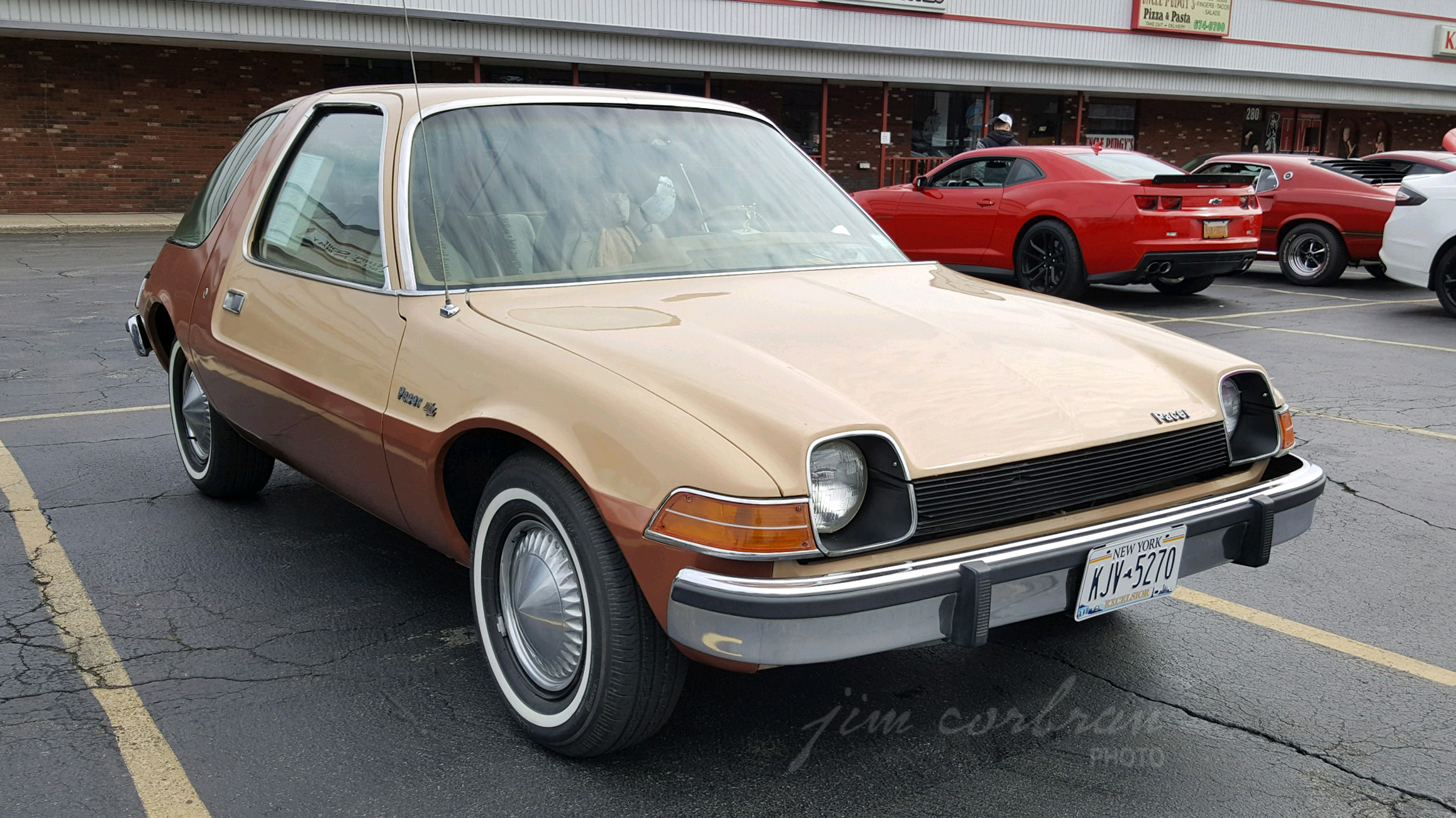 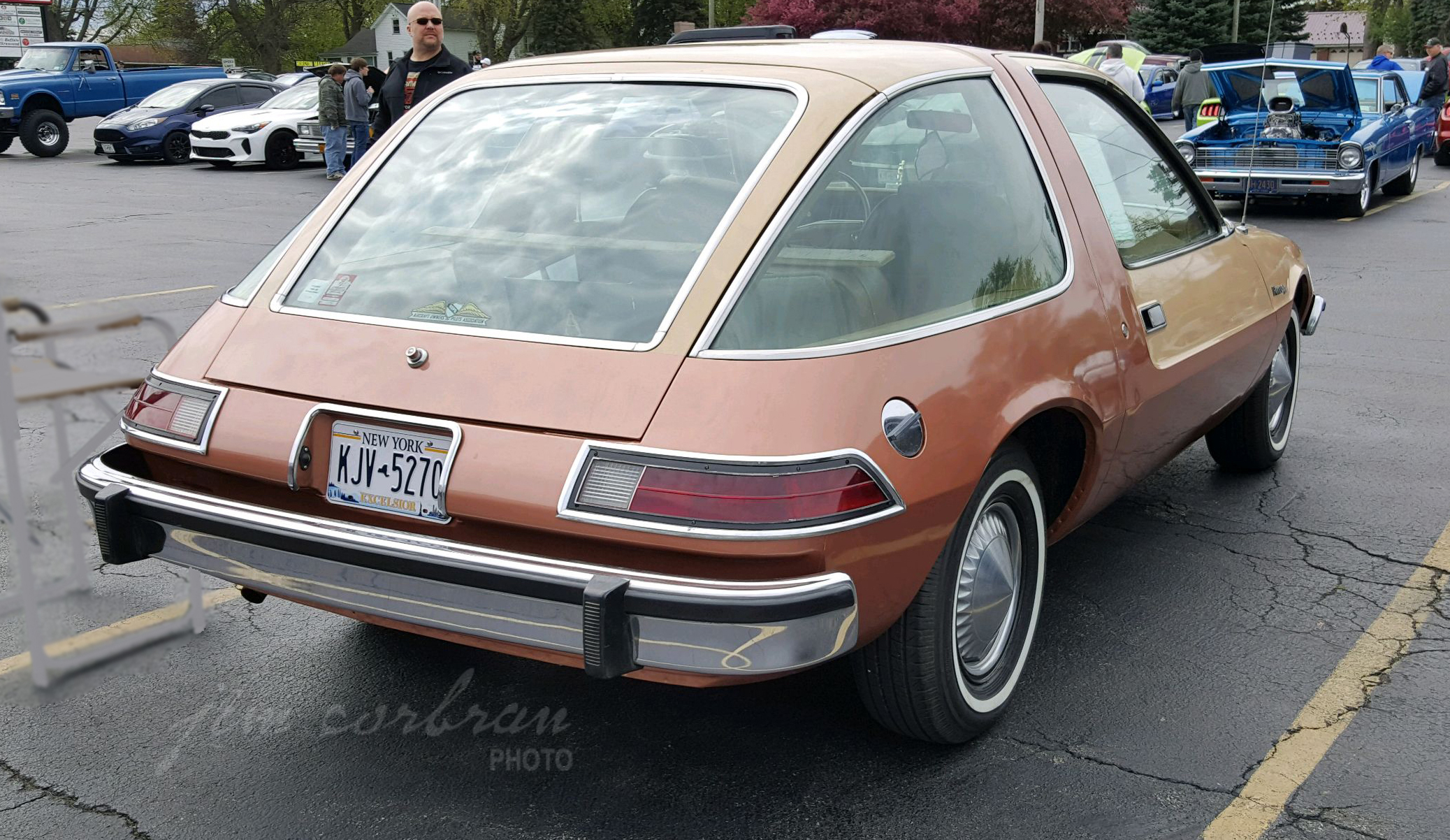 It’s not often you see a 1976 AMC Pacer at a cruise night… but we ran across this one twice in one week last month. These photos were taken at May’s monthly Cars & Coffee at Wimbledon Lanes in West Seneca (we also saw it at a Drifter’s Cruise Night in Hamburg). Produced from 1975-79, AMC originally designed the Pacer to be powered by a rotary engine, but things went off the rail somewhere, and the somewhat heavy Pacer was powered by an AMC six until a V8 was made available for MY 1978. This of course, necessitated a bulge in the hood which IMO looked like an afterthought. I guess it was an afterthought when you think about it. Have to wonder how AMC would have fared had they not sunk so much dough into a car which had sales of fewer than a quarter of a million over five model years. When you do see one, it certainly stands out from the crowd.

(After we wrote this piece, we met the owner at another cruise night. Turns out it’s Dave O — former owner of the Bond Bug we featured here earlier this month!)