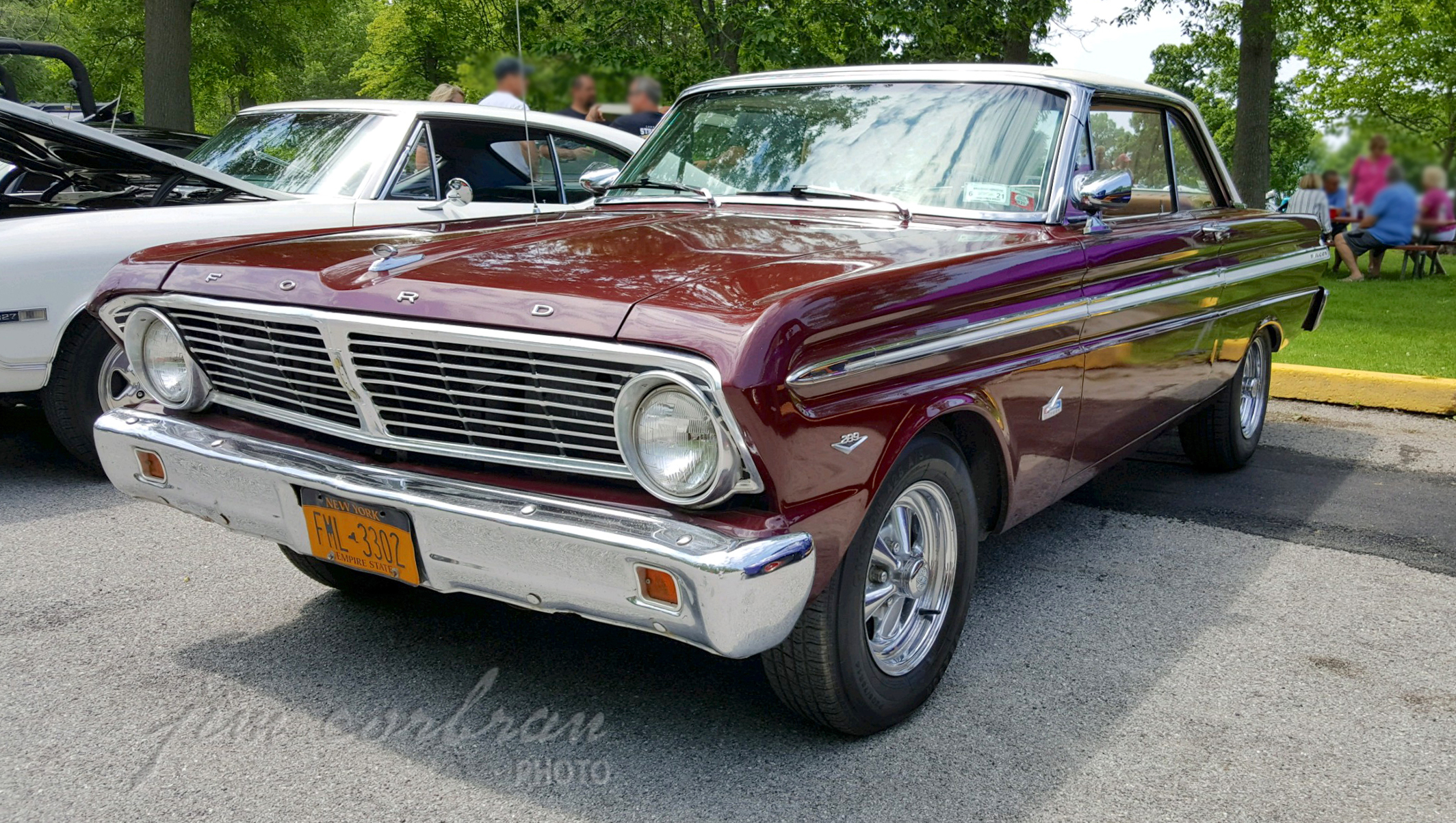 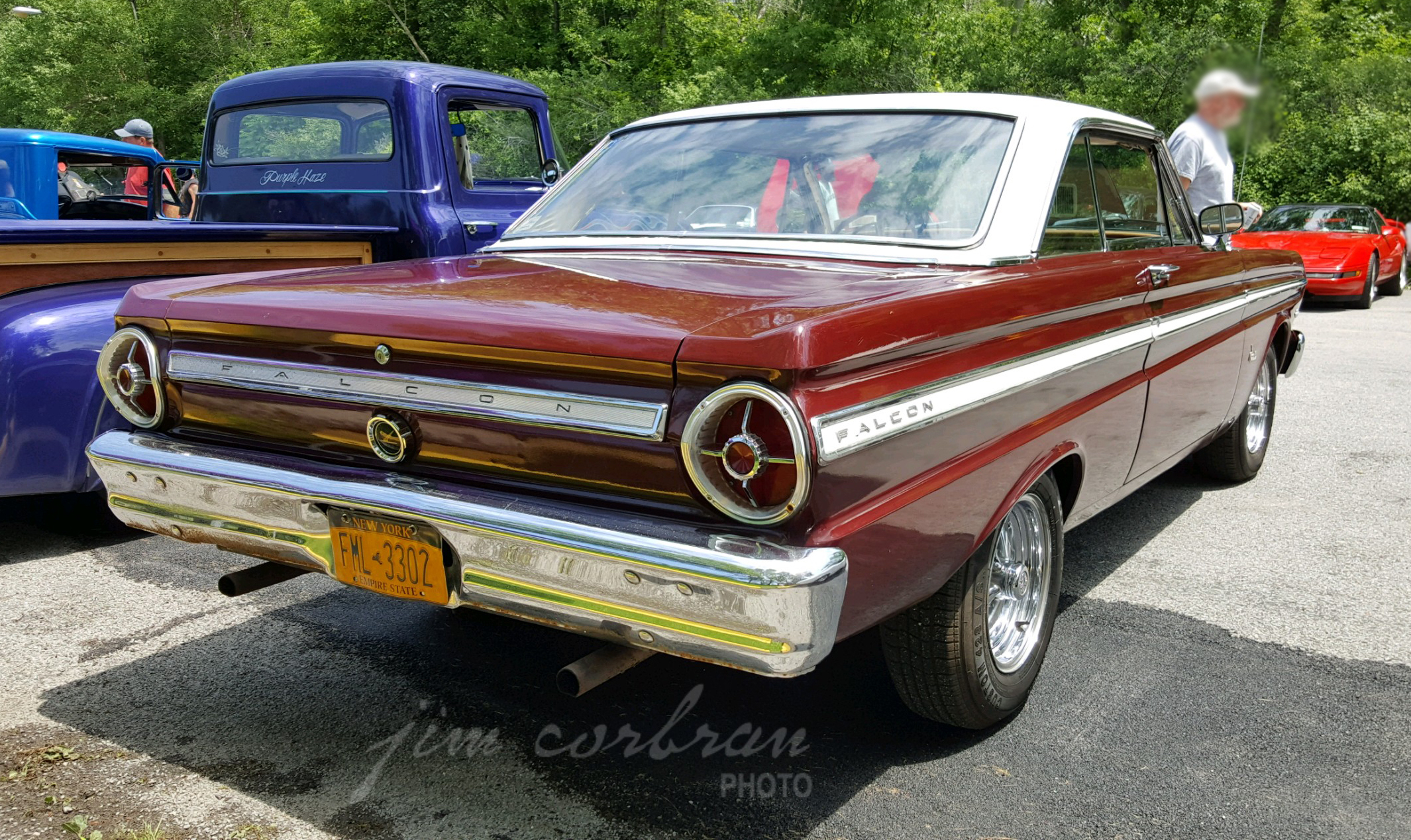 This 1965 Ford Falcon Futura hardtop had some pretty stiff in-house competition from the Mustang, which was introduced in April of 1964. Roughly the same size (the Falcon was a tad longer) and offering most of the same powertrains, the Mustang’s debut didn’t bode well for Ford’s venerable compact. It did have a few advantages going for it, however. Along with the extra length, Falcon offered more trunk space, a lower starting price (by about $146), and a standard front bench seat (which came in handy at more than one drive-in movie). We saw this one, with the optional 289 V8, at last summer’s annual car show in Gratiot Park in Dunkirk.