At the time this 1964 Ford Fairlane 500 was new, it was considered a mid-sized car. As Ford described it in that year’s Buyer’s Digest,  “It’s a car, first of all, that appeals to families. It’s sized just right for them; not too big, not too small.” If that doesn’t help you figure out just how big (or small) the Fairlane was, consider that it was over a foot shorter than a full-sized Galaxie, and 16 inches longer than the compact Falcon. Or, to put it in modern terms, about half-a-foot longer than a new Ford Fusion (which these days is a rather large car!). Model year 1964 marked the mid-sized Fairlane’s first restyling. It would last for one whole model year. The new 1965’s styling would also last for one whole model year. Ford liked keeping their styling studio employees busy back in the 1960s! Saw this one a couple of weeks ago in Lockport. 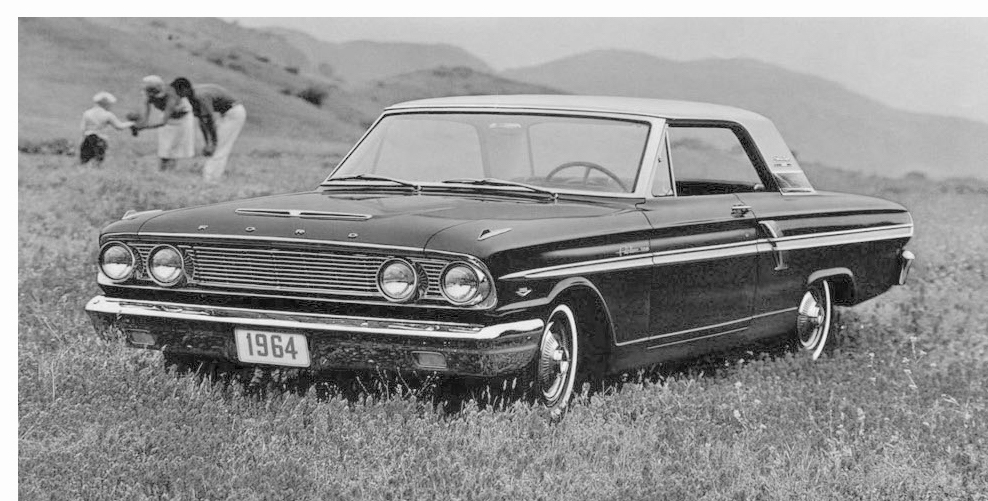