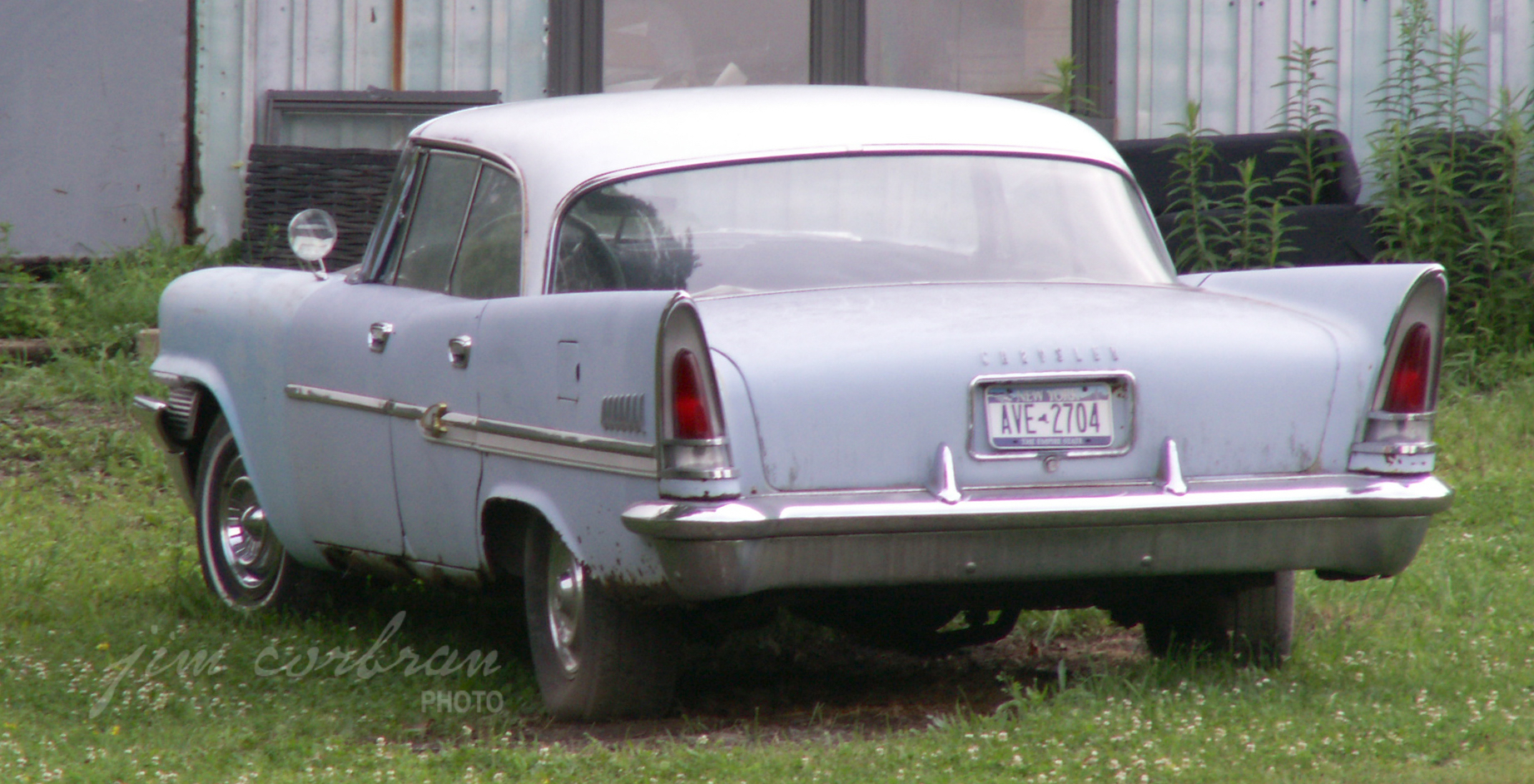 It’s not often these days that you come across a 1958 Chrysler New Yorker 4-door hardtop sitting in someone’s front yard. So you can imagine my surprise 10 or 11 years ago when I was driving through Yorkshire and passed by a house with not one, but two of these Forward-Look pillarless sedans on the lawn (only 4,805 of them were produced). (The other one can be seen in the bottom photo.) This was the second year for this generation of Chrysler, with minor tweaks to the styling which some (hand raised!) might argue were not all for the better. The NY’er was still the top of the Chrysler heap for MY 1958, and was also available as a two-door hardtop and convertible, four-door sedan, and two station wagons.