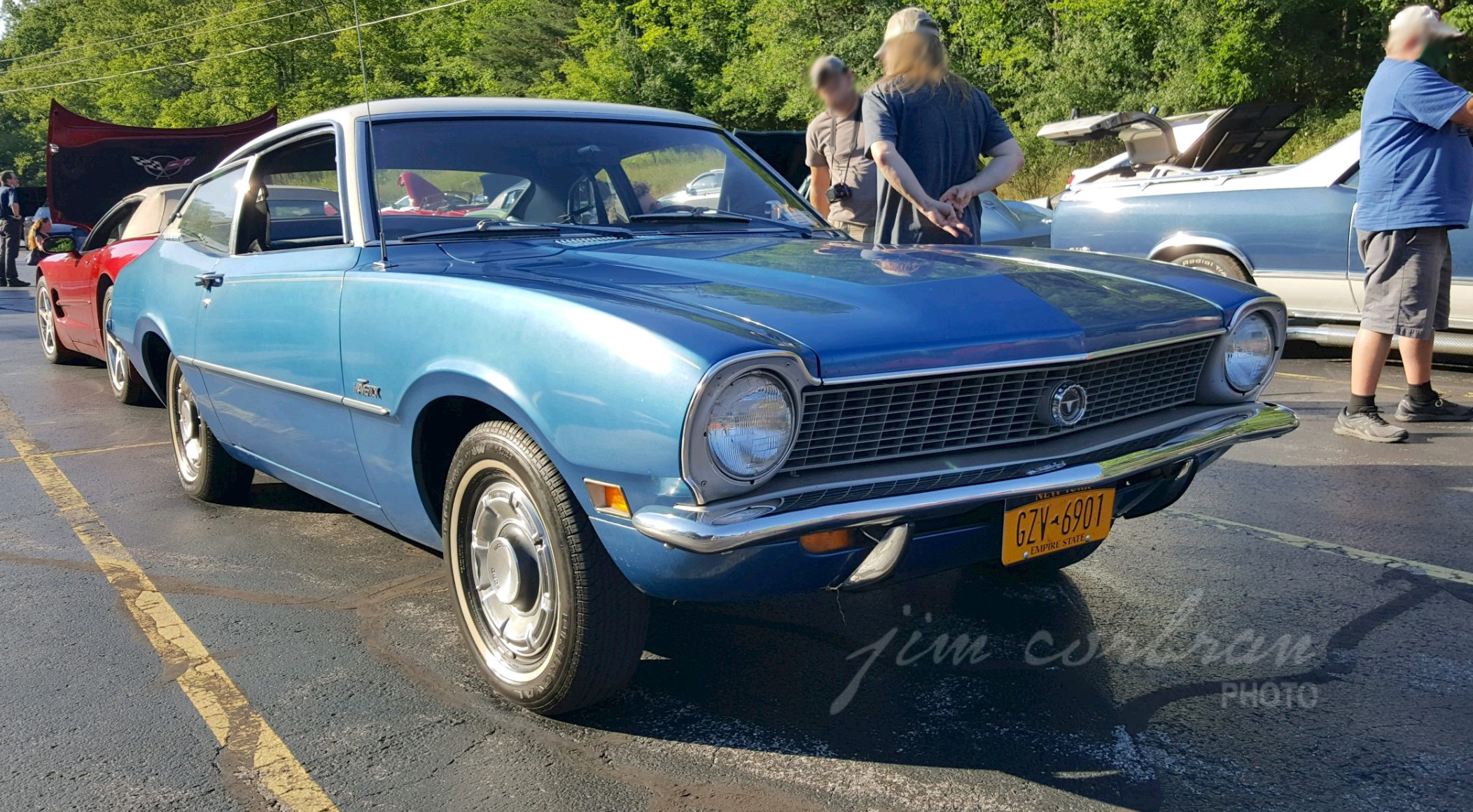 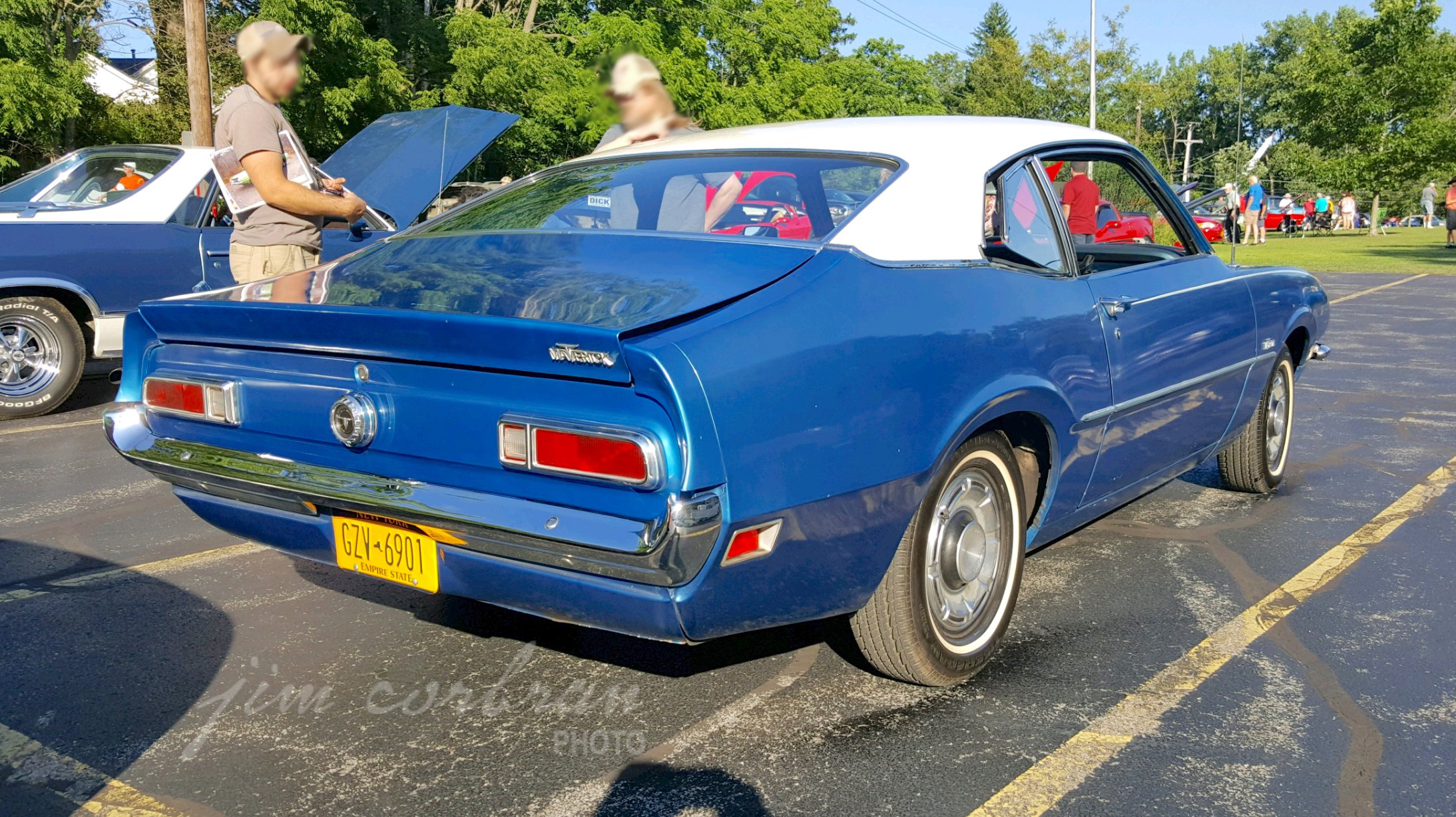 Sales of the 1971 Ford Maverick didn’t quite match those of its previous, debut year of 578,914. As a matter of fact, with sales of 281,897 they were less than half the 1970 numbers. And this was with the addition of a four-door sedan! But, remember that 1971 marked the debut year for the even smaller (and less expensive) Ford Pinto, which racked up sales of 352,402 — how many of those would have been Maverick sales? We’ll never know. This nice two-door is owned by Gowanda’s Steven Botsford, whose eclectic car collection always draws a crowd. This two-door had a starting MSRP of $2,175 and has the optional Accent Group ($52), Tu-Tone Roof Paint ($28), and White Sidewall Tires ($58). We came across Mr. Botsford and his Maverick at a cruise night in East Aurora.