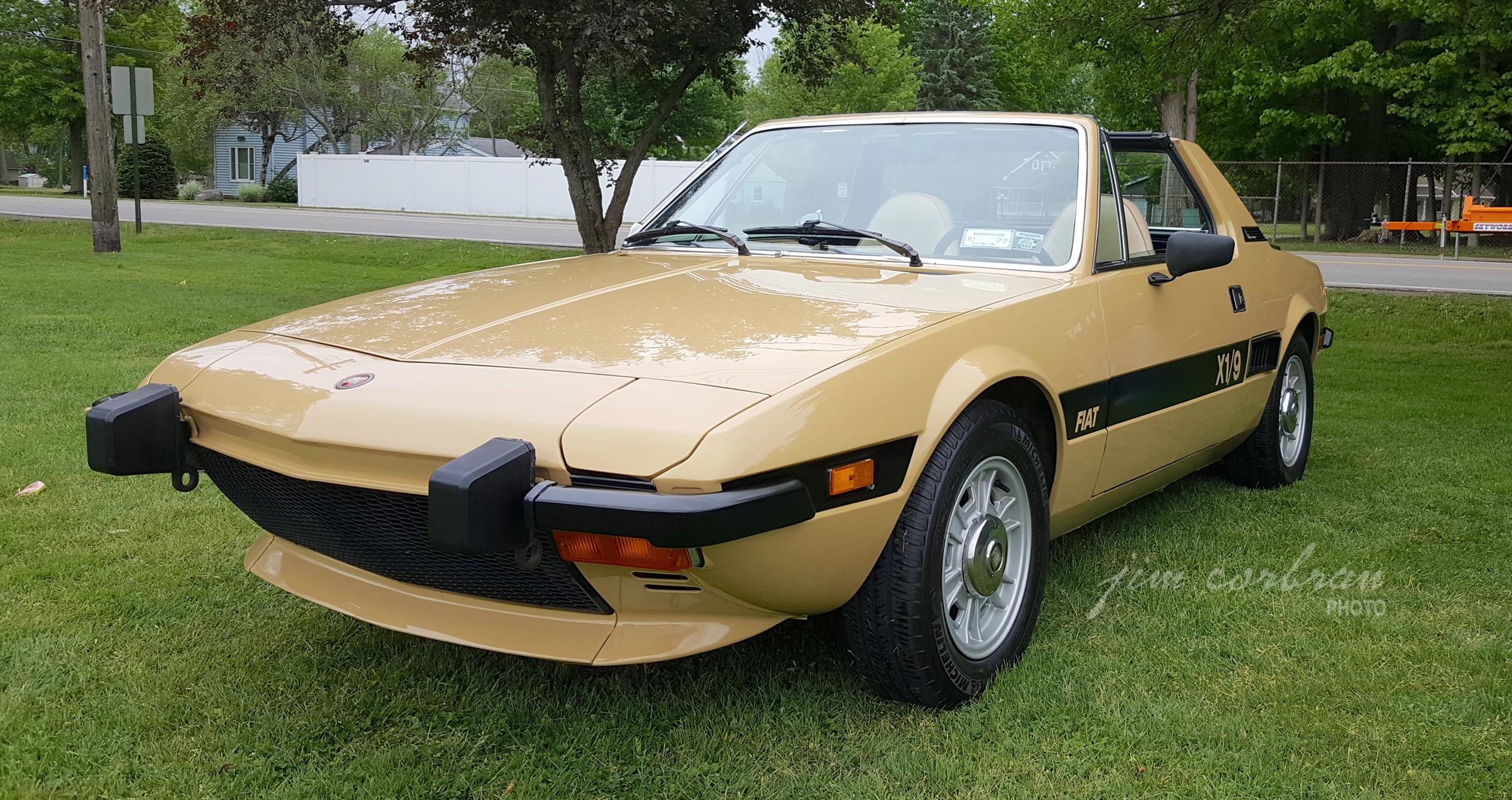 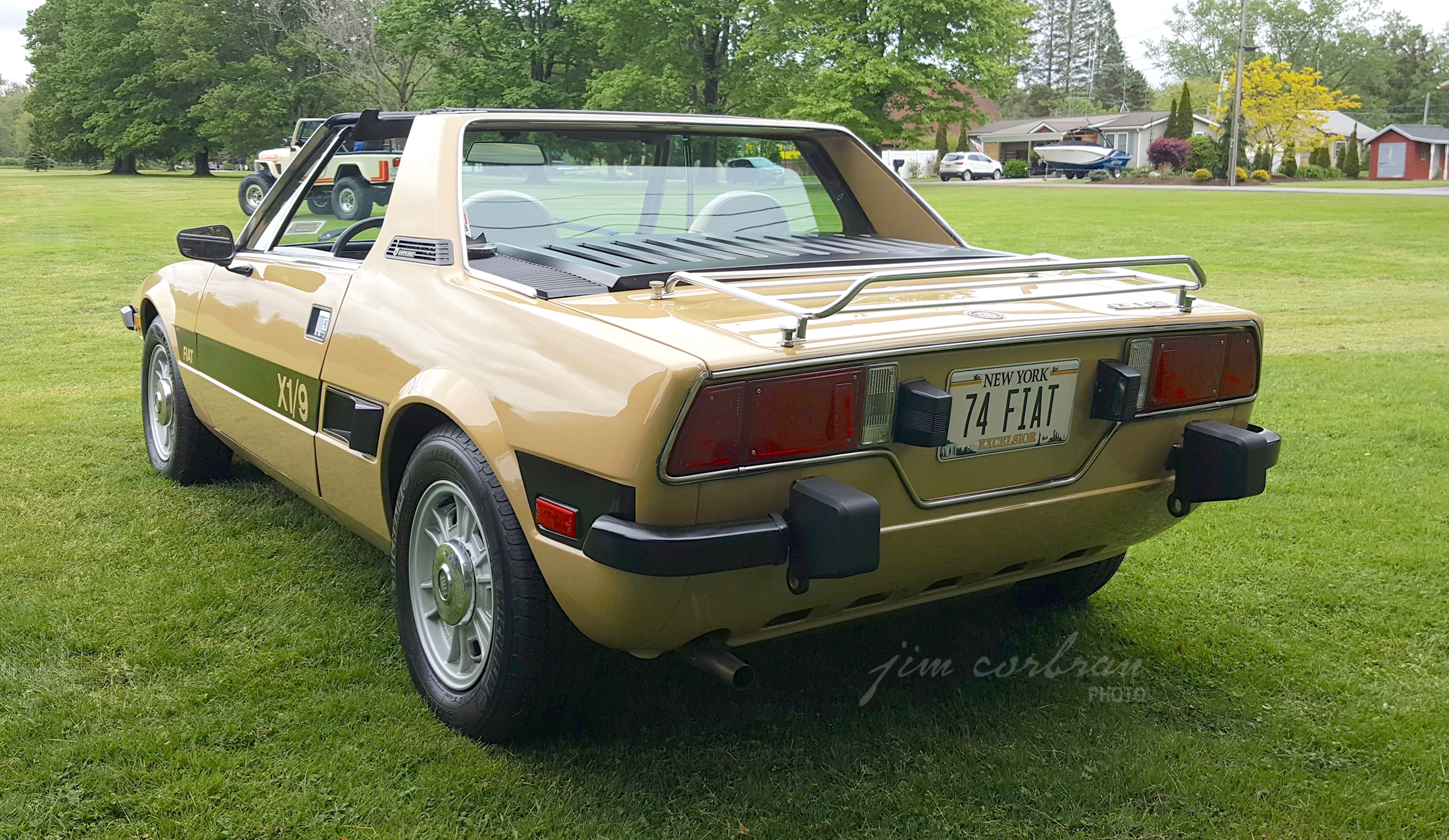 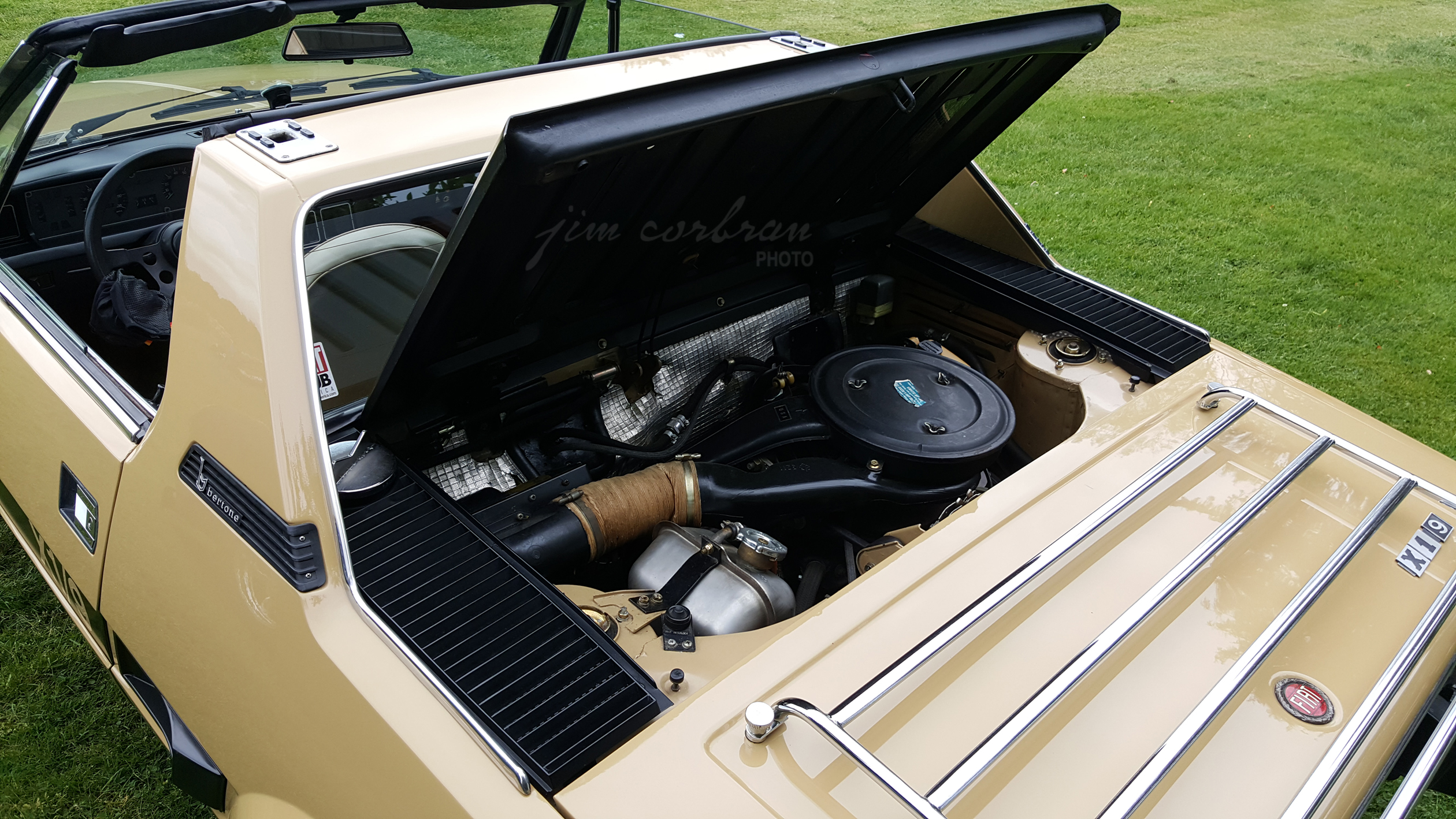 Our reward for a drive to Bemus Point a few weeks ago on a mostly cloudy day with a constant threat of rain was this 1974 Fiat X1/9. This 47-year-old mid-engine sports car is on its second owner, a chap named Tom who lives in Jamestown but is originally from the Niagara Frontier (we even have a mutual acquaintance from “back in the day”). And of course, as many of these stories go, he bought this car a few years ago because… he had one when he was younger! How many times have we heard that story, Lol… Tom tells us it’s pretty much original except for a respray (in its original color) which was done some years before he bought it. We came across him and his Fiat at the 2021 Kick-Off Cruise-In sponsored by the Southern Tier Classic Chevy Club.