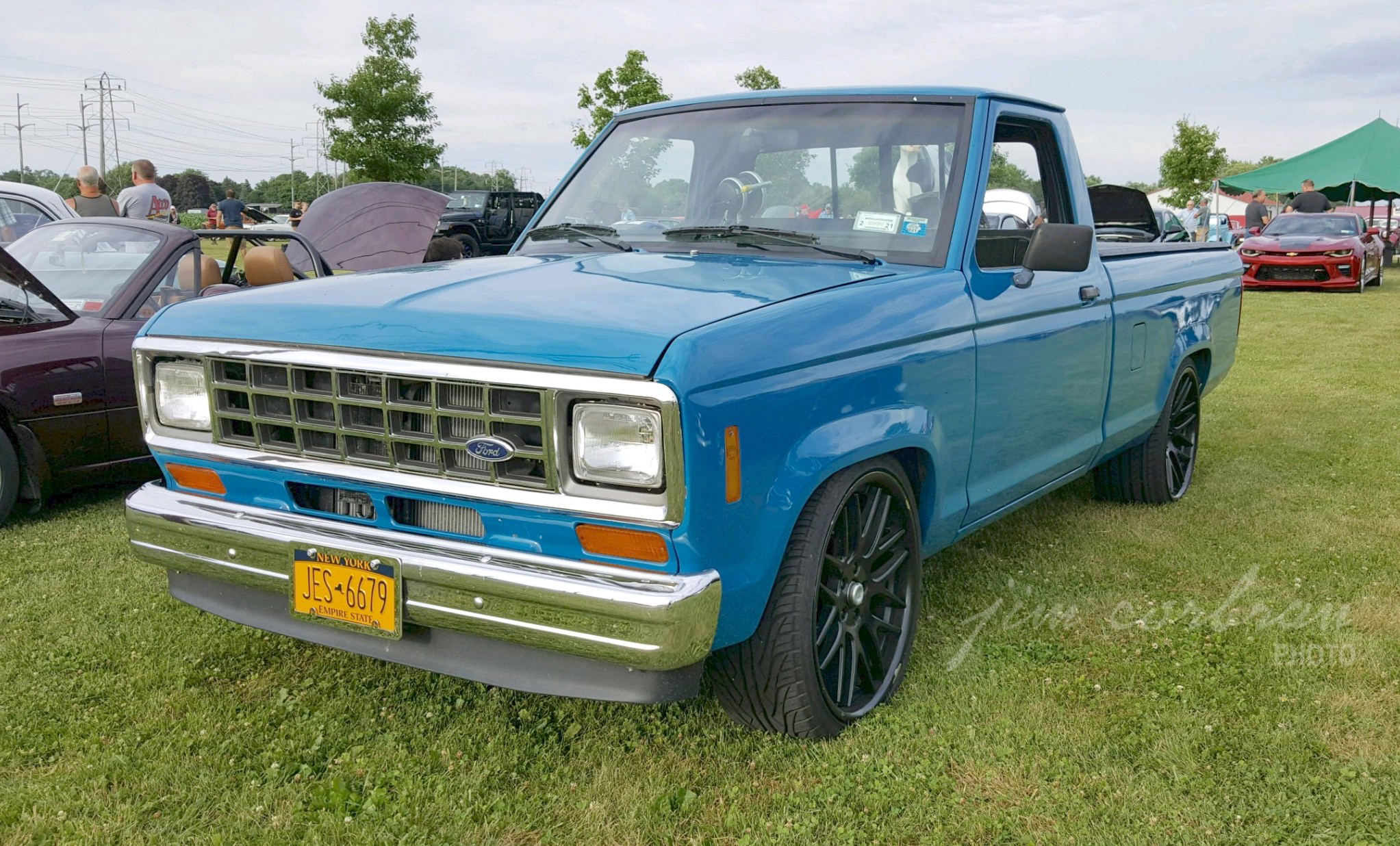 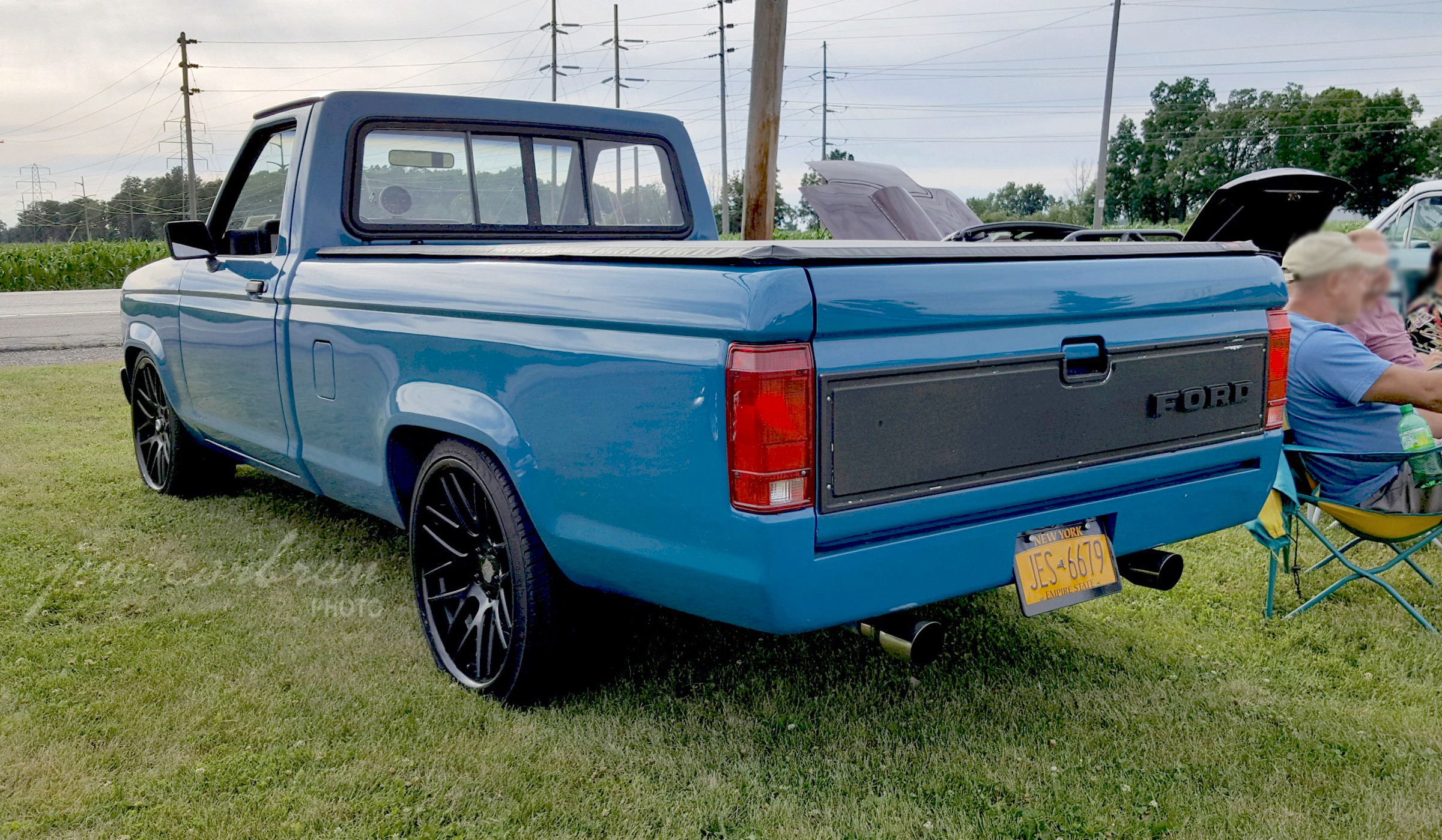 Saw this 1983 Ford Ranger at a cruise night in Sanborn a while back. You don’t see many of these anymore, on the street or especially at cruise nights/car shows. This one looks like its been lowered a bit, and treated to a modern paint job & rims. 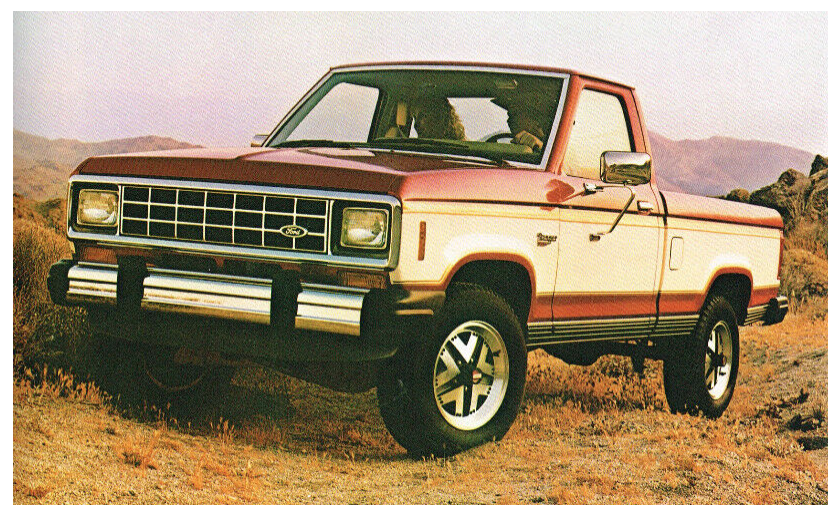 A magazine ad for the ’83 Ranger proclaimed it had “…the widest cab of any small truck,” and that its new V6 engine had “…more horsepower and torque than Chevy’s S-10!” In 1983 the Ranger was still available only as a regular cab, but with its standard bench seat Ford told us it would seat three. For more cargo-carrying capacity there was an optional seven-foot bed which came with a six-inch longer, 113.9 inch wheelbase.