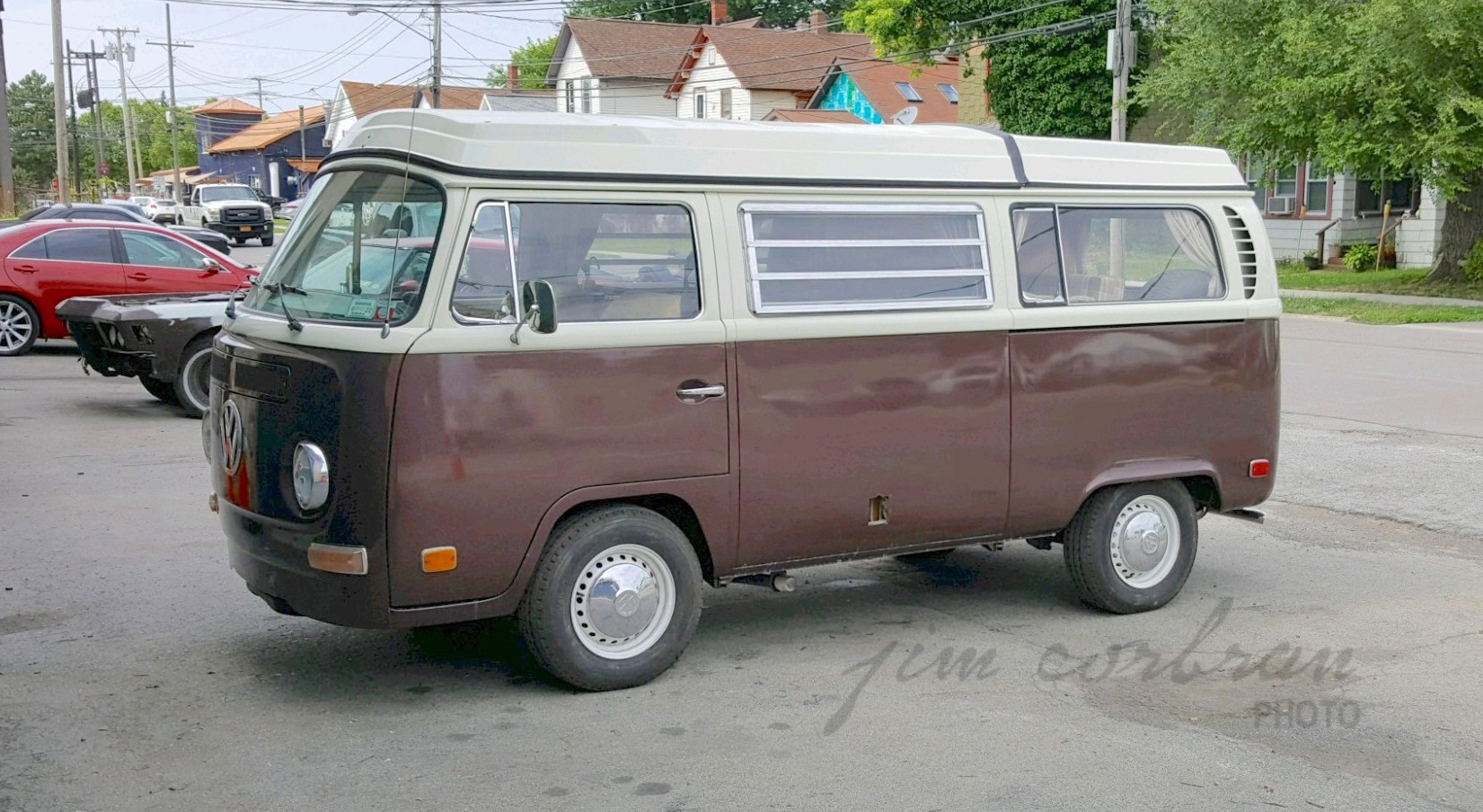 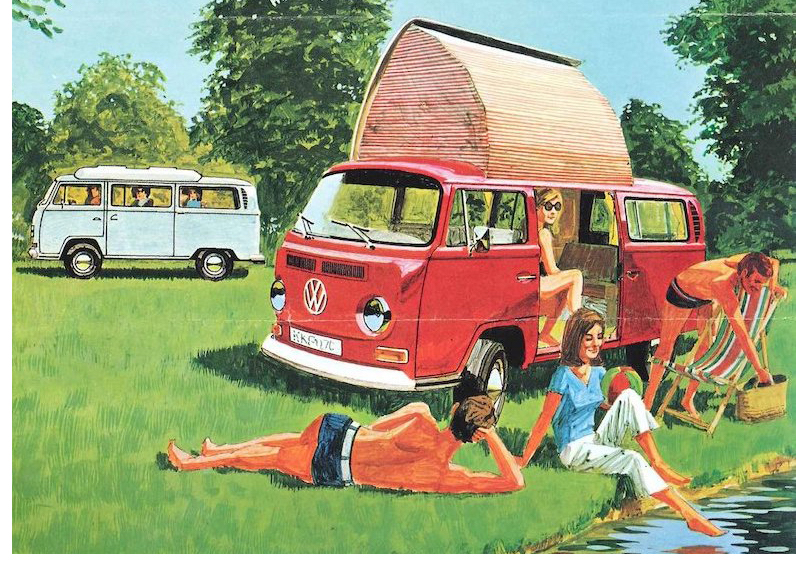 I imagine a lot of you out there have a story or two about one of these. Mine involves one of the earlier models, owned by a friend when we were 19 or so years old. It was probably only a seven- or eight-year-old bus, but it was the most unreliable vehicle I’d ever been associated with. One night, very late, on the Thruway (why would we ever take that thing on the Thruway?) it stalled as we approached the Williamsville toll barrier from the east. Three of us got out and pushed as the owner tried restarting it by popping the clutch. It worked, but he almost forgot to stop and wait for us to catch up! This 1971 Volkswagen Type 2 camper was seen a few weeks ago parked in Tonawanda. It looks like a Westfalia conversion, probably the most common VW camper sold in the U.S. In Great Britain they offered another, quite different camper conversion called a Dormobile, which is pictured above in the illustration. Compare it to the opened Westfalia below… 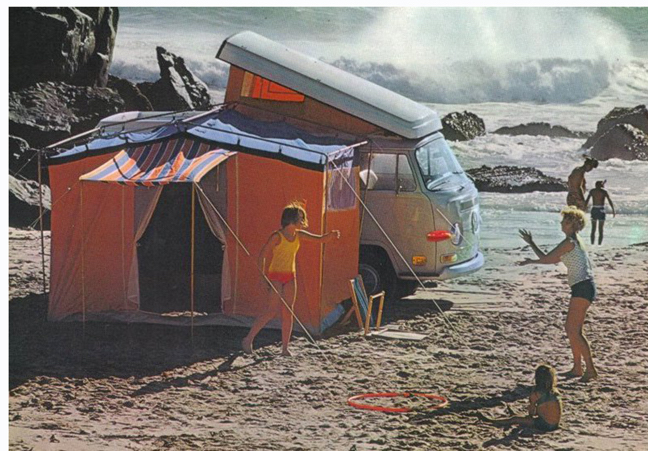