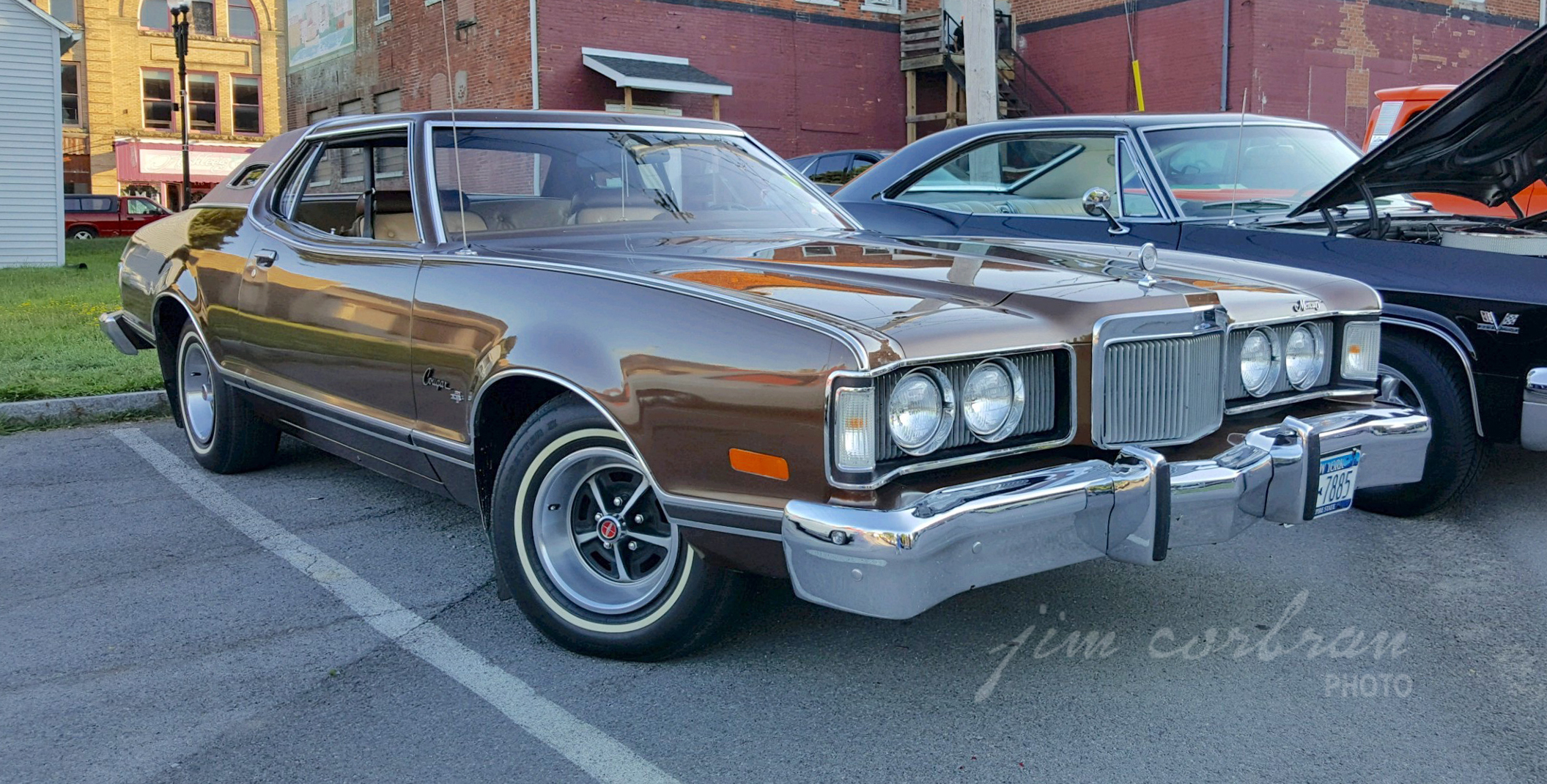 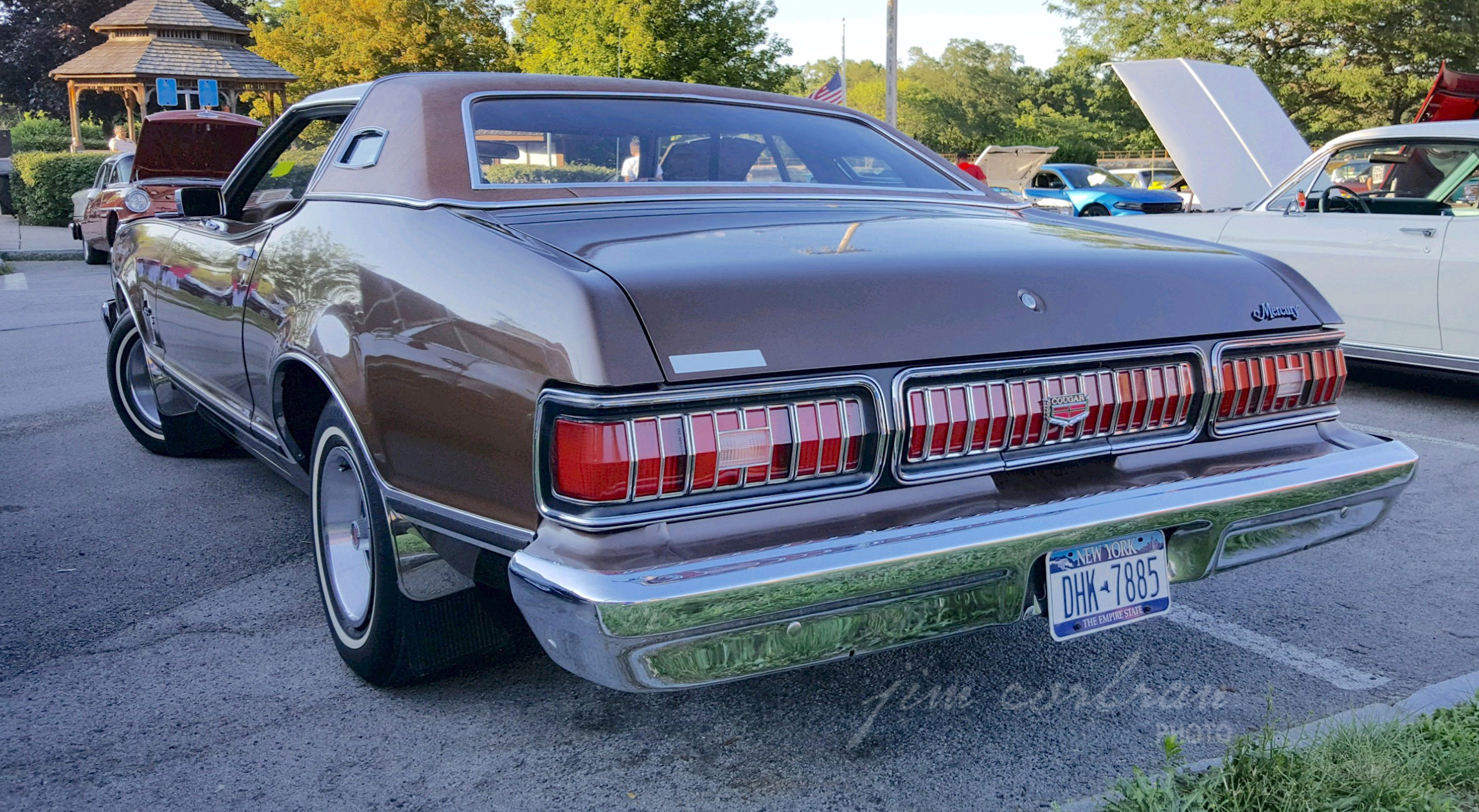 Automotive styling took quite a hit when the hastily designed five-mph bumpers came about. The 1974 Mercury Cougar XR-7 was one of the victims. From a block away you can tell that the bumpers (battering rams?) were no more than an afterthought. Luckily, all manufacturers were in the same boat, and it would take a few years before they could actually design the bumpers along with the rest of the car. This of course brought about the end of the “bumper” as we knew it — a pair of chromed bookends fore and aft, many of which weren’t really any good for “bumping” at all. Which is what brought about the new regulations. Today’s nicely preserved RealRide was spotted at a cruise night in Medina.