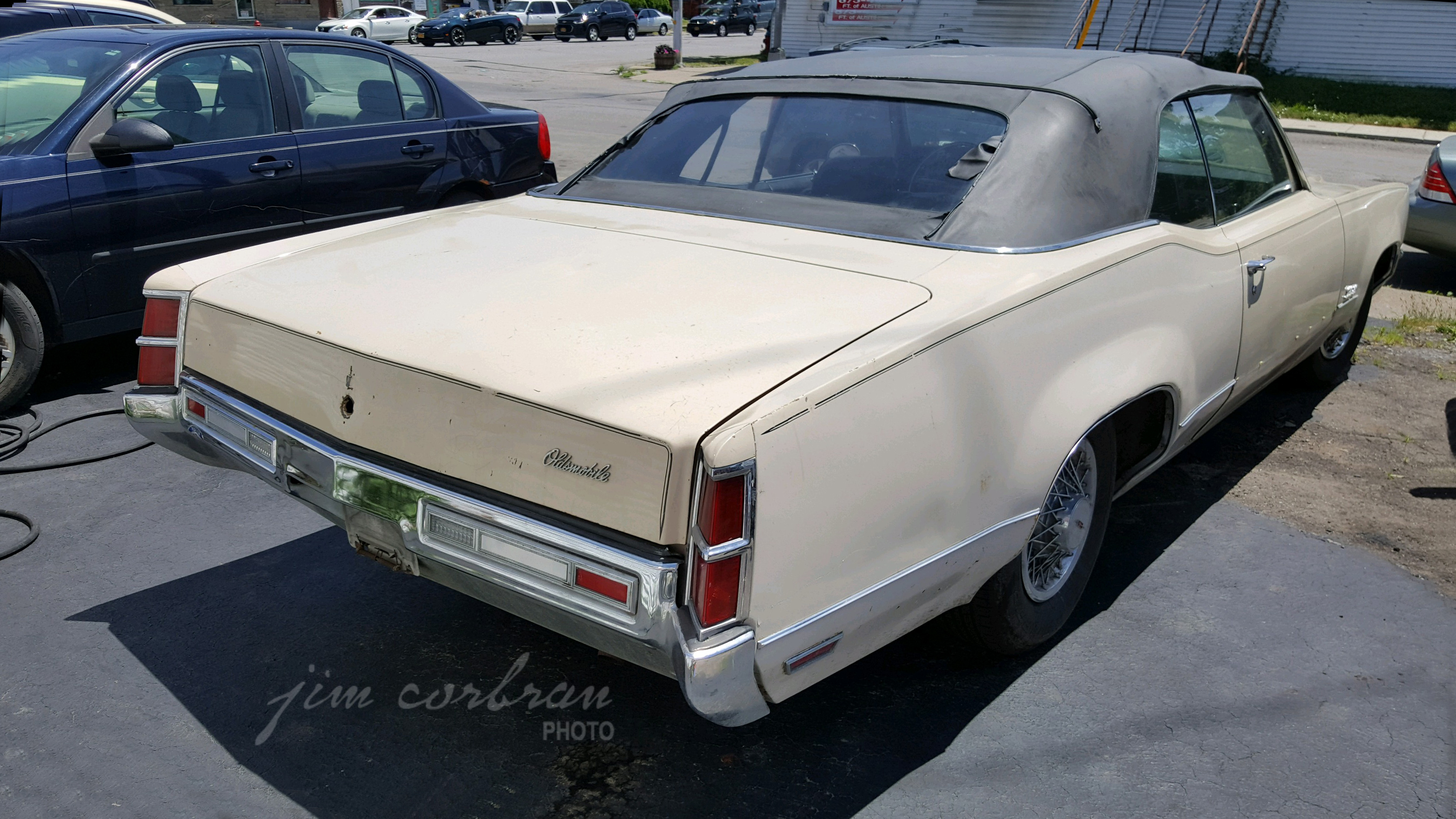 This 1970 Oldsmobile Delta 88 is one of only 3,095 produced, and it had a starting MSRP of $3,903. The Delta 88 was Olds’ lowest-priced full-sized nameplate, and it also consisted of two- and four-door hardtops (a pillarless hardtop was a “Holiday” in Olds-speak) as well as a pillared four-door Town Sedan; the Delta 88 Custom mirrored that lineup, less the convertible, while the top of the Delta line was a Royale Holiday Coupe. This RealRide was spotted in a used car lineup in the Black Rock neighborhood of Buffalo, a stone’s throw from Riverside.