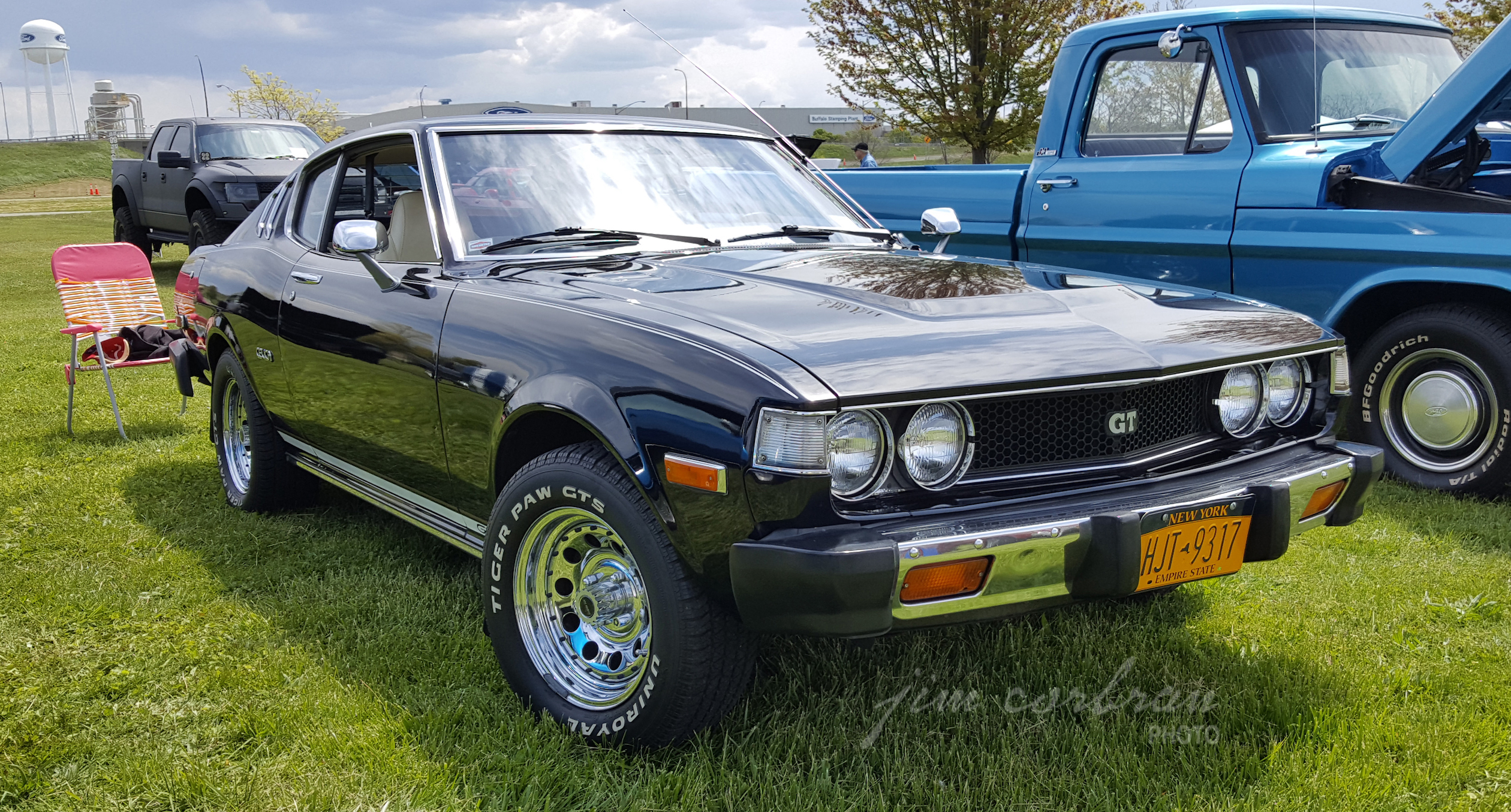 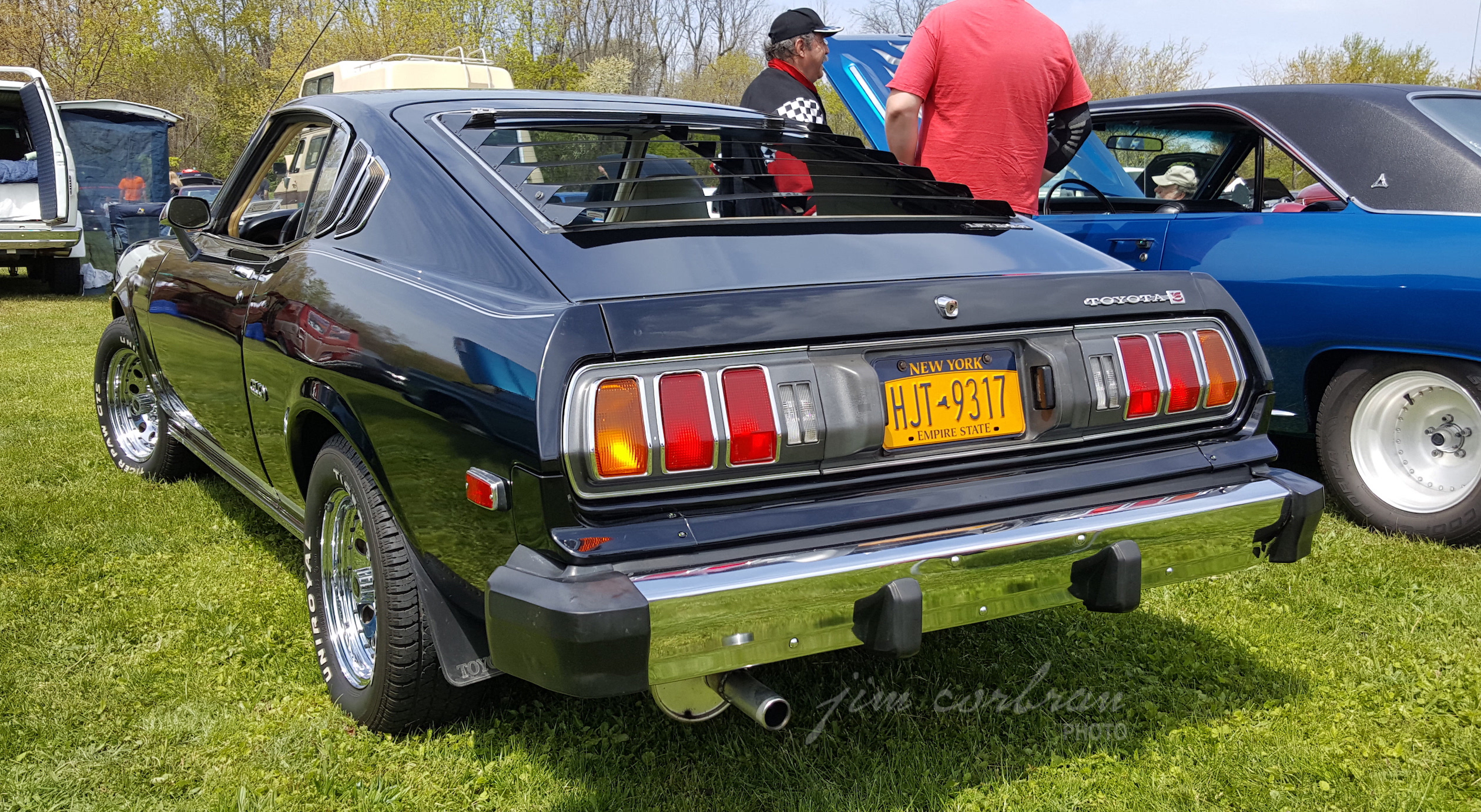 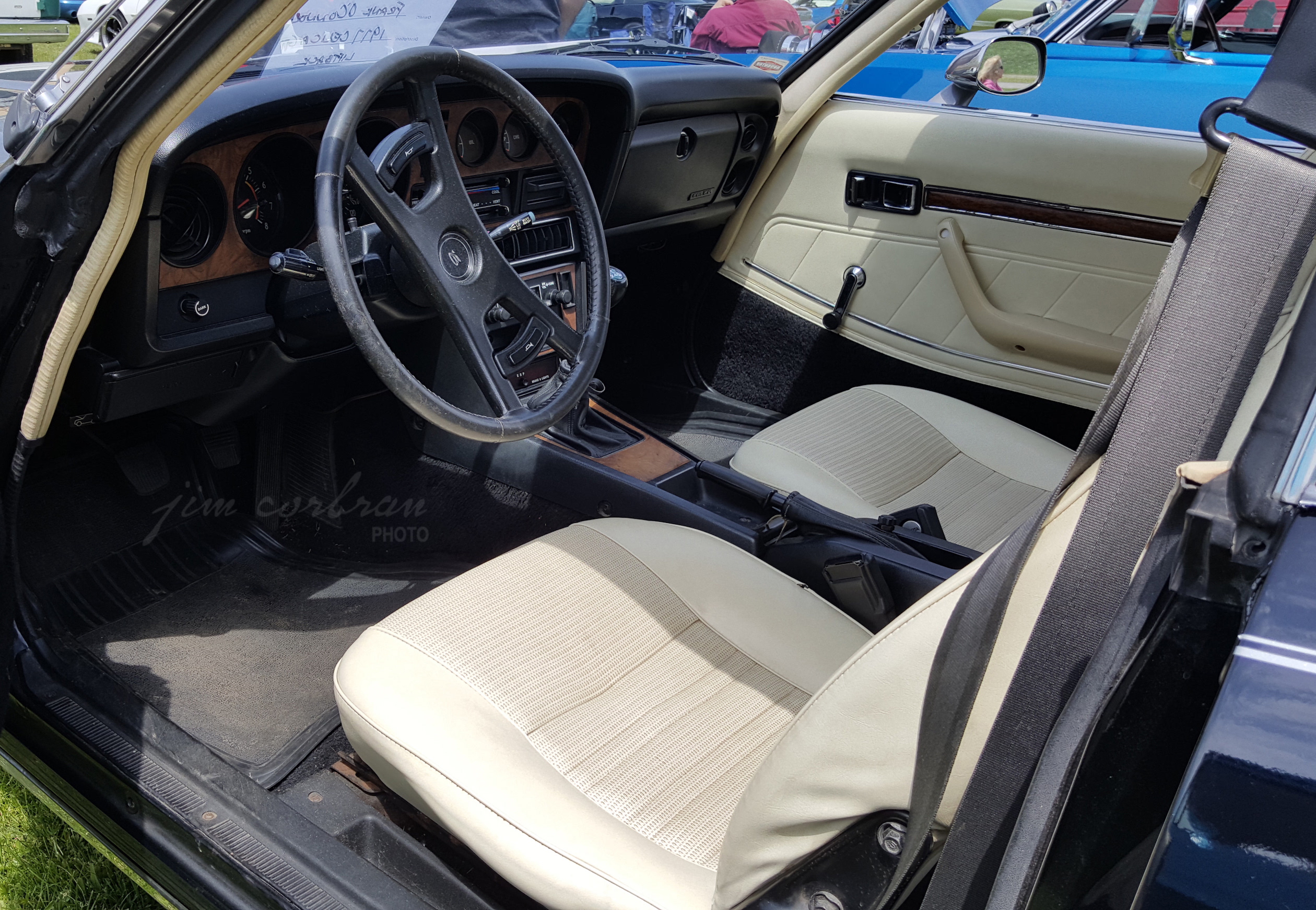 We spotted this 1977 Toyota Celica GT in May at a Sunday car show run by Solé at Woodlawn Beach State Park in Woodlawn, across Route 5 from the Ford Plant. It’s owned by Orchard Park’s Frank O’Connor and was bought a while ago in Canada. (If you’re a purist, don’t fret, Mr. O’Connor says the original rims & tires were included in the sale, they’re just not on the car because he likes the way it looks.) A lot of people concurred that day, as the car really seemed to draw a crowd. After all, how many Celicas do you see these days at car shows, cruise-ins… or anywhere for that matter!? Come to think of it, any Toyota… or any Japanese car from the 1970s? They’re rarer than hens’ teeth.