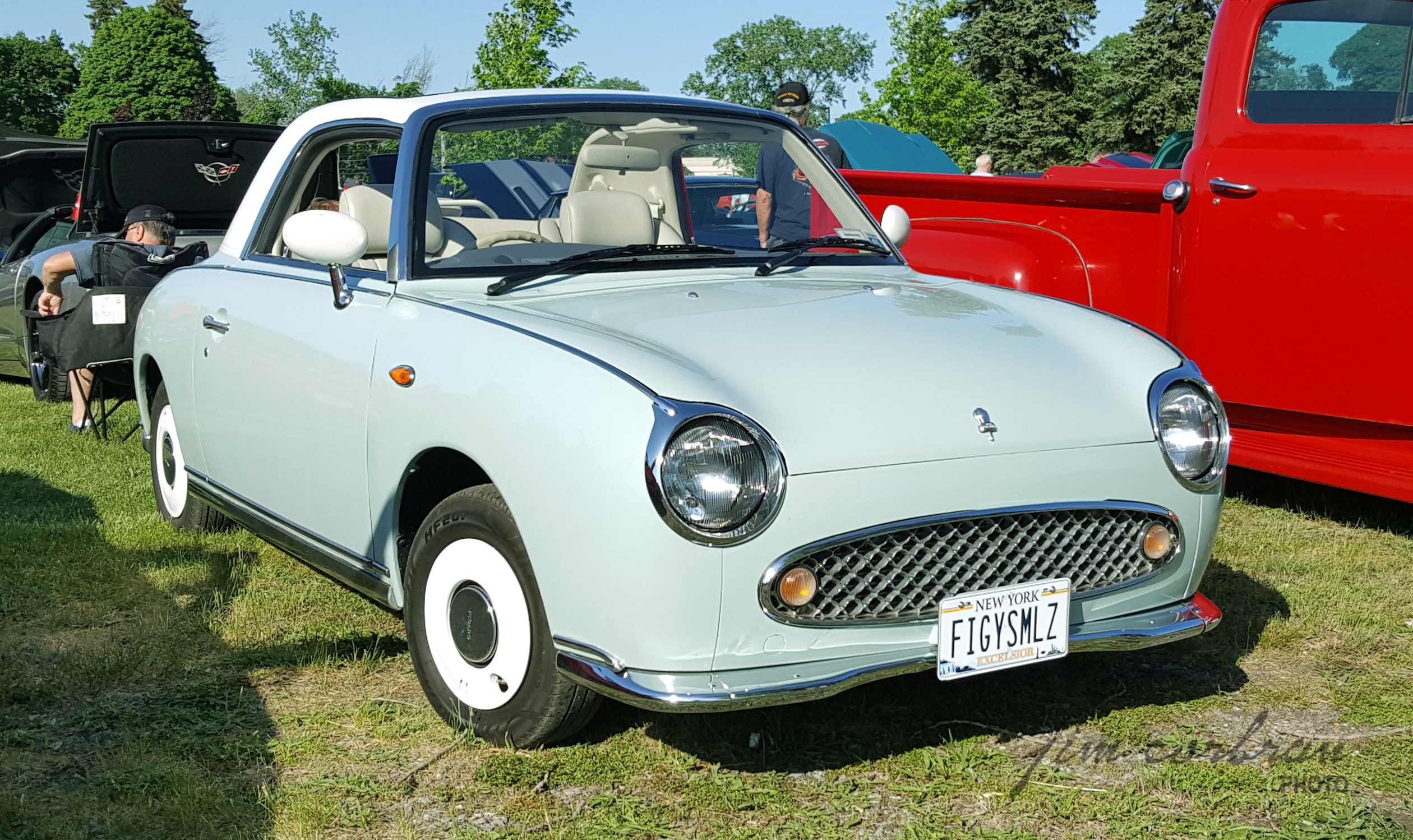 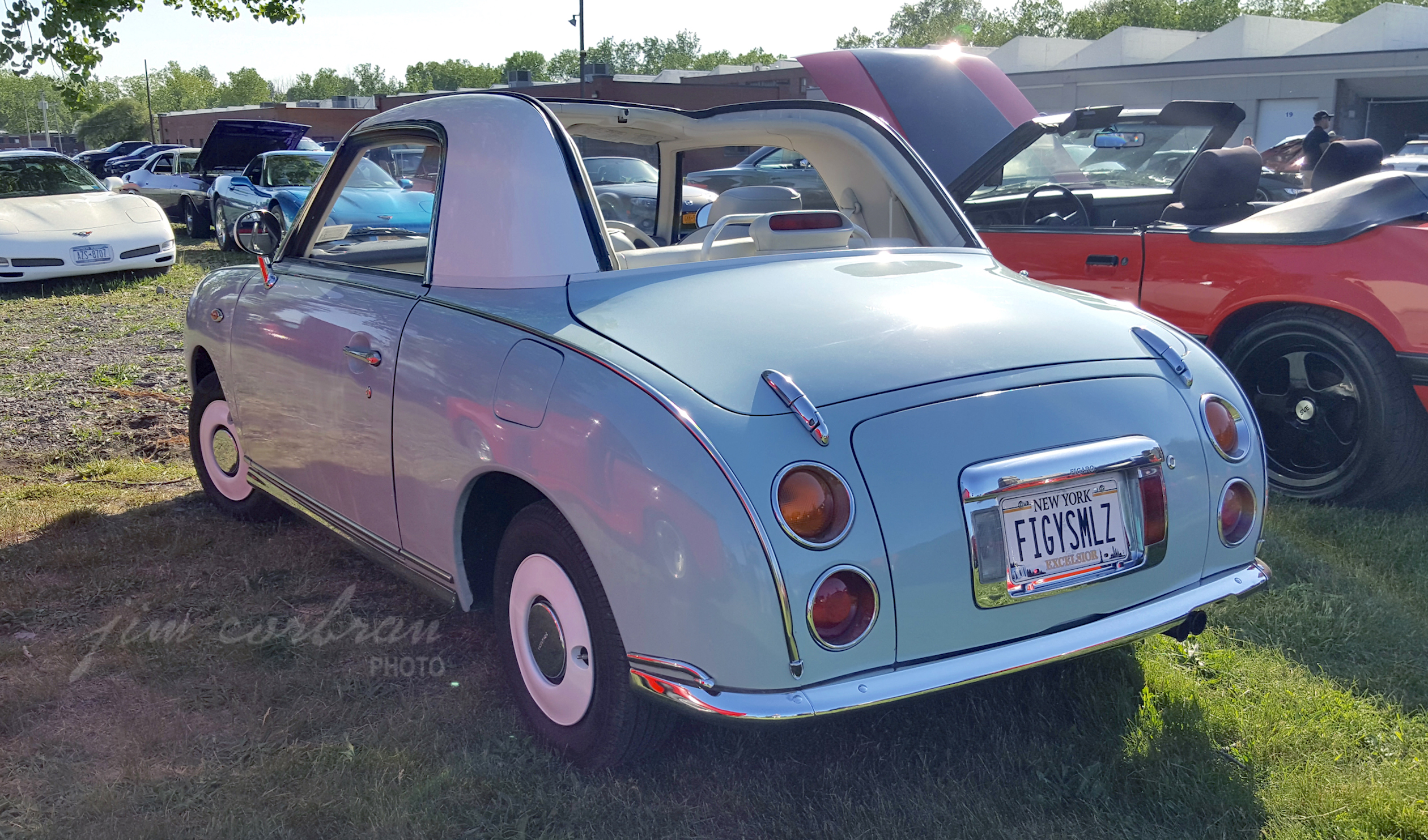 Before retro cars from Chrysler (PT Cruiser), Chevy (HHR), Volkswagen (New Beetle), Ford (2002 two-seater T-Bird), and the 2001 Mini & 2007 Fiat 500 came along, there was this 1991 Nissan Figaro— a small (really small) convertible manufactured for one year and sold only in the home market of Japan. The Figaro’s design hearkens back to some other roll-top convertibles of the 1950s, like the Nash Rambler and the original 1957 Fiat 500. Over 20,000 Figaros, whose buyers were chosen by lottery, left the Kanagawa, Japan factory — all with right-hand drive. A design critic for the New York Times said the Figaro was a car “…whose expressive face is worthy of Pixar studios.” We saw this one last month at a weekly cruise night at the Wurlitzer Building in North Tonawanda.