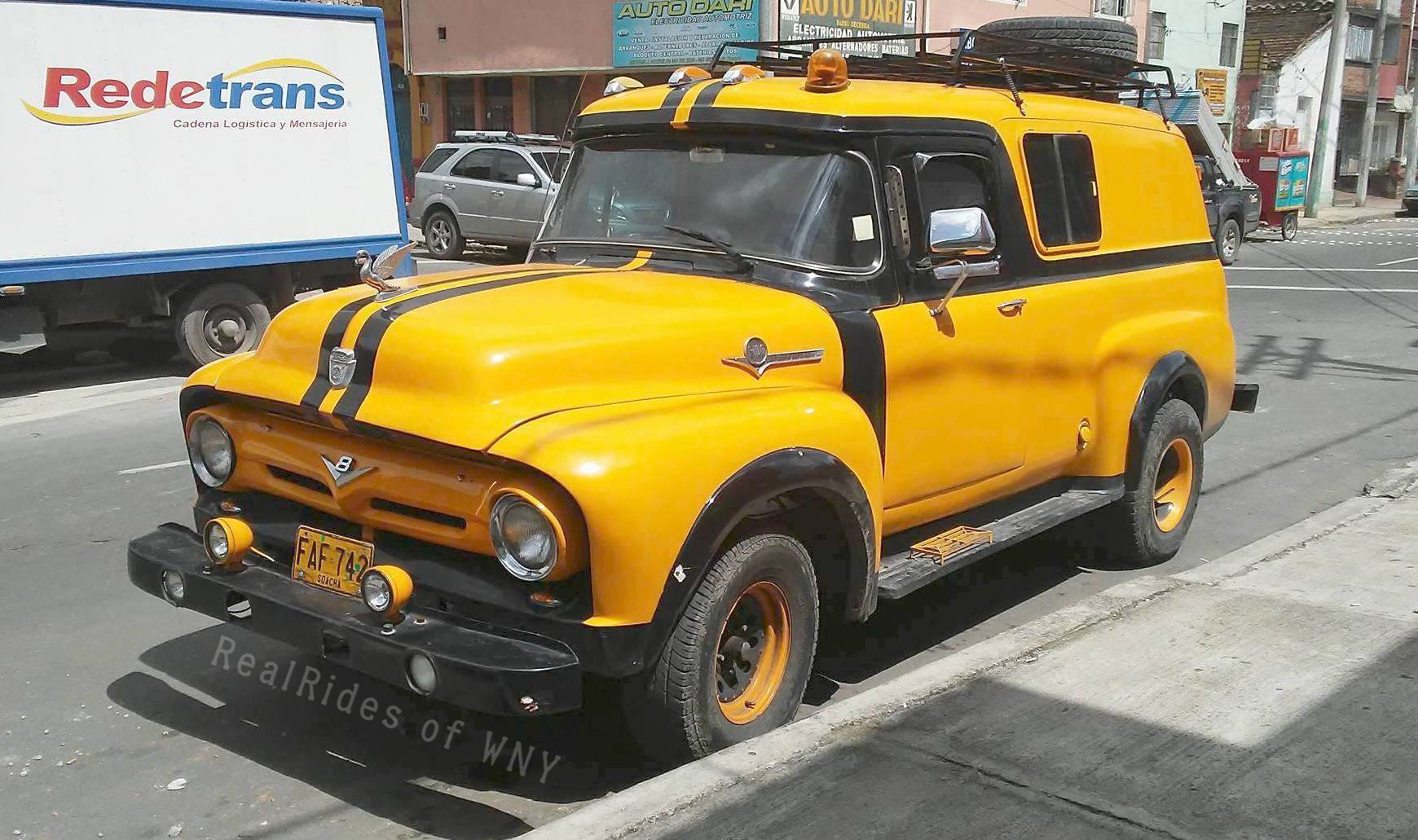 The license plate on this 1956 Ford F-100 panel truck indicates it was registered in the municipality of Soacha, which is located in the department of Cundinamarca in the north-central area of Columbia. It’s all part of the metropolitan area of Bogotá, which is where RealRides reader Tad Ries Dziekonski photographed it back in 2017. The panel truck as a commercial choice was on its way out by 1956. Smaller step vans and car-based vehicles like the Ford Courier and Chevy Sedan Delivery all cut into the sales of panel trucks. Once small vans like Ford’s Econoline hit the market, there weren't really many reasons for anyone to buy a panel truck. And that, was that. (How’d you like to be the one to get that spare tire down? Lol…) Had Tad been in Canada instead of Columbia, this truck might have had a face like the green one on the Mercury M-100 brochure cover pictured here. 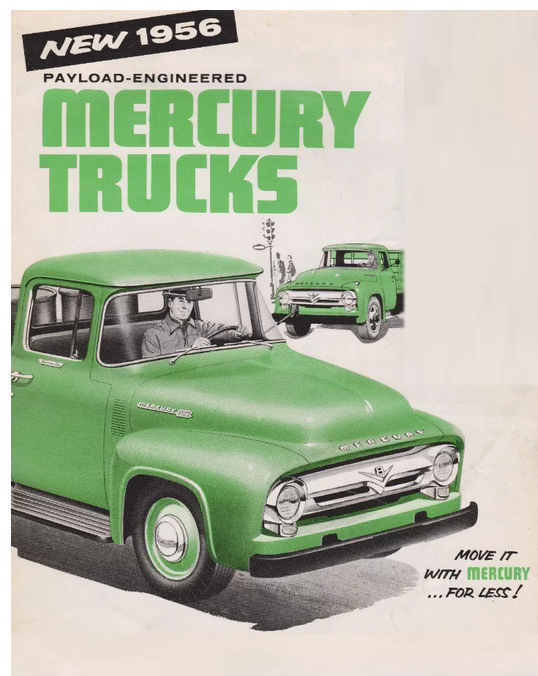