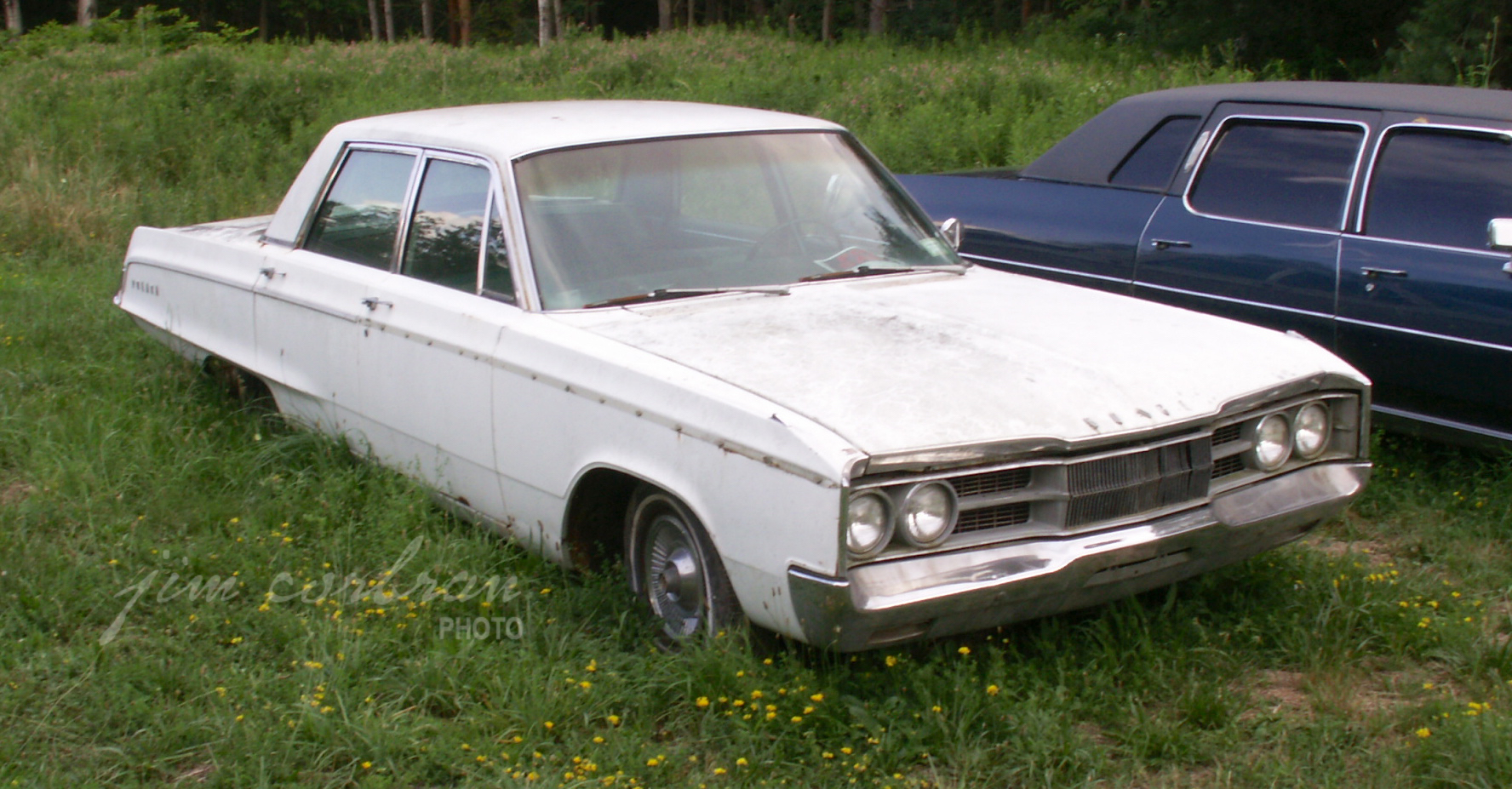 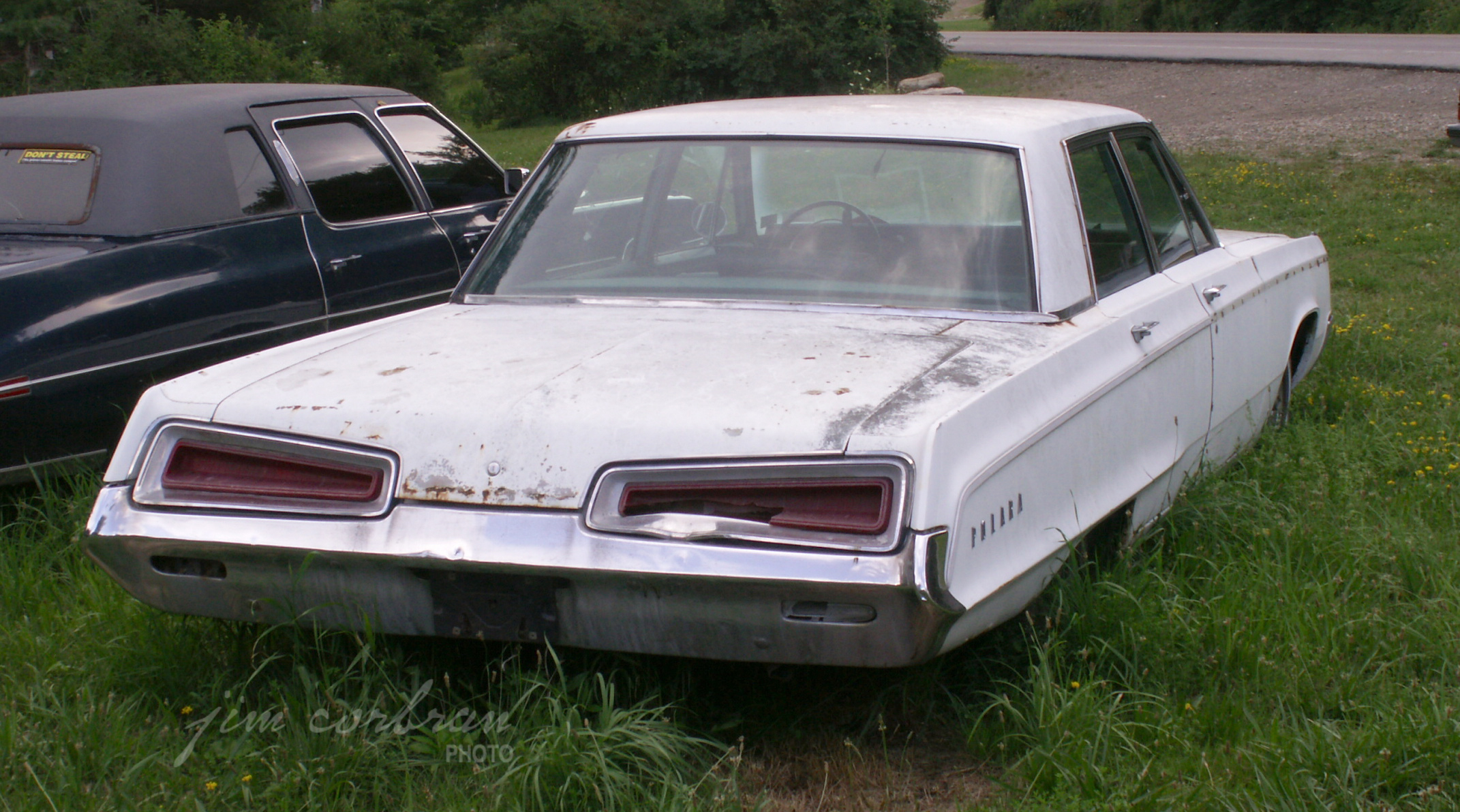 Some of us (hand raised) spend countless hours wondering just how cars like this 1967 Dodge Polara end up parked in a field and… left for dead? Maybe, but who knows? What I often imagine is the thought process that goes into choosing this possibly final resting place for the old family chariot.

“Let’s park it behind the barn.”
“No, then no one will see it.”
“Why don’t we just sell it?”
(Umm, ya think?)
“Okay, never mind, just put it in the field next to the Cadillac Fleetwood limousine, for now at least.”

Geez, a Fleetwood limousine just parked in the field. What’s going on down there in Little Valley, anyways??!! And yes, there were more!