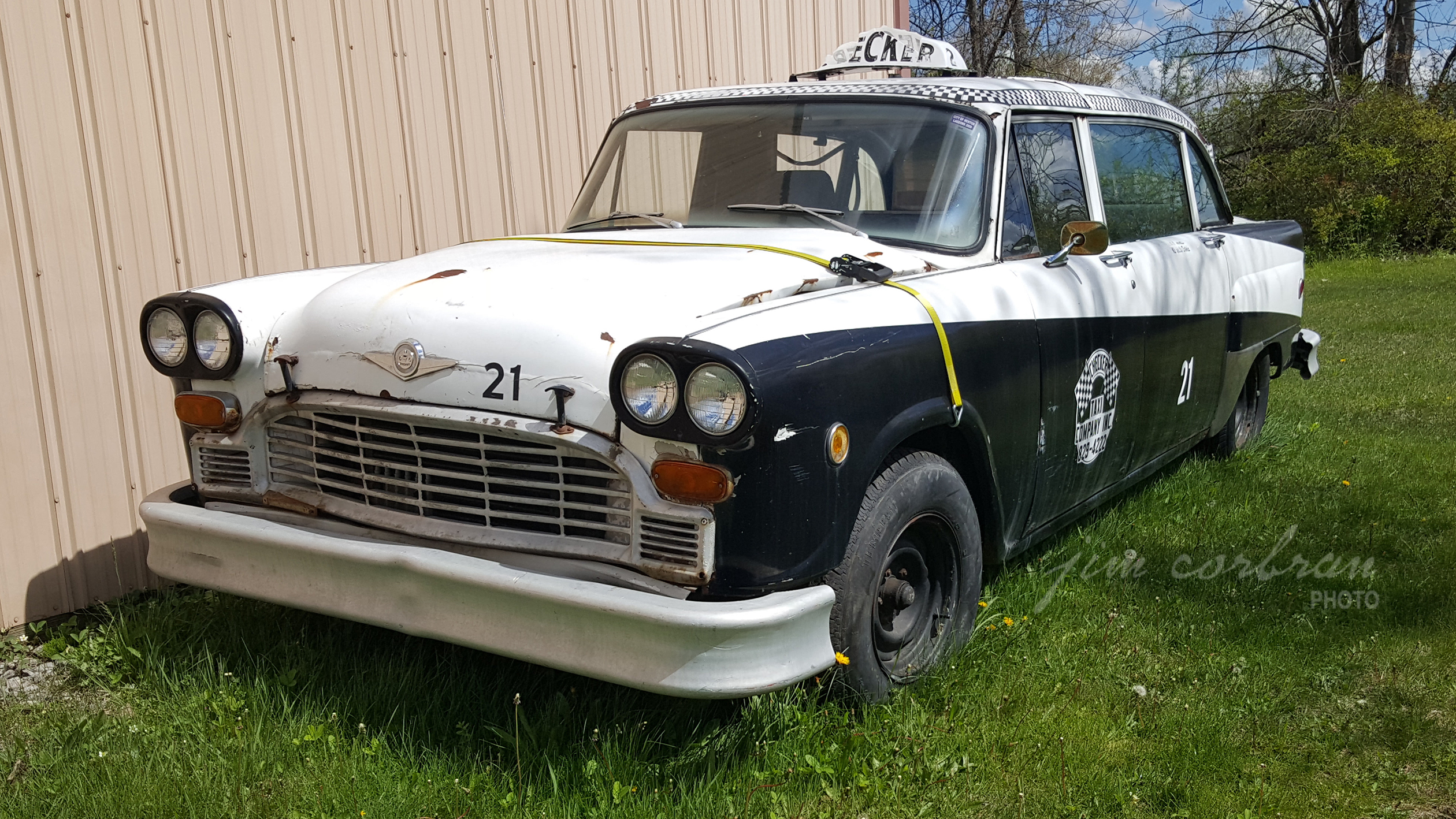 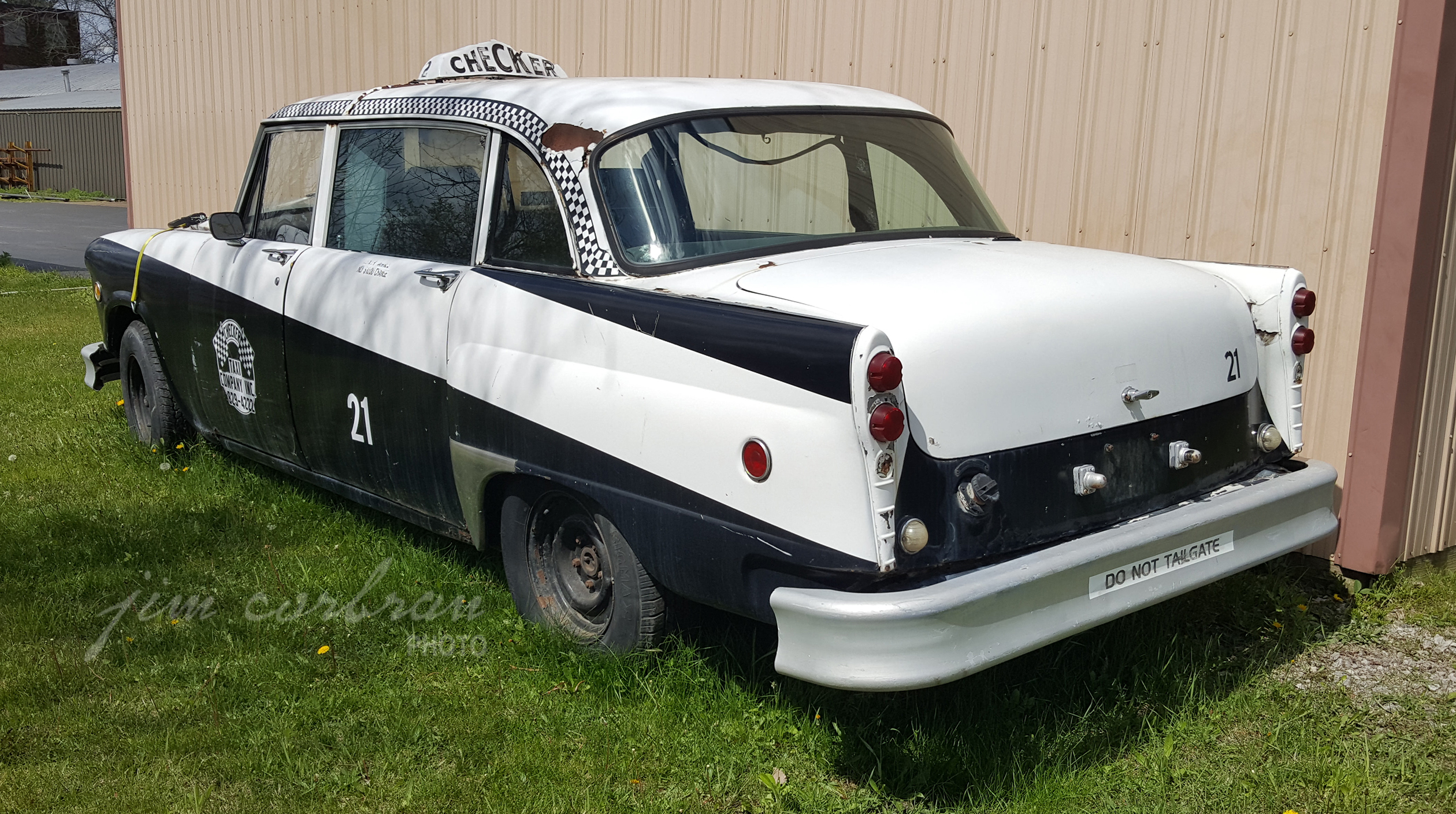 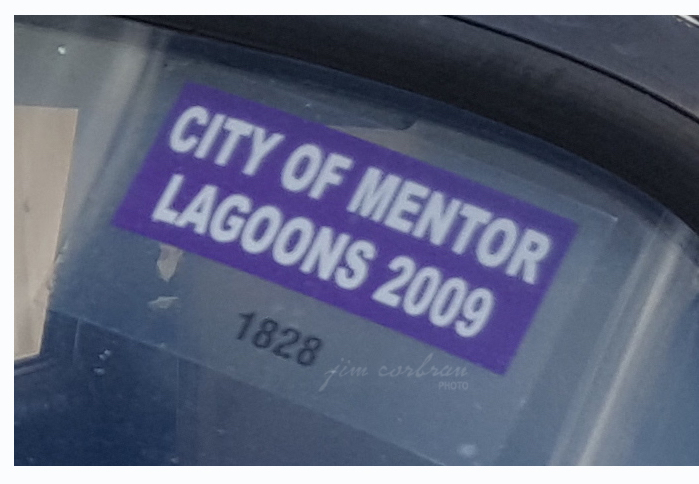 Your guess is as good as mine as to the model year of this Checker sedan/taxi cab. Spotted a month or so ago in North Tonawanda, a windshield sticker (below) seems to indicate it was in service in the city of Mentor back in 2009. From what we can fathom, Mentor is a c
ity in Ohio on Lake Erie; Mentor Lagoons is a 450-acre nature preserve and marina located there on the lake. The Checker is no older than MY 1974, when those large bumpers became mandatory; it’s no newer than a 1982, which was the final year of production.