One thing about riding a bicycle — you often find yourself on streets you’d probably never go down in a car. So it was a few weeks ago when I trekked up to Lockport, turned down one of those side streets, and, voila — a 1953 Packard Patrician. The ’53 models were the first under new Packard head James Nance, who was not enthralled with Packard having waded into the medium-price field a few years back with the Packard Clipper. He thought the lower-priced models detracted from Packard’s reputation and that they should concentrate on what they did best —  build luxury cars to compete with the likes of Cadillac and Lincoln. Too bad it was too little, too late. You had to give the optimistic ad copywriters credit though, as they touted its “…contour styling [which] also gives to each Packard a style stability that will reflect, very pleasantly, in a higher resale price when you trade for a new model in the years to come.” The final Packards, which were warmed-over Studebakers, were produced for MY 1958. 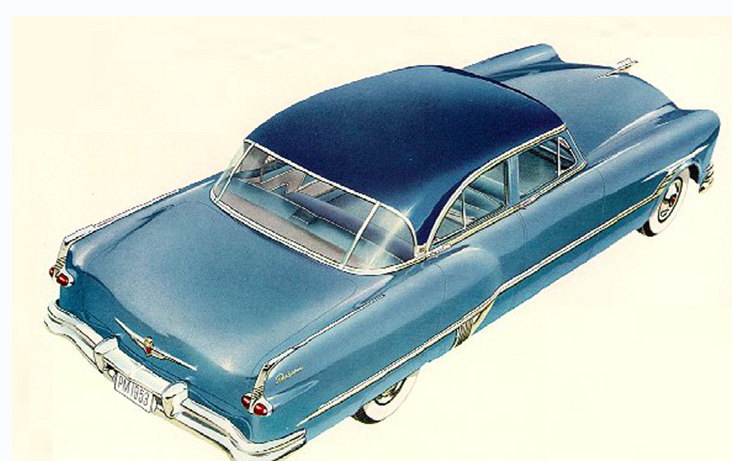