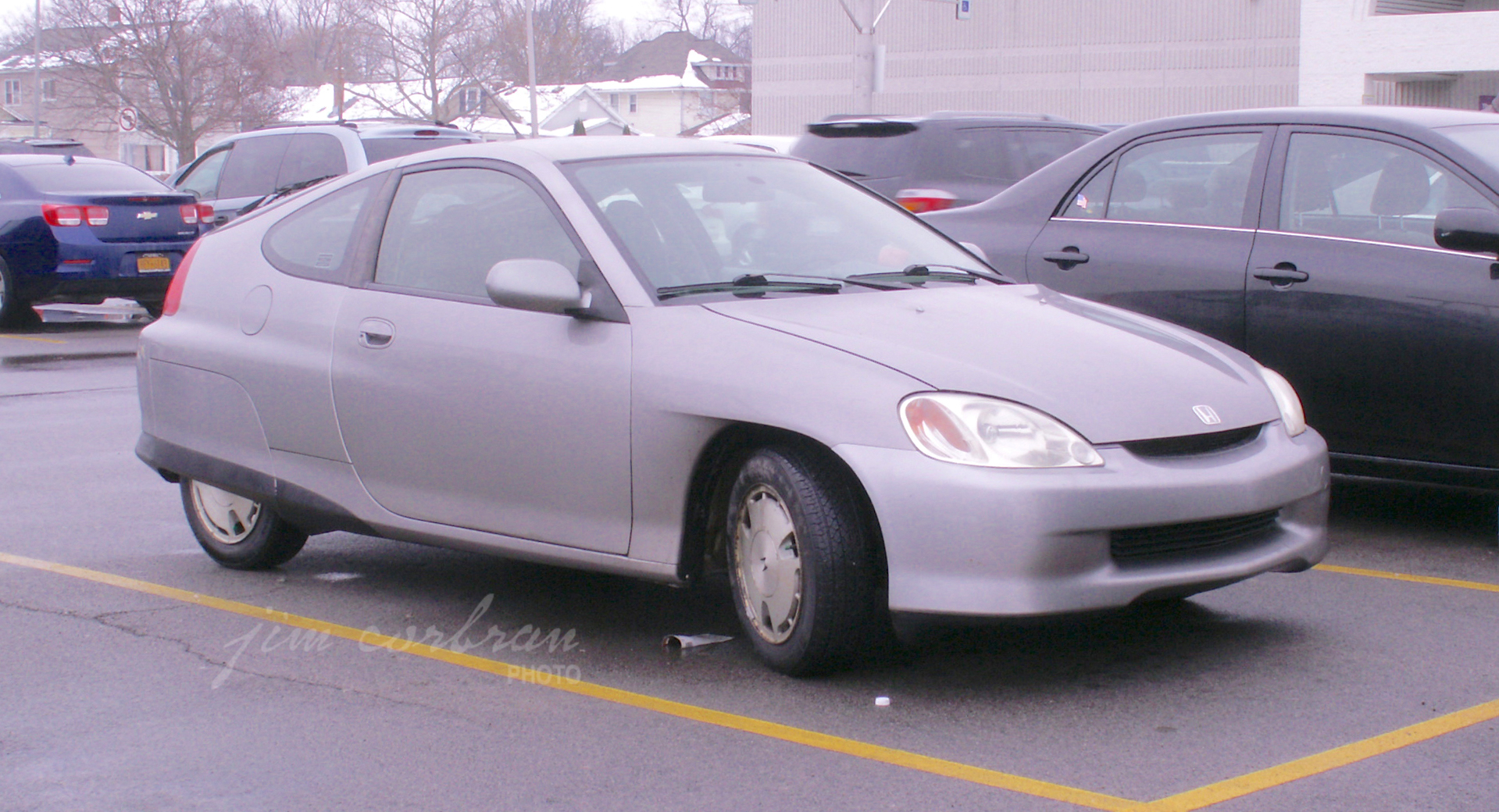 Remember when the Honda Insight (c2000) was brand new? I do (I test drove one) and I also remember thinking to myself “Oh my God, all hybrid cars are going to be weird-looking.” Well, that turned out not to be the case. But I still think it holds true for this car. Futuristic? Yes. But the future wasn’t here yet back in November 1999 when the Insight debuted. Sold for model years 2000-2006, the Insight production figures worldwide amounted to about 17,000 cars. With its gas/electric powerplant setup the Insight was EPA-rated at 61 mpg city and 73 mpg combined city/highway. Not too shabby back in 2000. Drawbacks there were though. The insight was a two-passenger-only car, and a good deal of its non-passenger space was taken up by the rechargeable battery system. And then there’s the matter of those skirted rear wheels in the snow… But a lot was learned. And look where we are now with hybrids/all-electrics. Today’s RealRide was seen some time ago in Tonawanda. 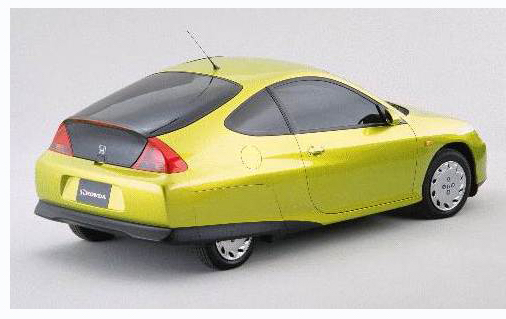