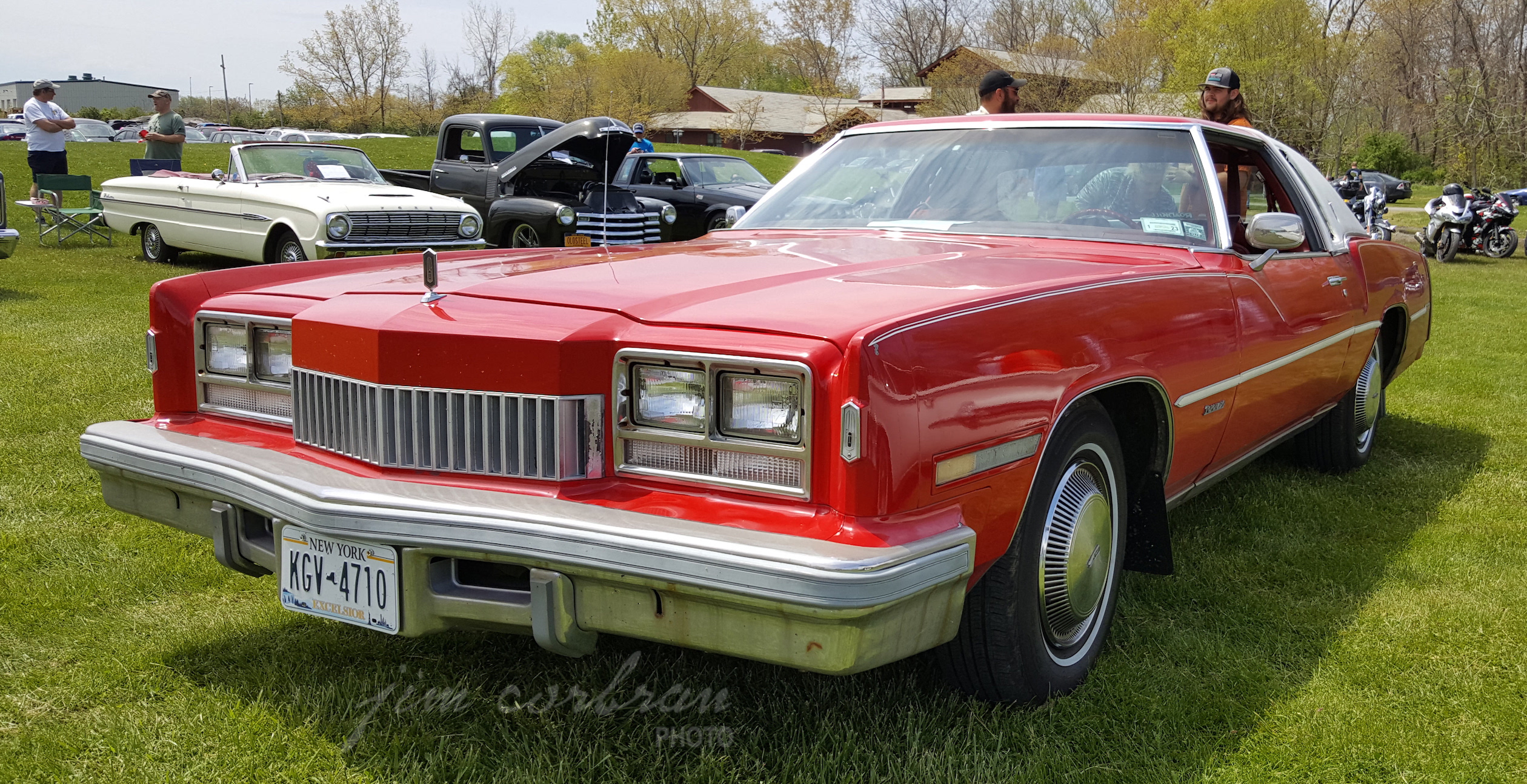 I don’t imagine that the young owner of this 1978 Oldsmobile Toronado will be offended if I call his ride one of the more unusual entries in May’s car show which was sponsored by Solé at Woodlawn Beach, located out front of Woodlawn Beach State Park, which can be argued is in Woodlawn, Blasdell, or Hamburg depending on who you ask (I’m going with Woodlawn). Toronados weren’t all that unusual back in 1978 (Oldsmobile sold around 25,000 of them), but IMO you sure don’t see many of them these days. This was the eighth and final year for the second-gen Toronado (1971-78), which would see two more generations (including two downsizings) before taking a final bow as a nameplate after MY 1992.