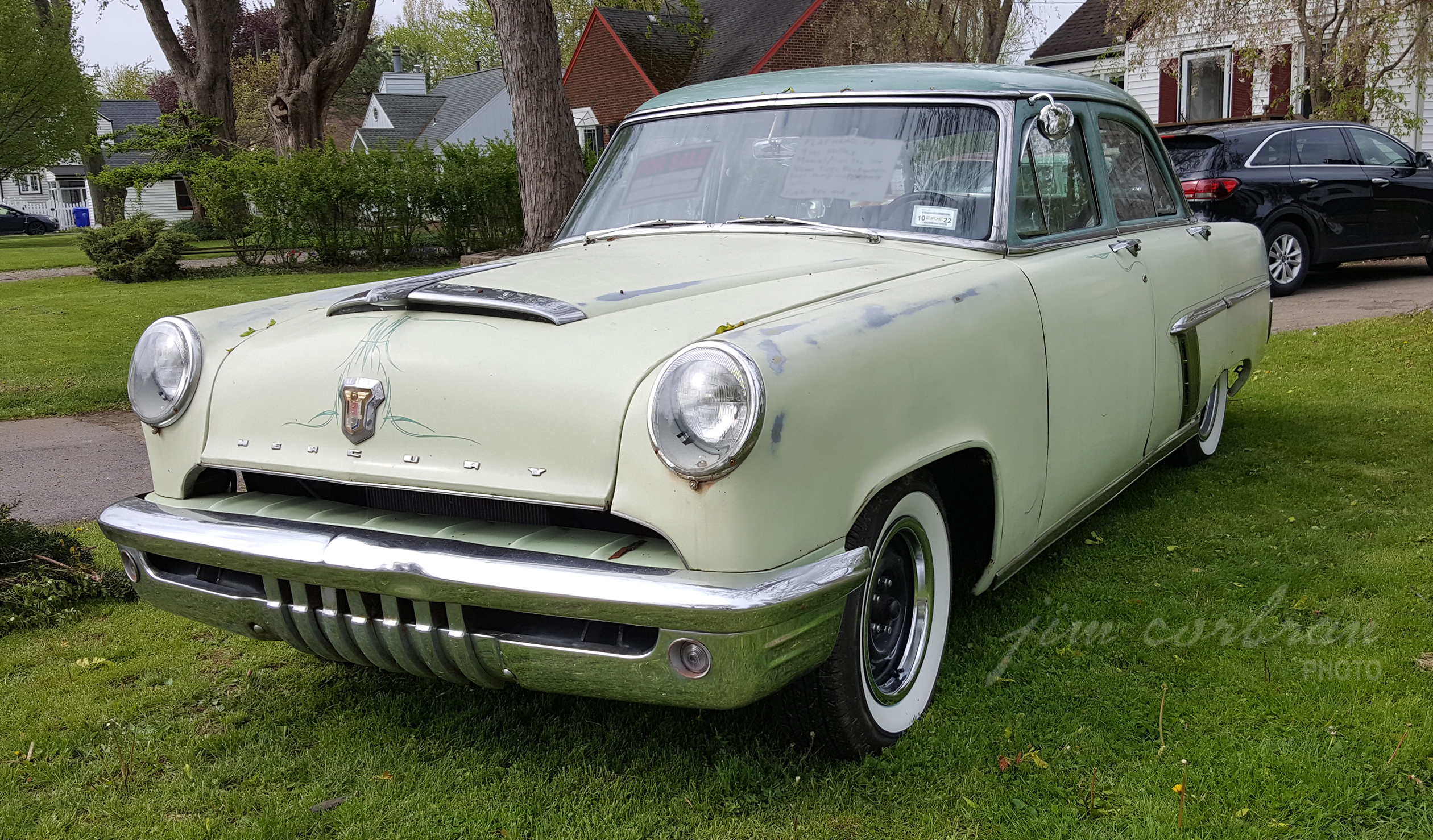 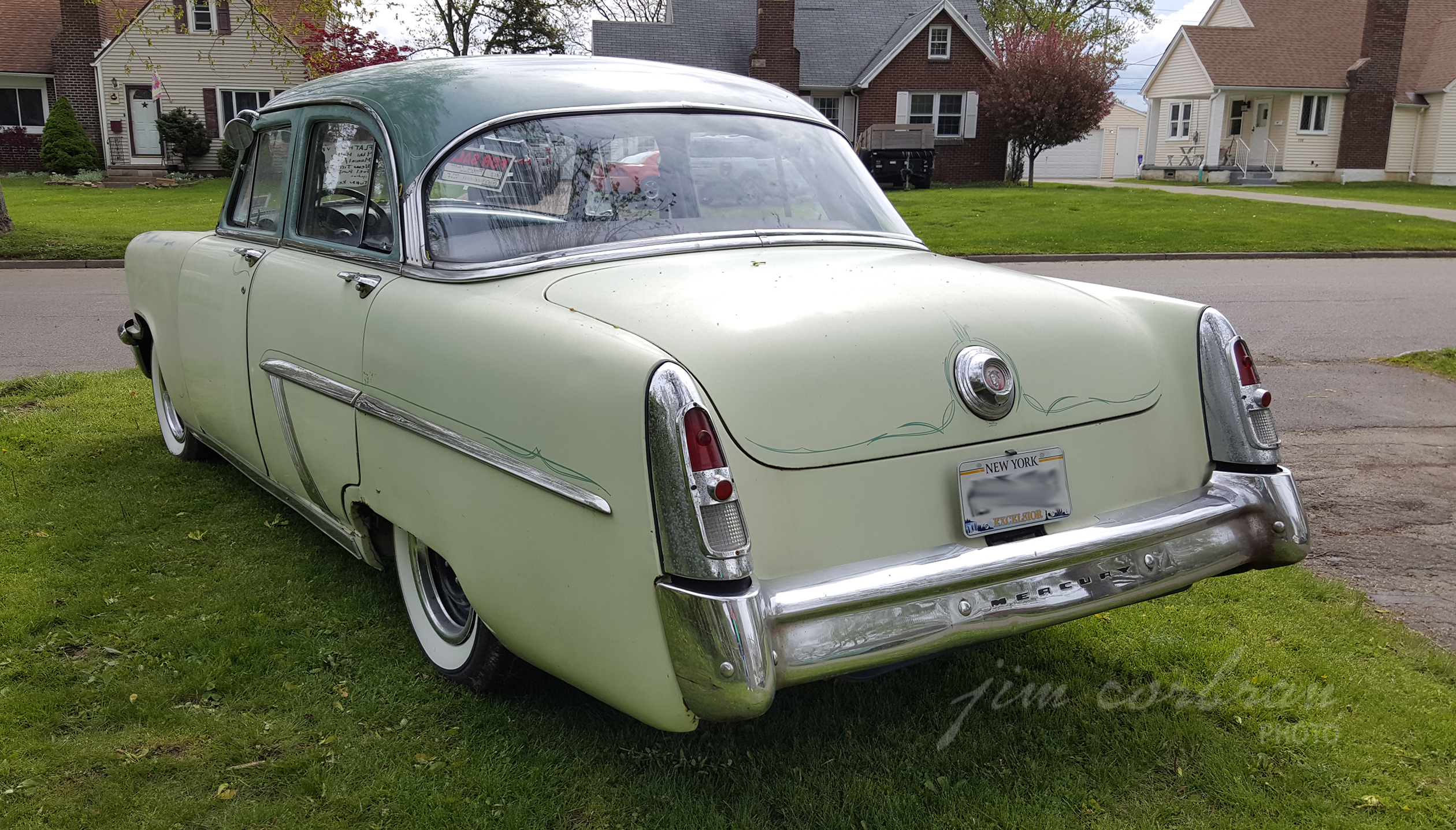 Extra chrome trim would indicate this is a 1952 Mercury Monterey, as the lower-priced Mercury Custom would not have had the rocker panel or drip rail moldings seen on this car, which we passed a month or so ago in West Seneca. And neither model would have had the headlight setup seen on today’s RealRide. Could they be a variant of a 1966 or so VW bus turned 90 degrees? (See below for a comparison of an original Merc setup and the VW Bus.) The For Sale sign in the window didn’t mention the headlights, but it did say it’s equipped with a flathead V8 with a 4-bbl Holley carb, three-on-the-tree, and a few other new parts. Don’t see many of these around anymore.