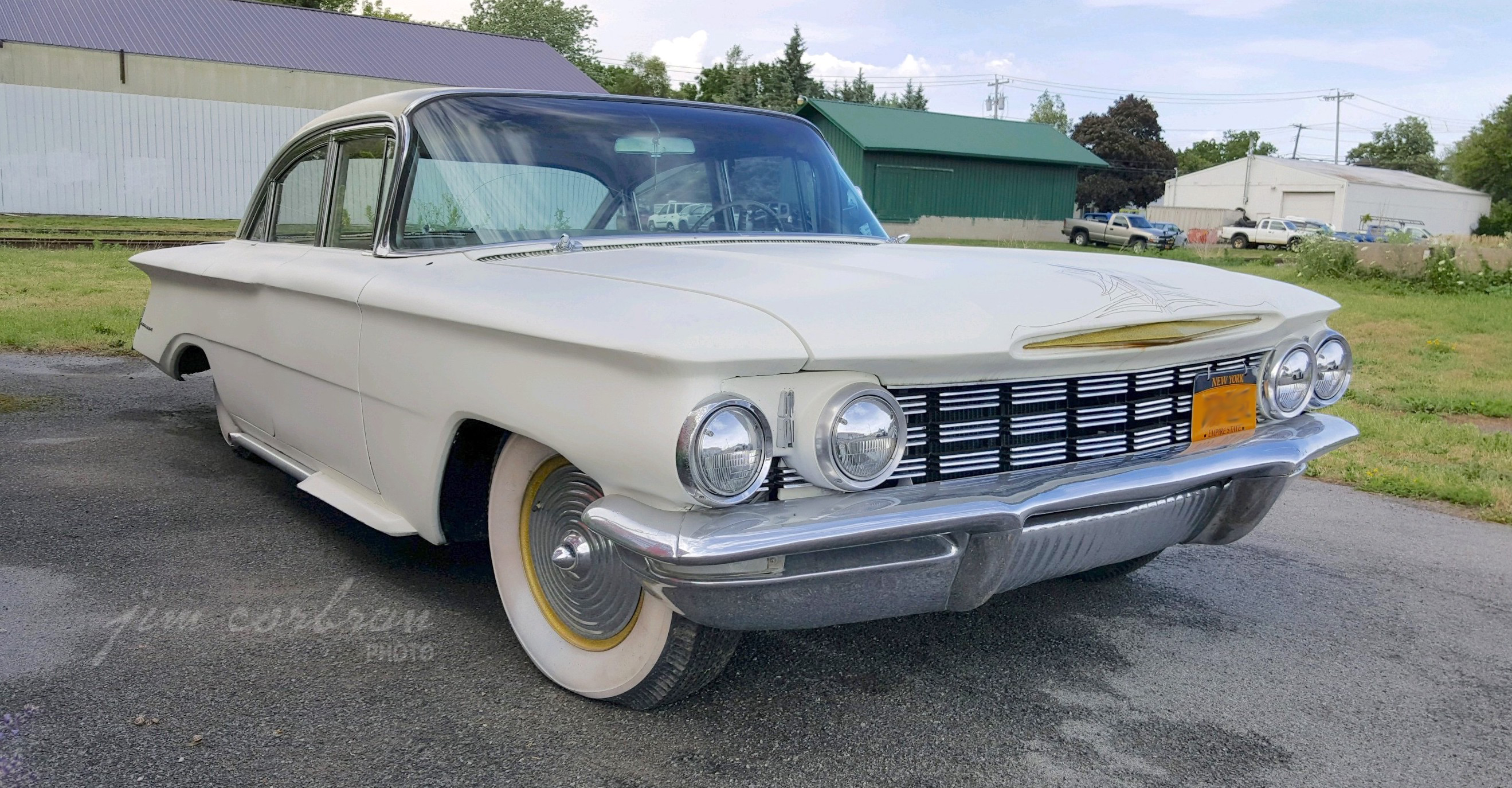 The brochure described the 1960 Oldsmobile Dynamic 88 sedans as “..the lowest priced Rocket Engine Oldsmobiles [with which you could] satisfy your sense of thrift with the savings of regular fuel — save about a dollar a fill!” Which back then would probably have paid for your weekly ration of Starbucks (if they had been around in 1960). Anyway, this off-white four-door, seen earlier this summer in Sanborn, looks like it’s had some work done. Judging from the modifications, we’d guess the owner was probably a model car builder back in the day, Lol, as many of them look like they’re straight off an AMT kit assembly instruction sheet!