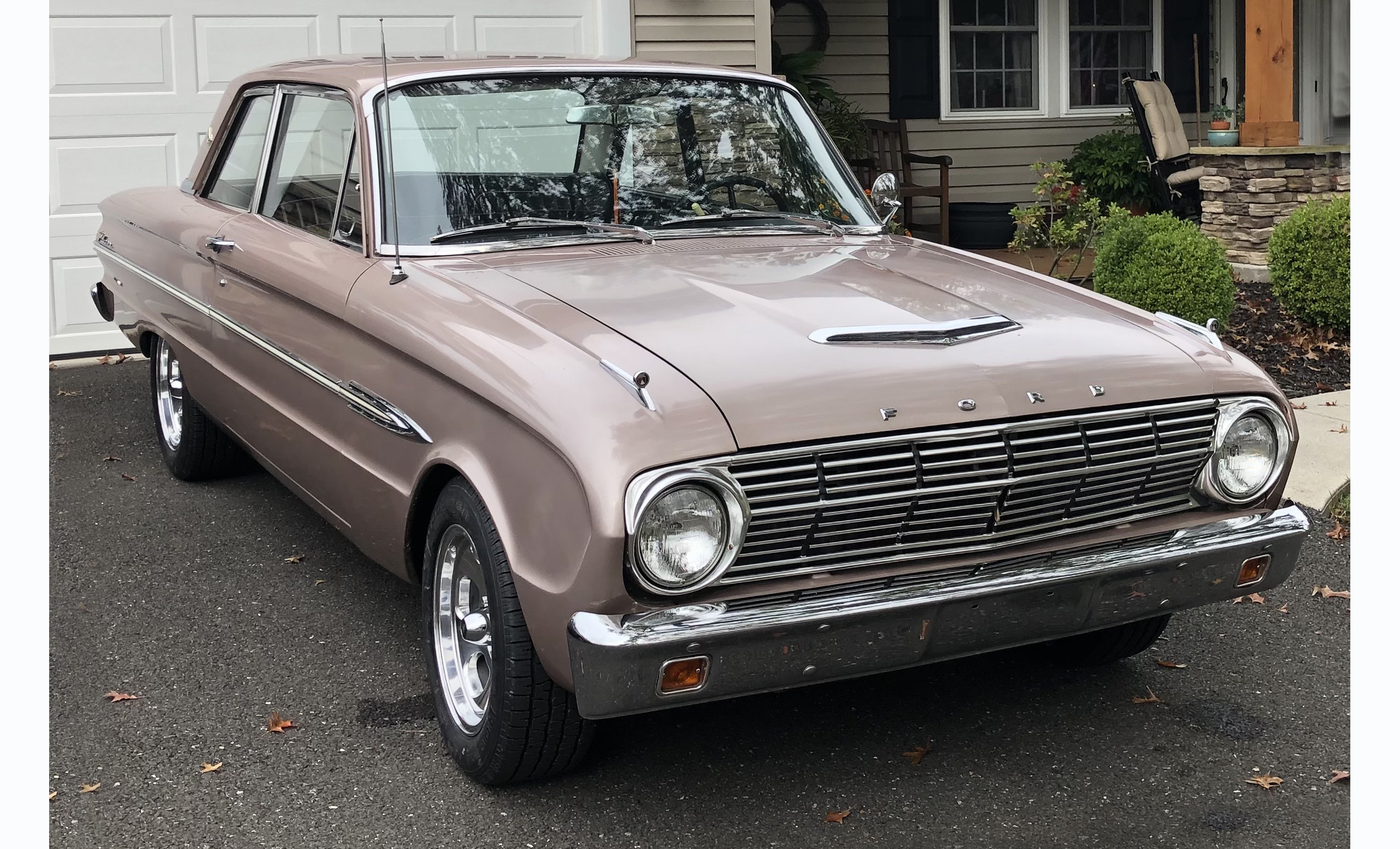 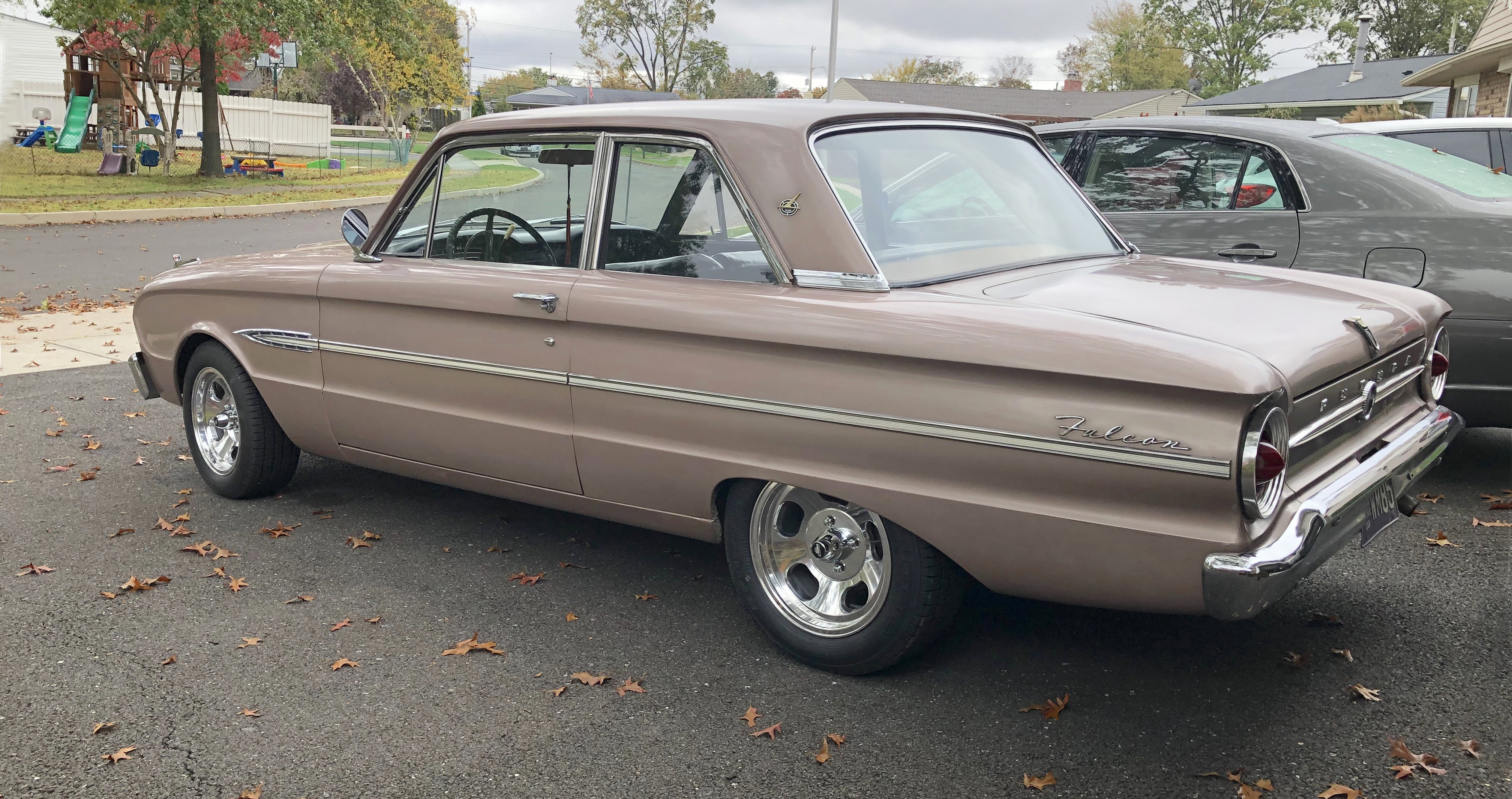 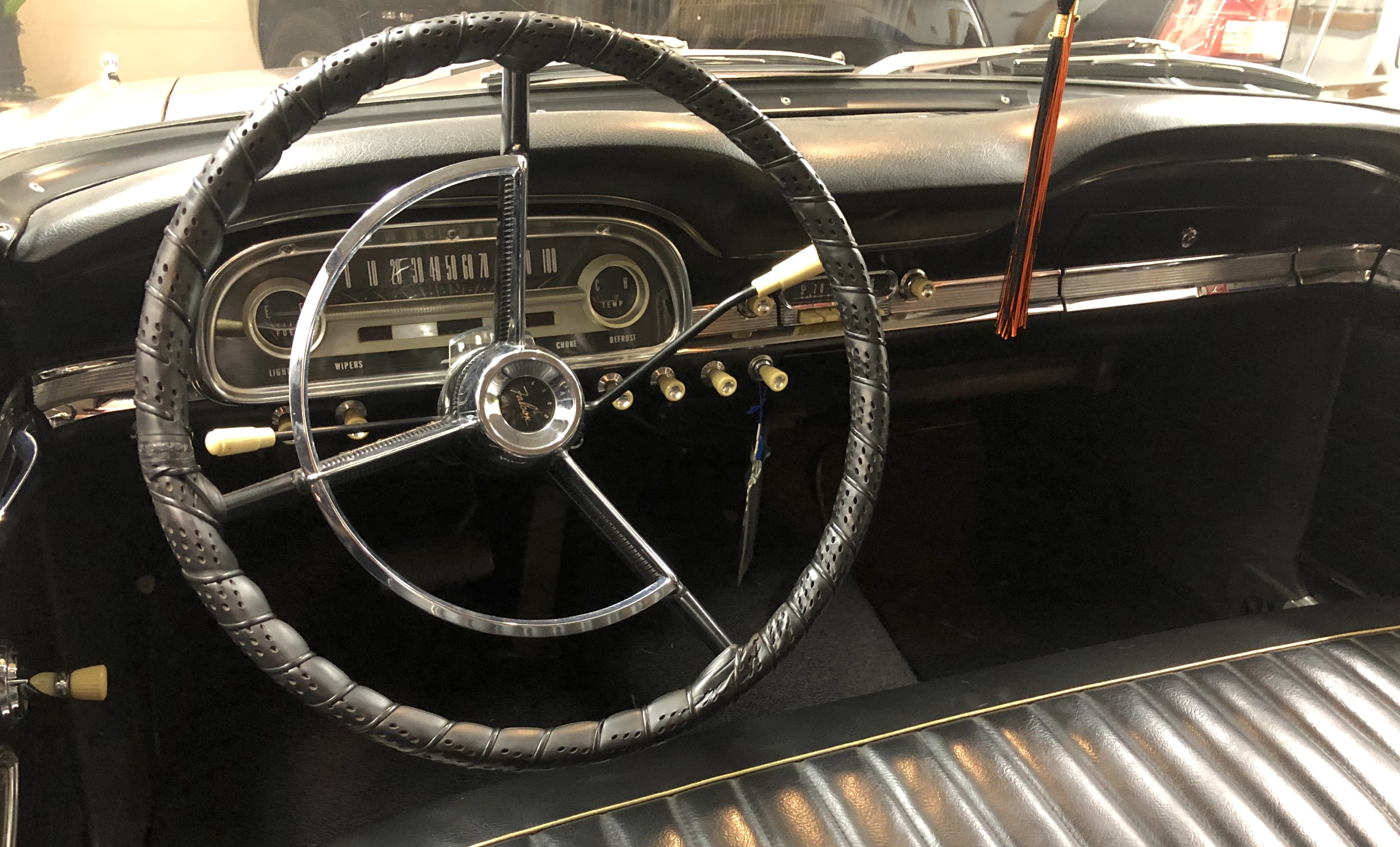 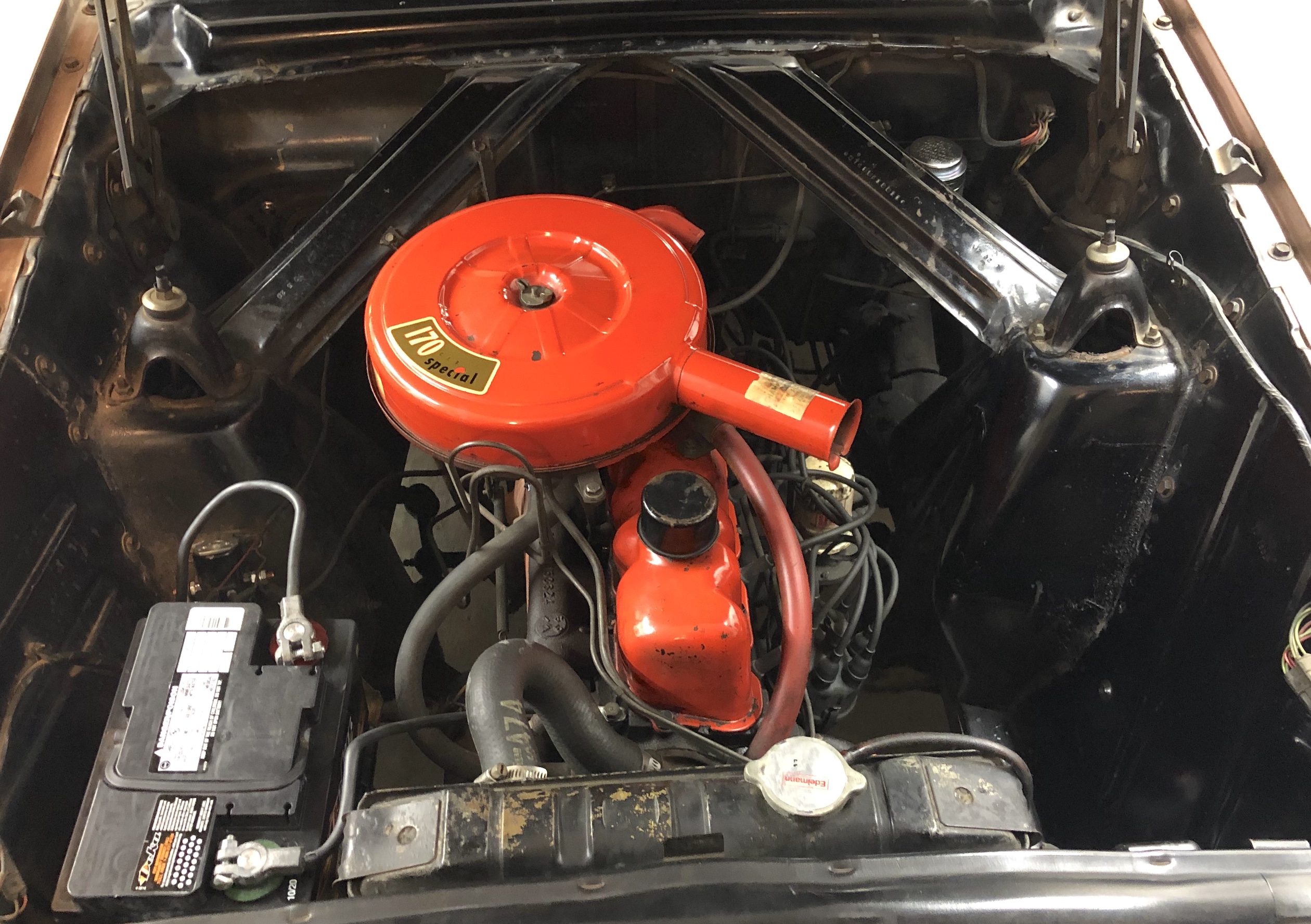 So sue me. This 1963 Ford Falcon Futura has no WNY tie except for the fact that its photos were sent in by a RealRides of WNY reader. Herbie Hale Jr. emailed us from his workplace in Bensalem, Pennsylvania, (just across the Delaware River from Trenton, New Jersey where, you may recall, the Buffalo Bisons are playing their 2021 “home games” until the Toronto Blue Jays can return to Rogers Centre) confessing afterwards that he didn’t realize the premise behind RealRides. But, he did mention that he passed through the area years ago while visiting Niagara Falls, so… all of that is good enough for us! His Rose Beige Falcon is an unrestored original, showing (at the time Mr. Hale wrote in) a mere 52,000 miles on the odometer! He added the American Racing wheels, but still has the original rim/tire setup in storage (as in the photo at bottom of page). He promises that when the time comes (if it ever does some day), that he won’t sell it to anyone who will make any changes to the car, including the 170cid straight six and the two-speed Fordomatic drive. Nice! 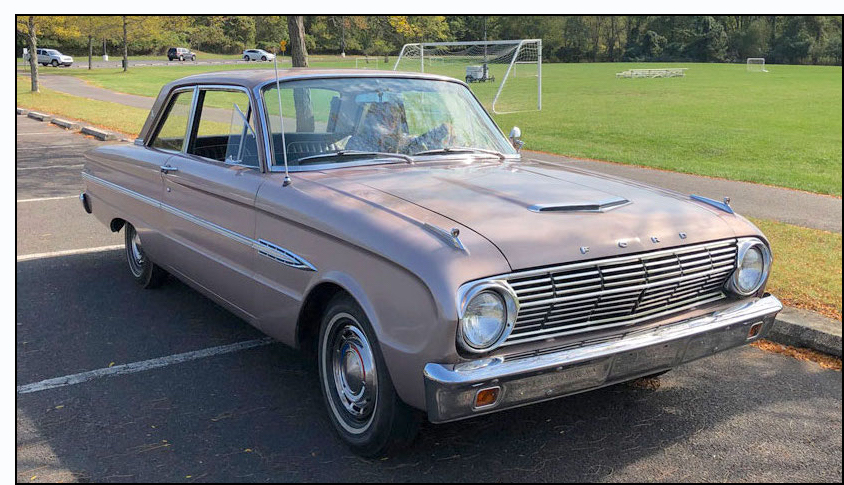