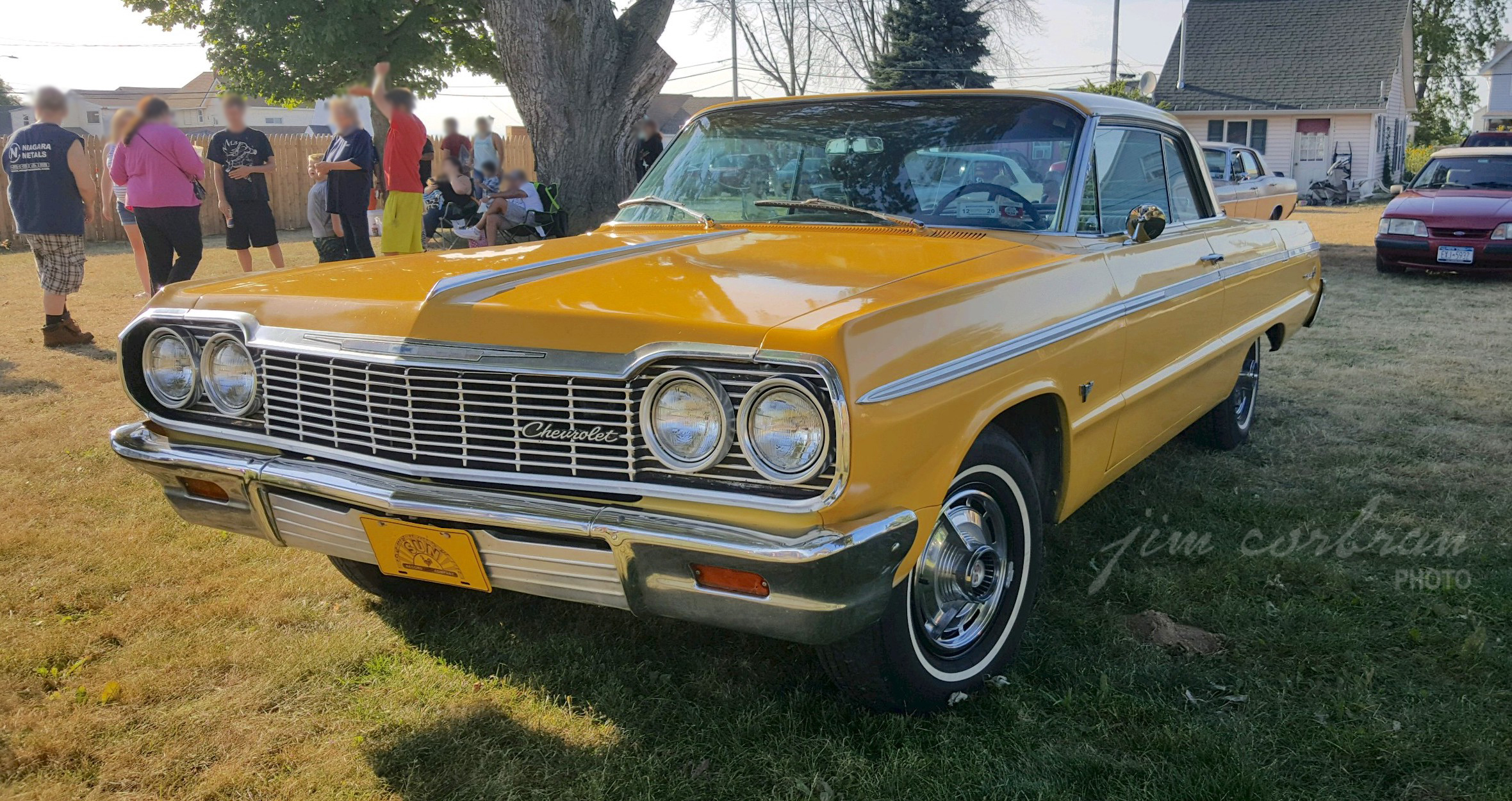 When we came across this 1964 Chevy Impala SS at a cruise night in Olcott, we remarked to another car owner that “It certainly is yellow!” Chevy did offer a yellow for MY 1964, but I don’t believe it was this one (see the Goldwood Yellow brochure illustration at the bottom of the page). But still, it sure stands out in a crowd! This one’s also wearing a set of wheelcovers from a ’63 SS, which are among my favorites from that era — they really look great in motion. The ’64 Impala SS was also offered as a convertible — but you already knew that after seeing the photo below, didn’t you!