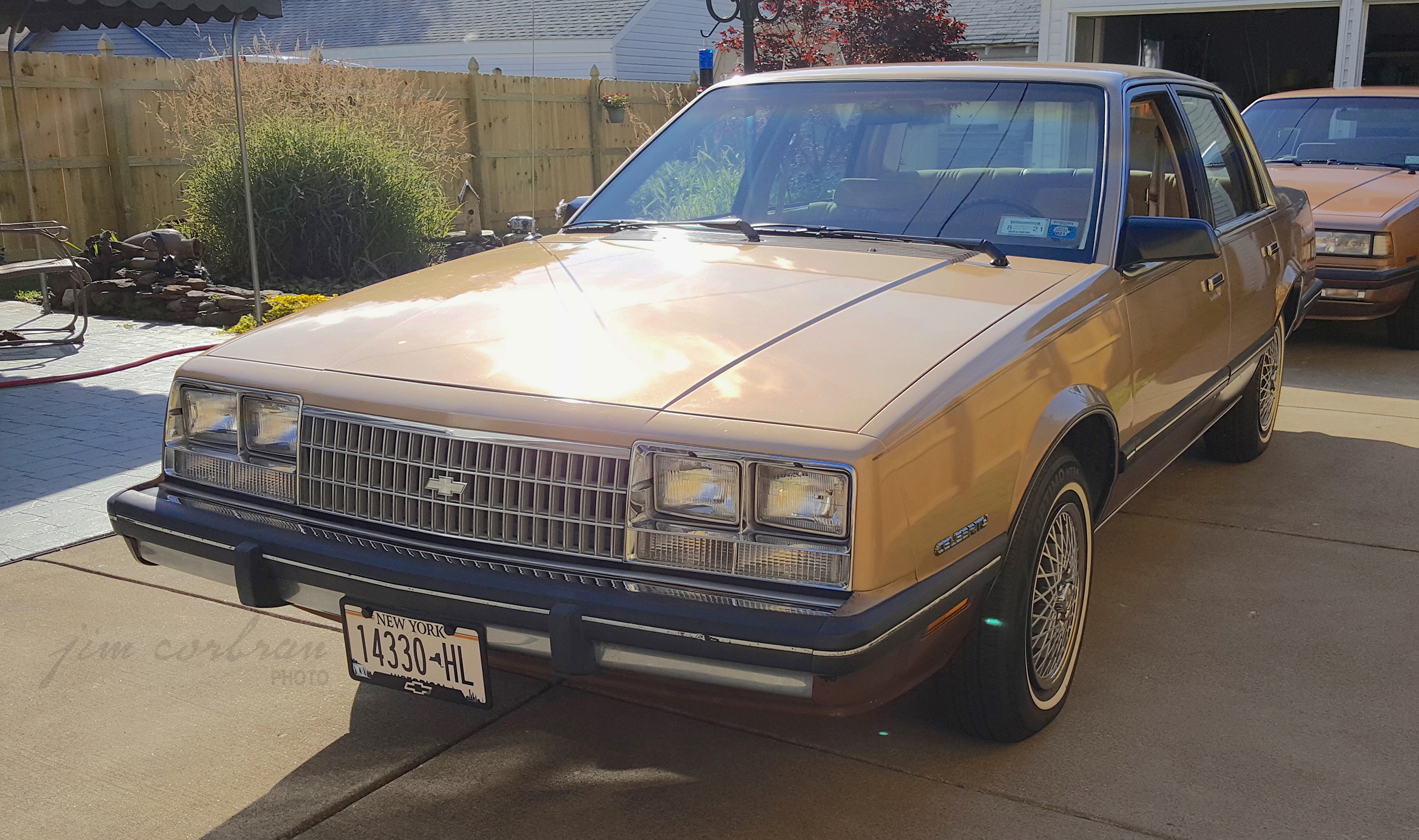 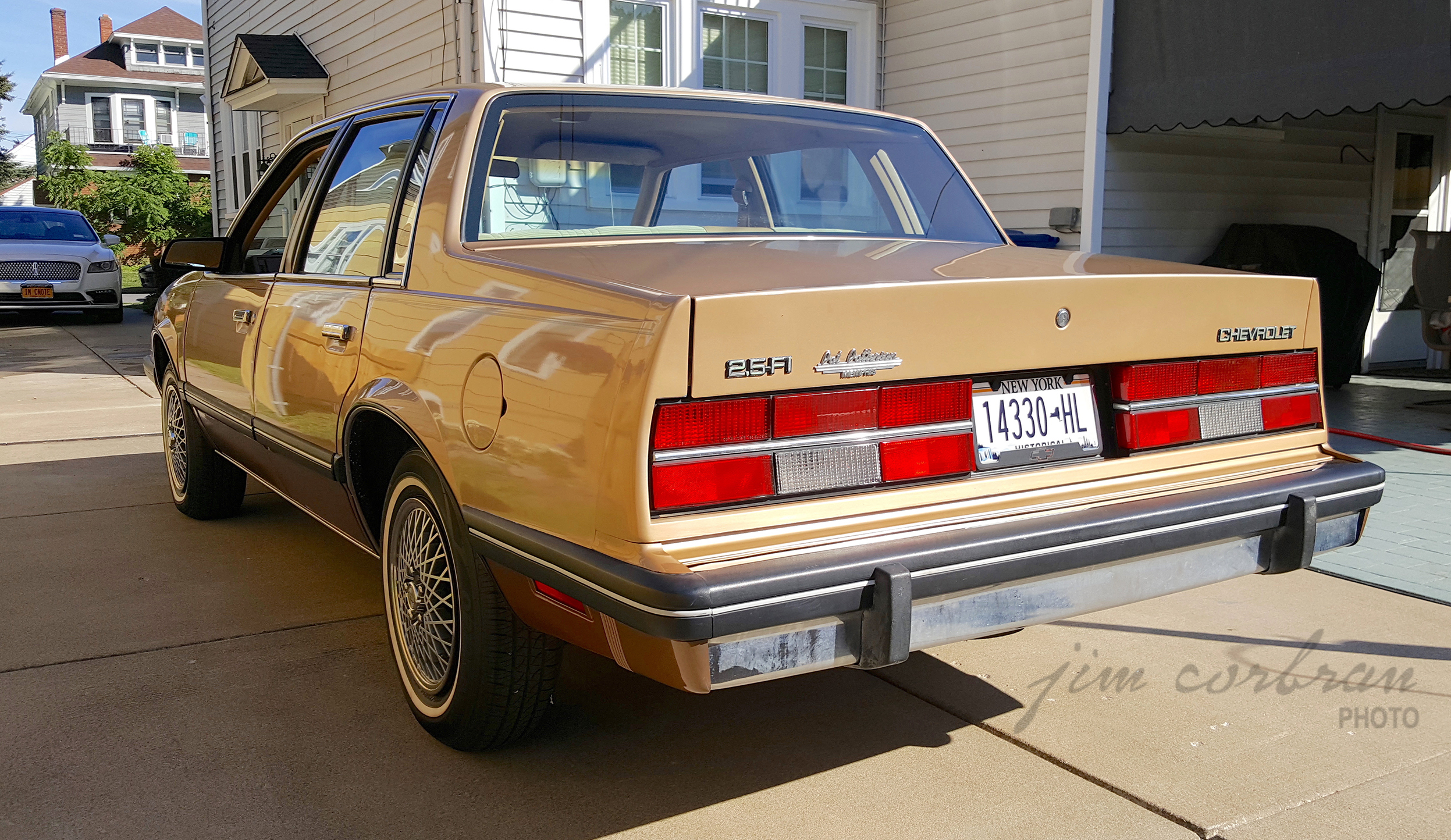 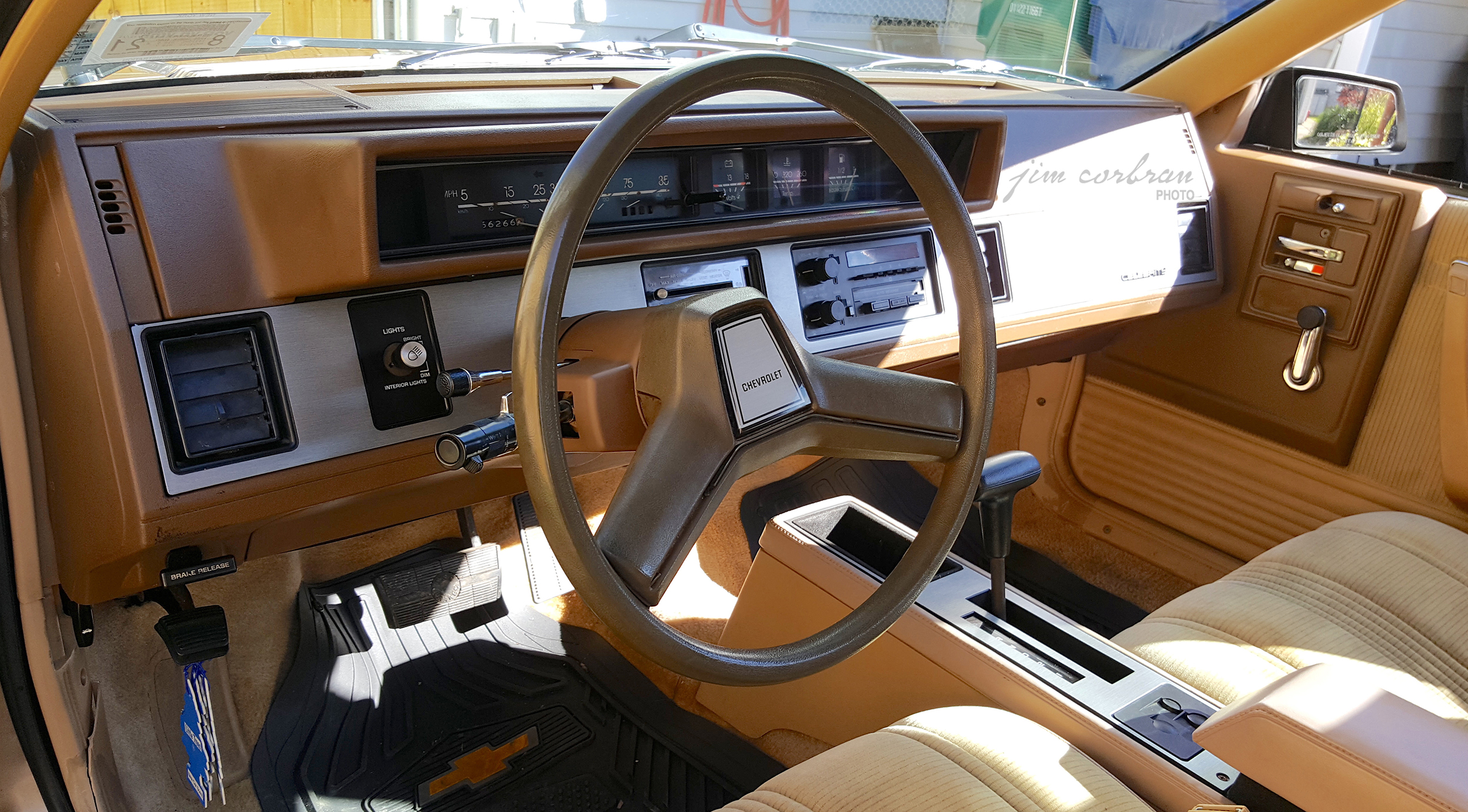 Here’s one of those cars which history seems to have forgotten, at least as far as collectibility goes, a base model 1985 Chevrolet Celebrity. (We’ll pause here while you try and remember the last time you saw one.) This one has just 66k on the odometer, and is owned by Corey Dickens of South Buffalo. If you’re paying attention, you’ll notice in some of the photos what appears to be another Celebrity in Mr. Dickens’ driveway. And you are correct! Watch this space in the coming weeks for photos of his ’89 Eurosport. Getting back to today’s RealRide, he bought it in Tennessee a couple of years ago, and it’s still sporting the dealer tag on the trunk lid from Pat Patterson in Memphis, which from an internet search we’ve deduced is a Volvo dealership. Under the hood is the standard 2.5L fuel-injected I-4, which is connected to a three-speed automatic. One of the improvements made since the purchase is the set of NOS wheel covers currently adorning the car, and of course, whitewalls!