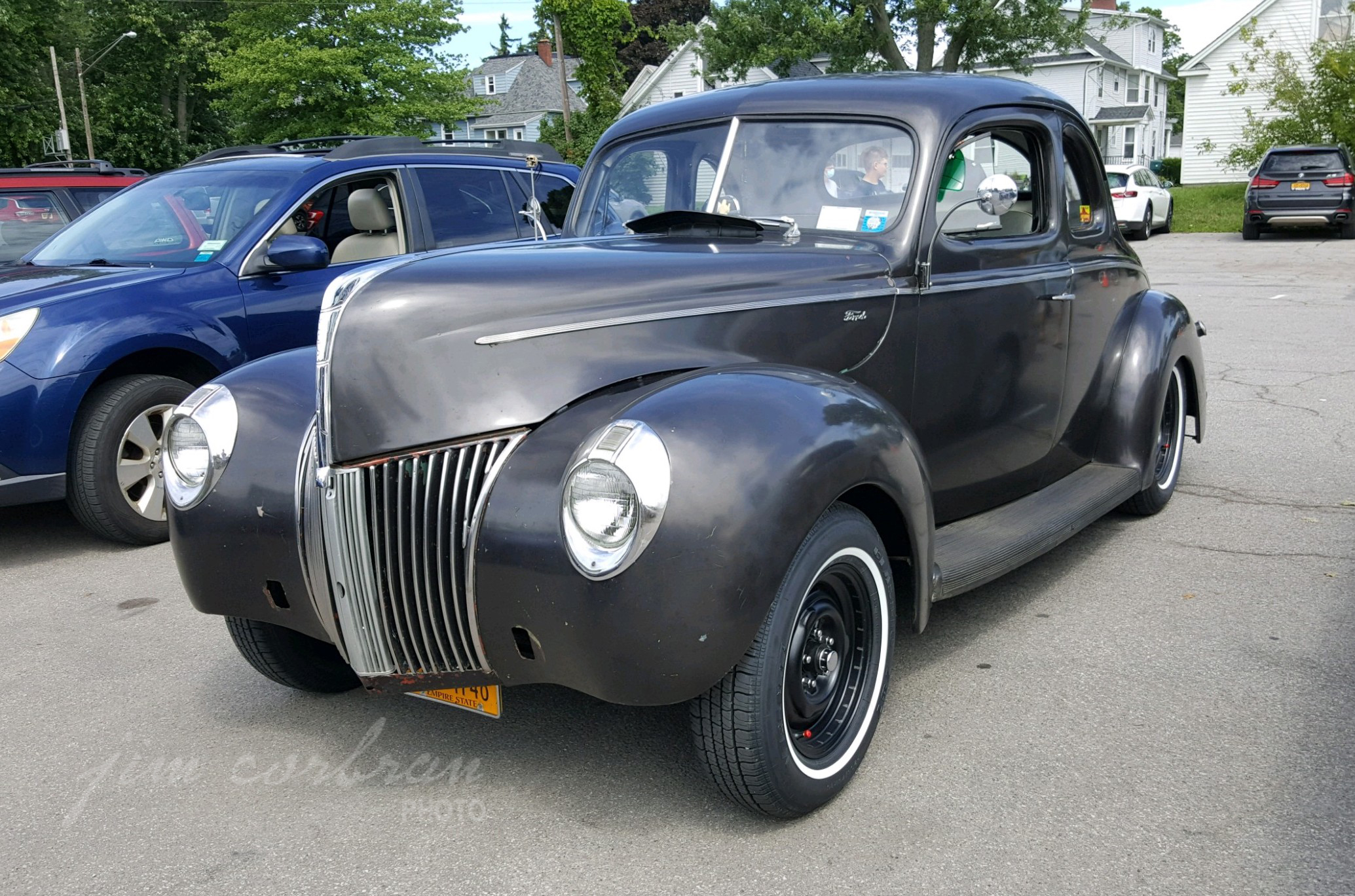 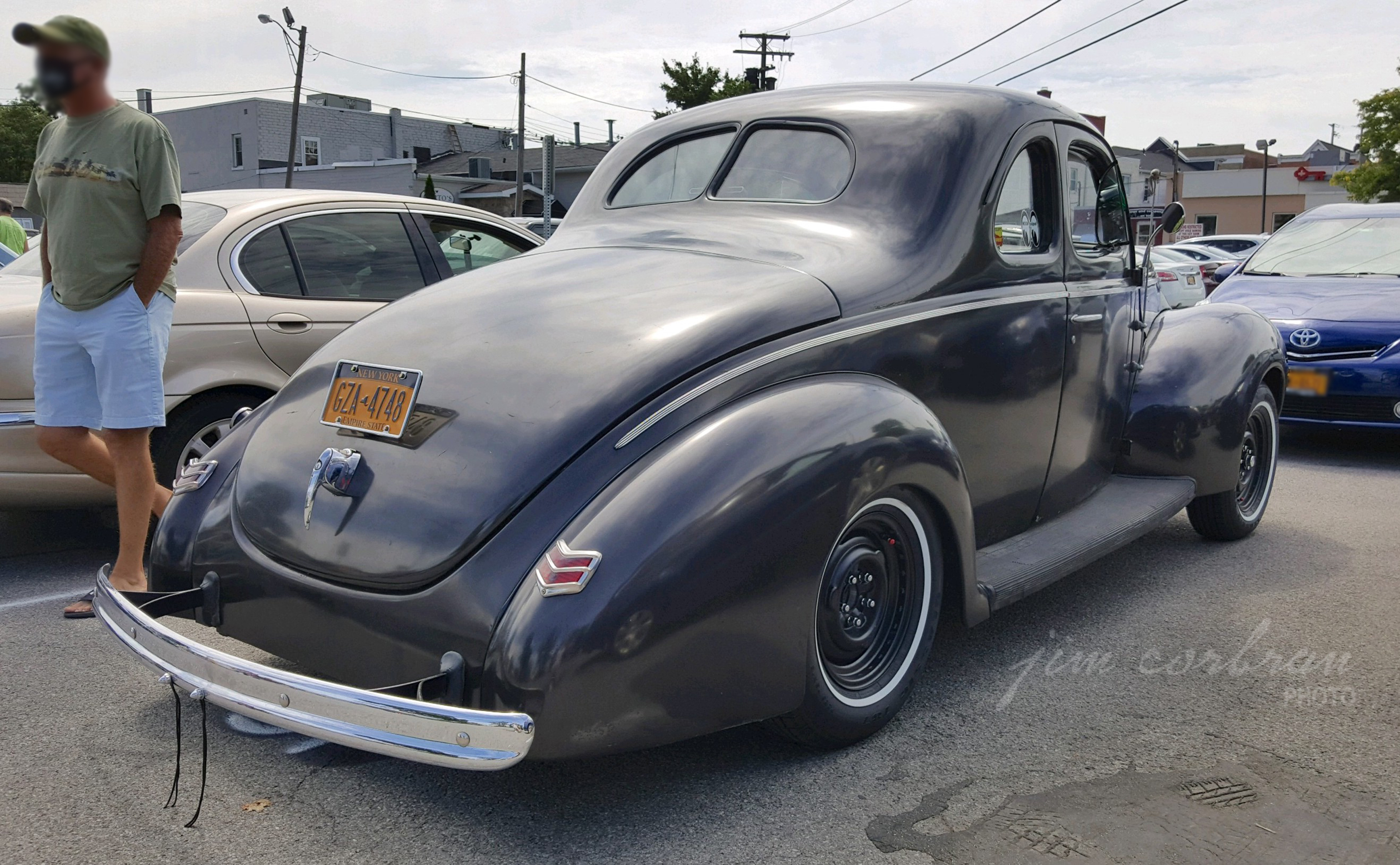 This 1940 Ford Coupe may not have had the new-for-1940 grille of the Deluxe models, but it still had a Ford V8 engine under the hood. Ford had a practice of using the previous year’s front clip on its standard lineup for a few years, and it always confused the heck out of me. In the brochure they told us that the Coupe “…carries three with even greater ease [than the sedan], since the gearshift lever moved from the floor to the steering post.” That setup became known as a three-on-the-tree. Sealed beam headlamps were new for 1940, pretty much industry-wide. We saw today’s RealRide at a Model A Restorers Club car show in Hamburg.