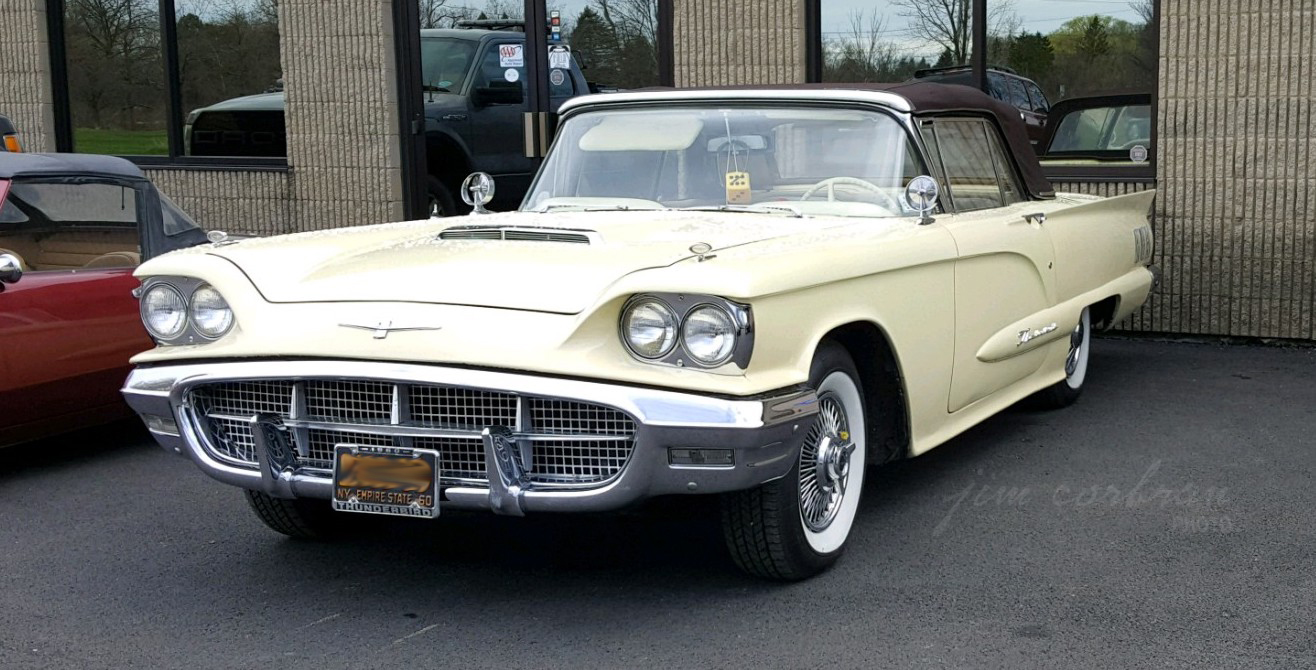 You don’t see many Square Birds out in the wild; and few of them seem to be convertibles and almost none are ever in Moroccan Ivory like this one, seen earlier this year in Youngstown. The 1960 Ford Thunderbird was the third and final year for this styling cycle, as the new Bullet Birds would start their three-year run for MY 1961. This color was a T-Bird exclusive for 1960; the closest thing to it in the rest of the lineup was Yosemite Yellow (not available on the new Falcon). The 1960 Buyer’s Digest of New Car Facts for ’60 (really a book-like brochure all about the new Ford lineup) said the Thunderbird’s “…four-foot wide doors are the gateways to interiors so elegant and with such spaciousness for four, that they are seldom equaled in even the big, bulky cars.” 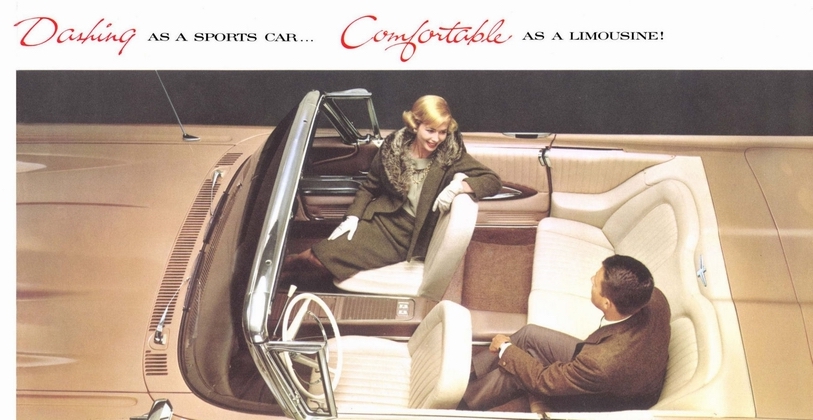