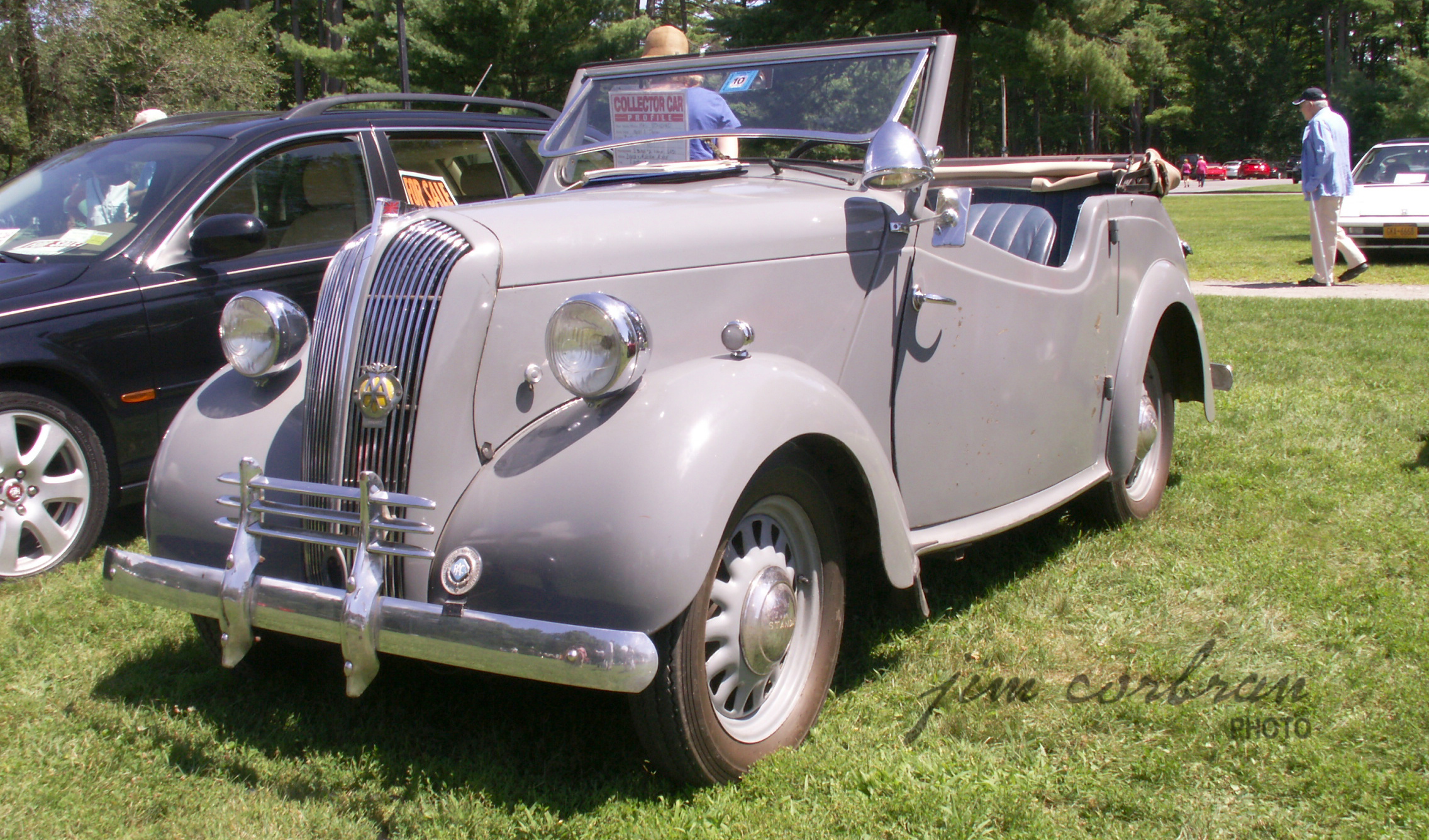 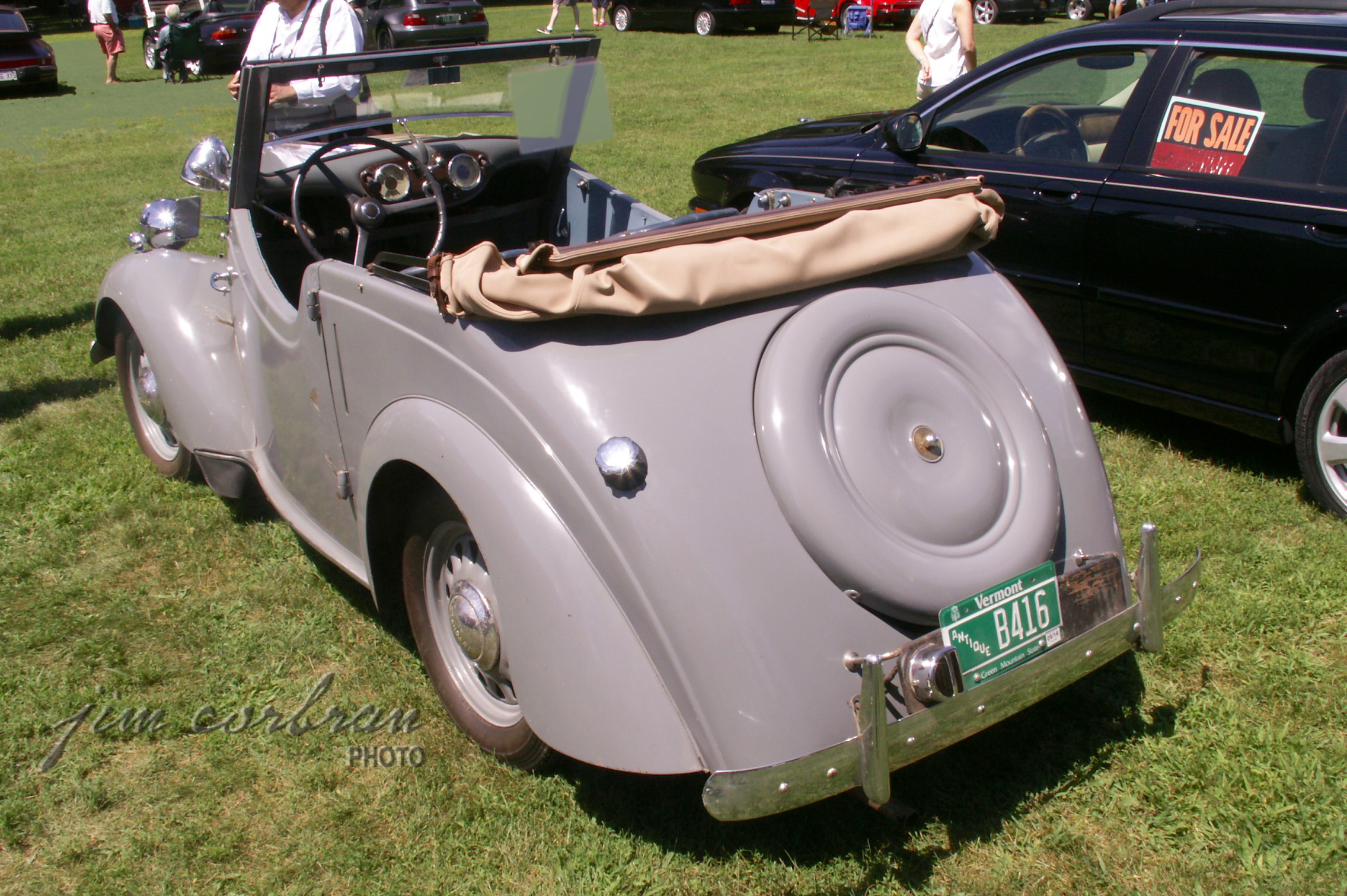 We found this 1946 Standard Eight Tourer back in 2015 at the Hemmings Sports & Exotic Car Show in Saratoga Springs. And then were flummoxed about its particulars after we’d discovered that our notebook from the show was missing in action. Luckily, a little internet research (helped by the fact we could read the “Standard” logo on the hubcaps) turned up an article in Hemmings from a few months previous on this very car. The owners who showed the car in Saratoga were the car’s third, and at that time they had done the repairs necessary to make the car driveable, but still weren’t sure if they would undergo a restoration or not. It’s equipped with a 1009cc four-cylinder engine which put out eight (thus the name) horsepower. Yes, eight! British cars were taxed according to their horsepower rating, so this was probably about as low as you could go. Sweet!