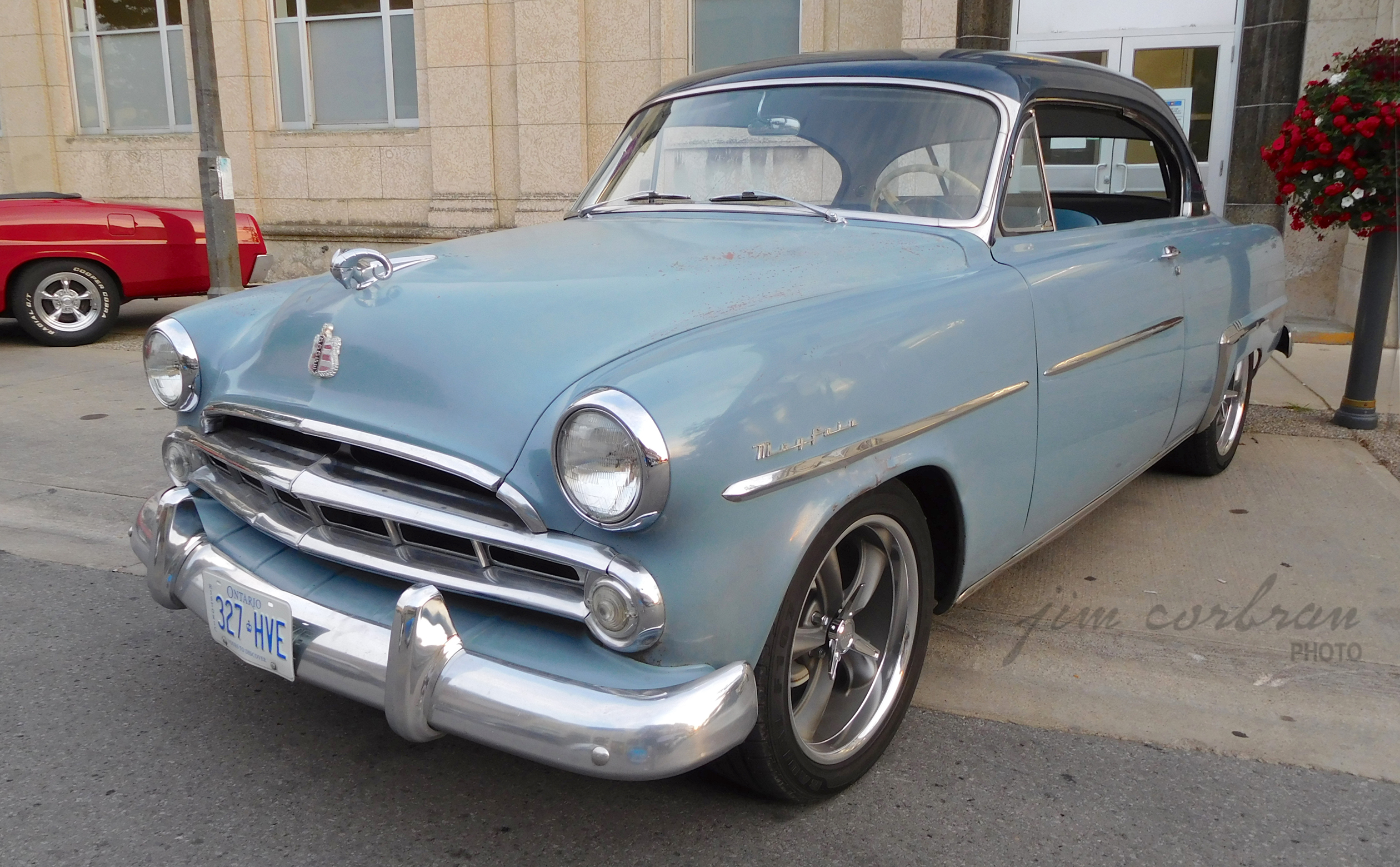 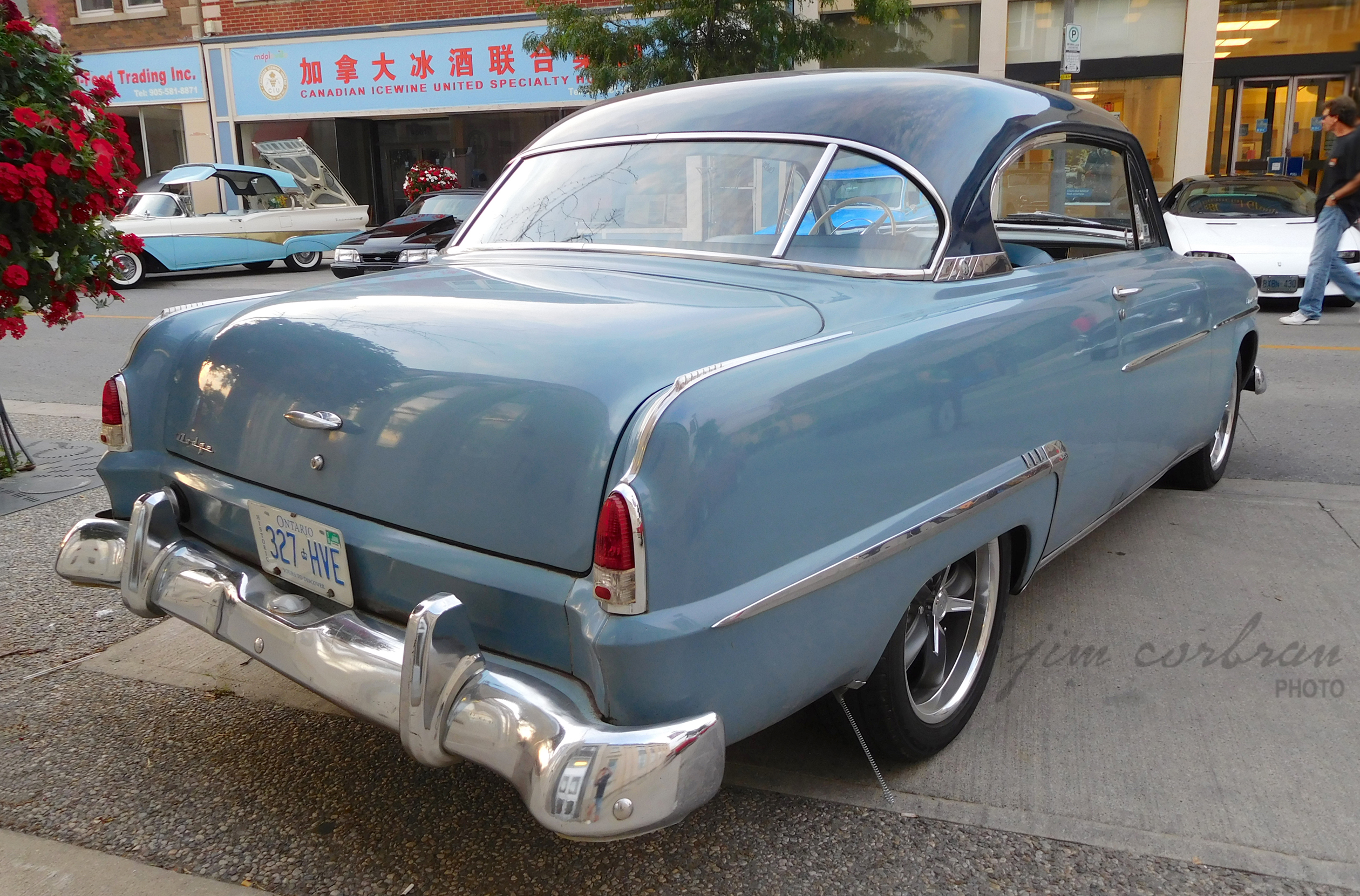 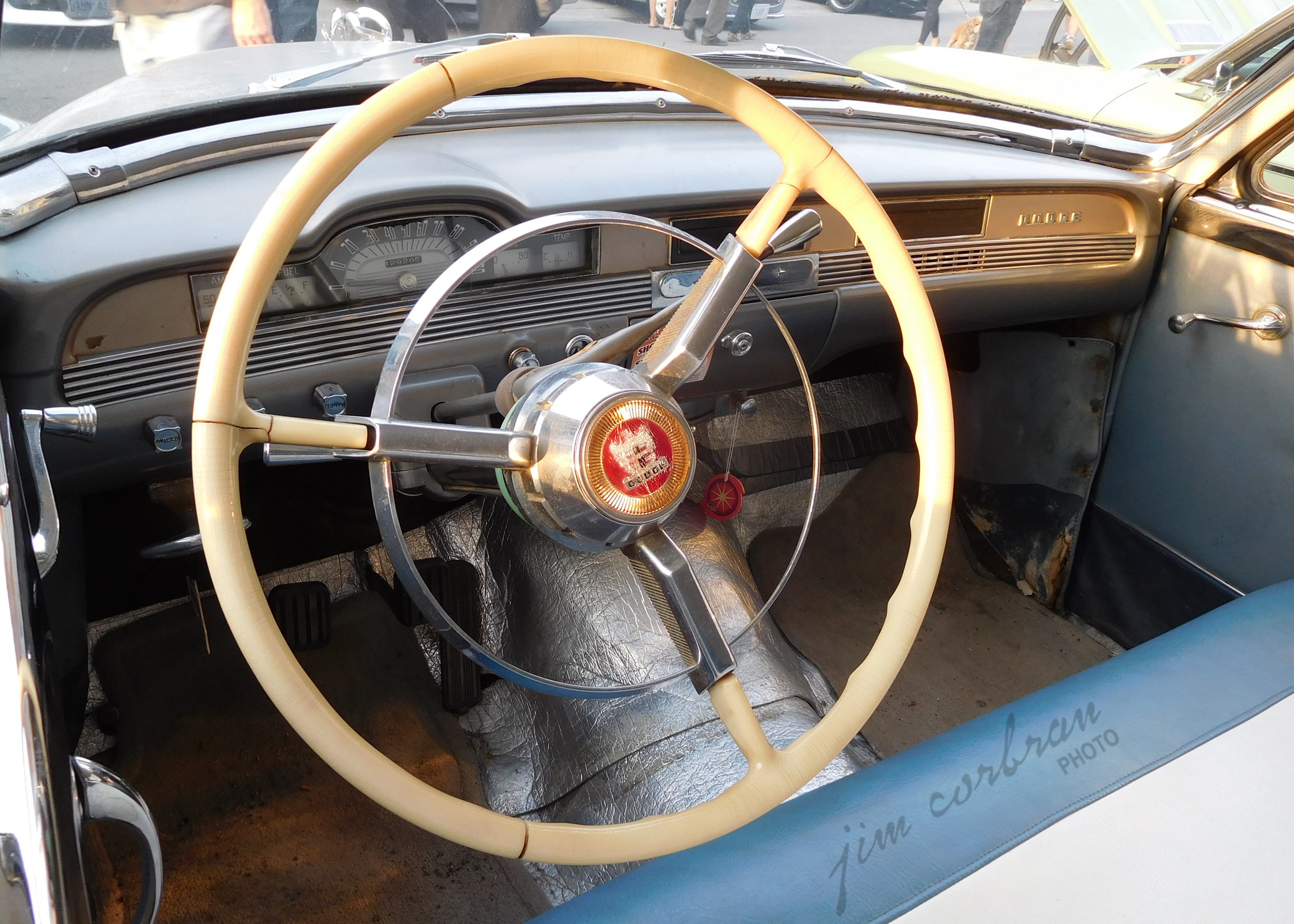 This 1953 Dodge Mayfair is another one of those cars that, growing up in a border town we were used to seeing. People from the heartlands though, might have been a bit confused encountering one of these things — basically a Plymouth with a Dodge front clip which was sold in Canada. This Mayfair hardtop was based on Plymouth’s Belvedere; in the U.S. the larger Dodge hardtop was in the Coronet line. We saw this Mayfair a few summers ago at a weekly Cruising-On-the-Q cruise night on Queen Street in Niagara Falls, Ontario.