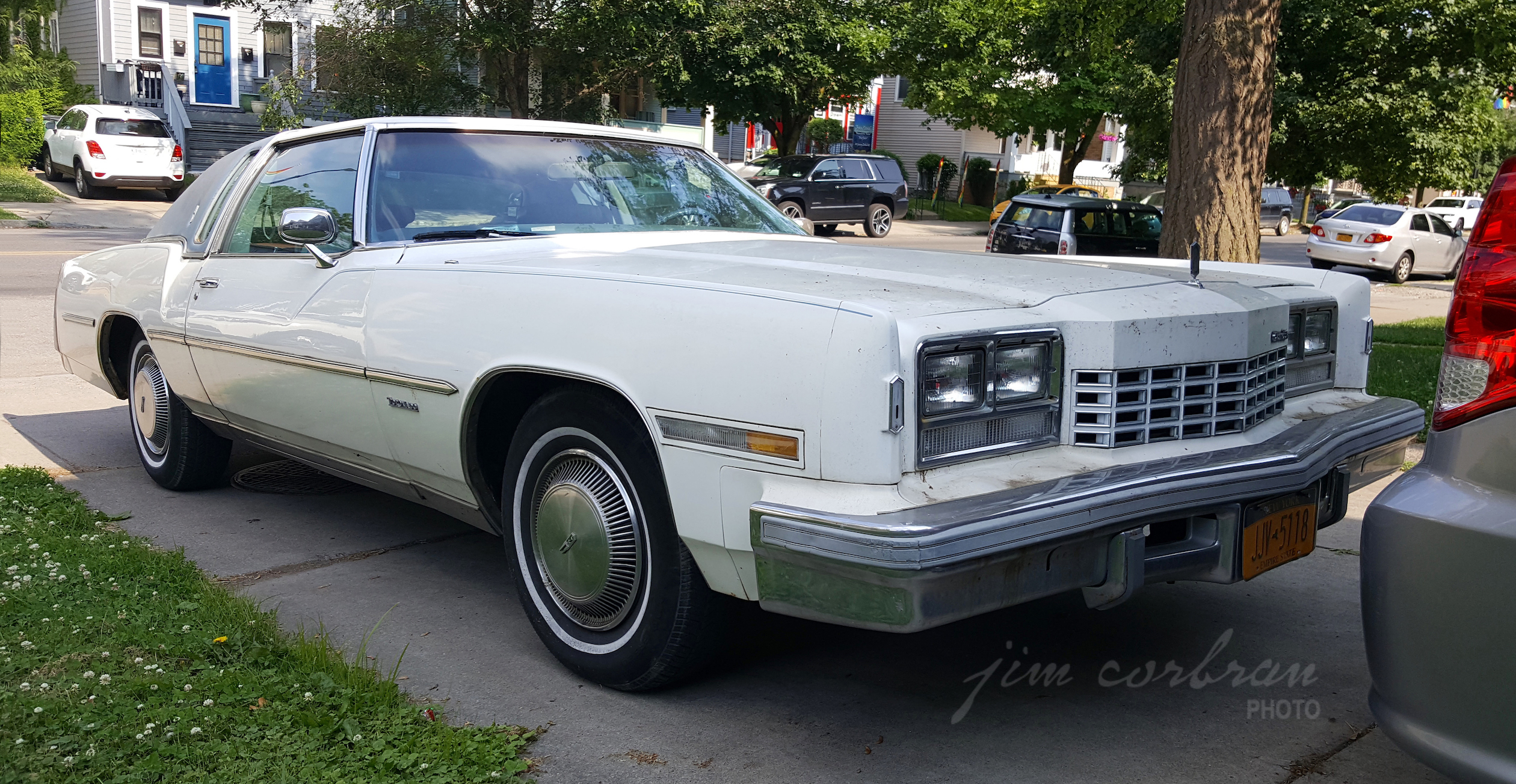 Was following this 1977 Oldsmobile Toronado Brougham a few weeks ago when it pulled into a Buffalo driveway, so I stopped and took a few photos. The owner told me he’d bought it from an estate, where it’d been sitting for a while. Looks pretty darn good for a 44-year-old car which, let’s face it, wasn’t really built with that much longevity in mind. For 1977, the Toro came in two models, this Brougham, and the Toronado XSR which had a wraparound rear window and a pair of sliding skylights in the roof over the front passenger seats. All of Olds’ front-drive coupes came equipped with what they referred to as “…a more fuel-efficient Rocket 403 V8.” Gas mileage? The U.S. government 1977 Gas Mileage Guide lists it at 13/19 city/highway (which is better than my guess would have been).