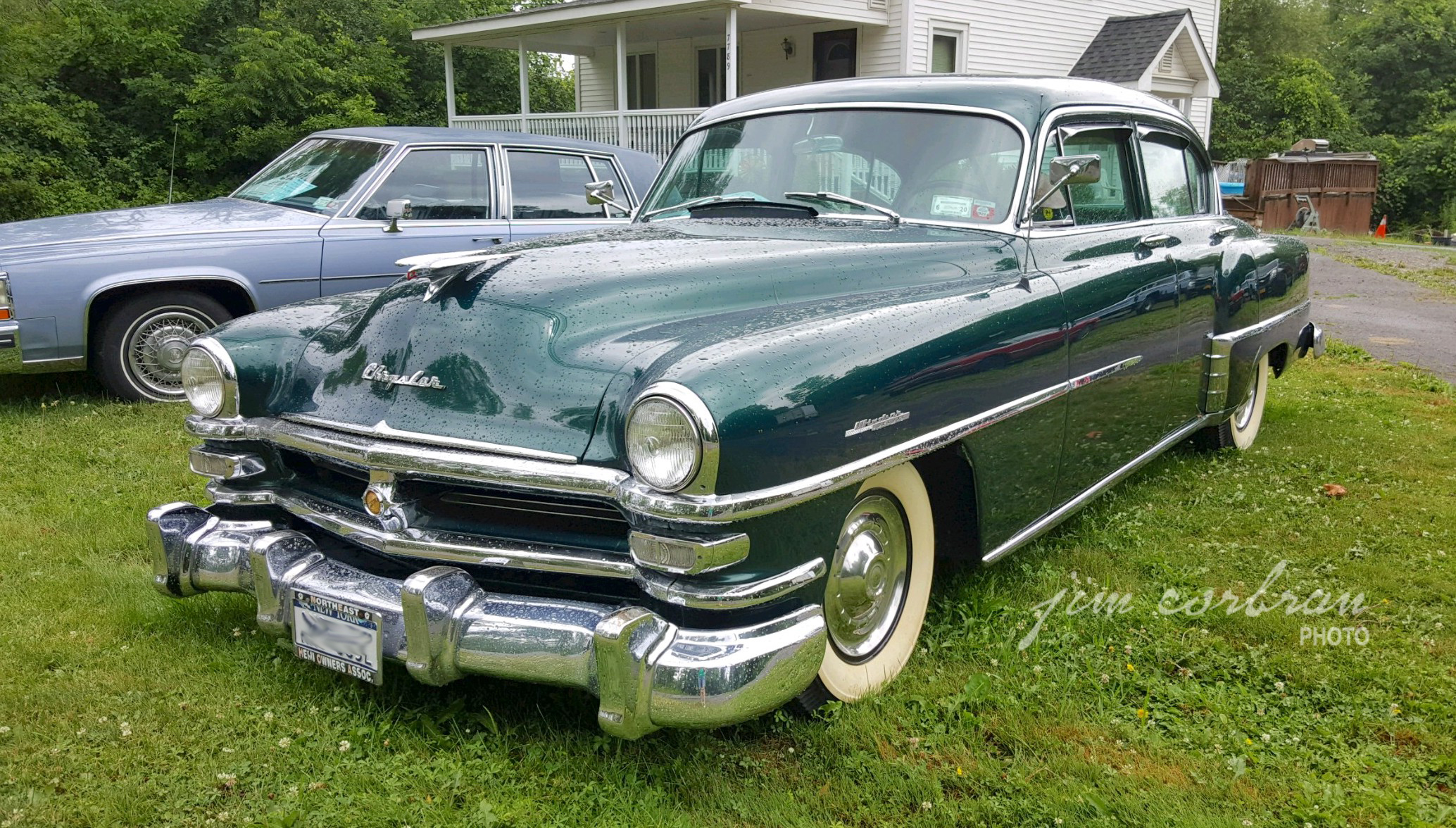 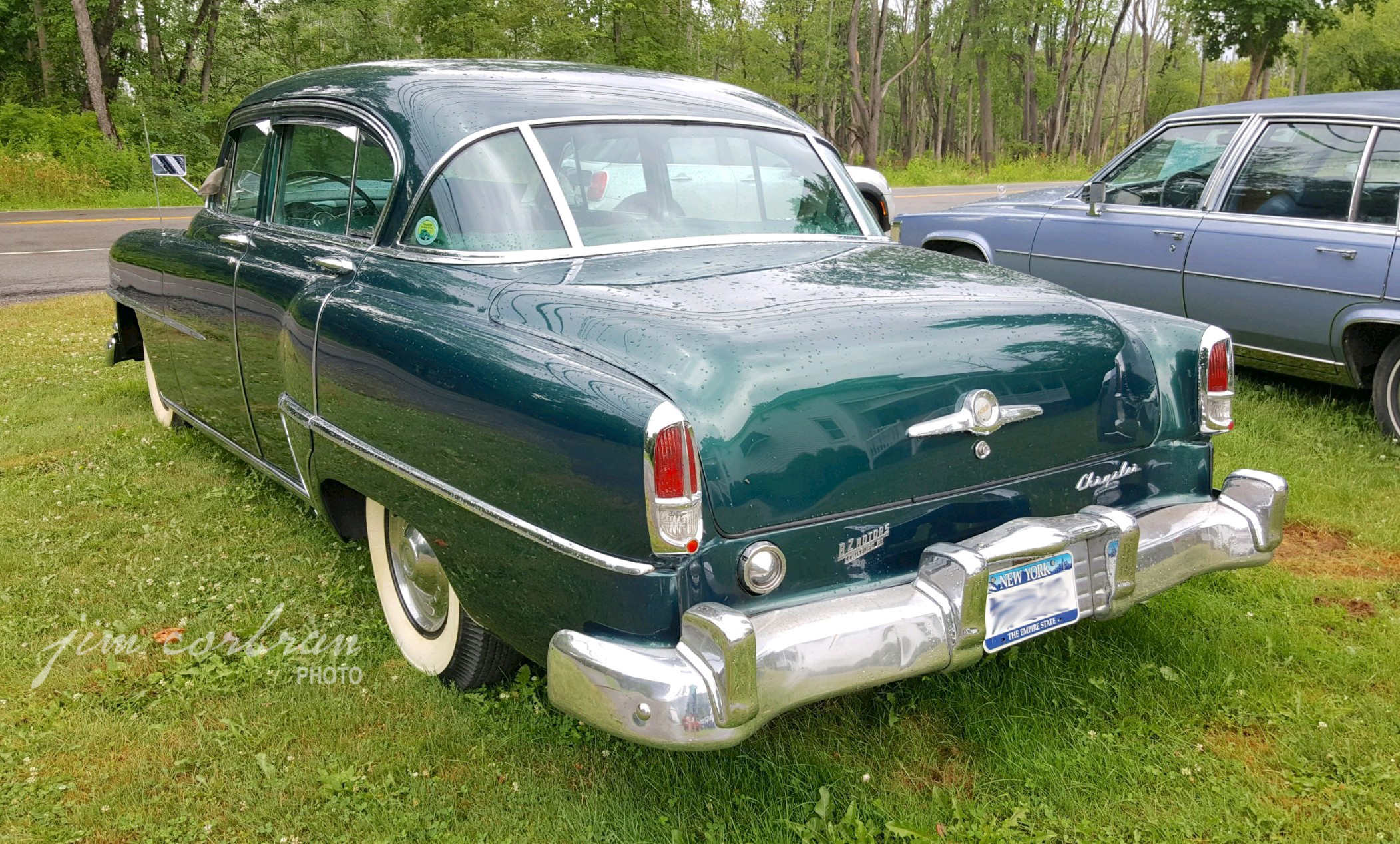 Driving through Elma one rainy afternoon earlier this summer I came across this 1953 Chrysler Windsor by the side of the road wearing a For Sale sign. When this car left the factory, it most likely had Chrysler’s Spitfire engine under the hood, an inline six which delivered 119 horsepower. Pricier New Yorkers (and the Imperial) came with the FirePower engine, a 180-hp V8 with a Hemispherical Combustion Chamber — commonly known these days as a Hemi. However… that For Sale sign in the window of this (we think) Everglades Green sedan indicated that under its hood is a 426cid Hemi, a much more potent engine usually found in modern-day Chrysler Corp. muscle cars; and it’s wearing a license plate frame from the Northeast Hemi Owners Association. That would be something really different for a car like this! The dealership badge on the rear indicates this car was purchased at BZ Motors in Lewisburg, Pennsylvania. A quick check on the internet shows that BZ is currently a Chrysler Dodge Ram Fiat dealer, still located in Lewisburg. 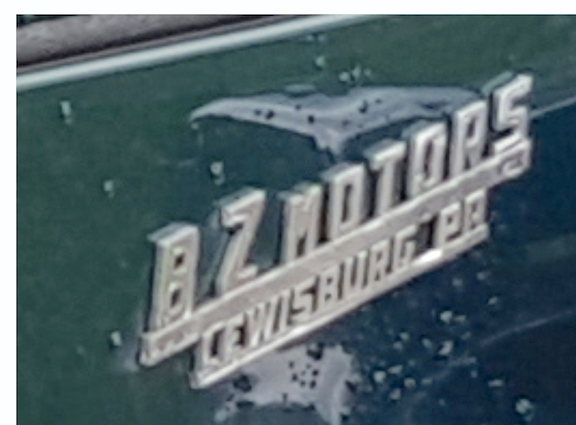