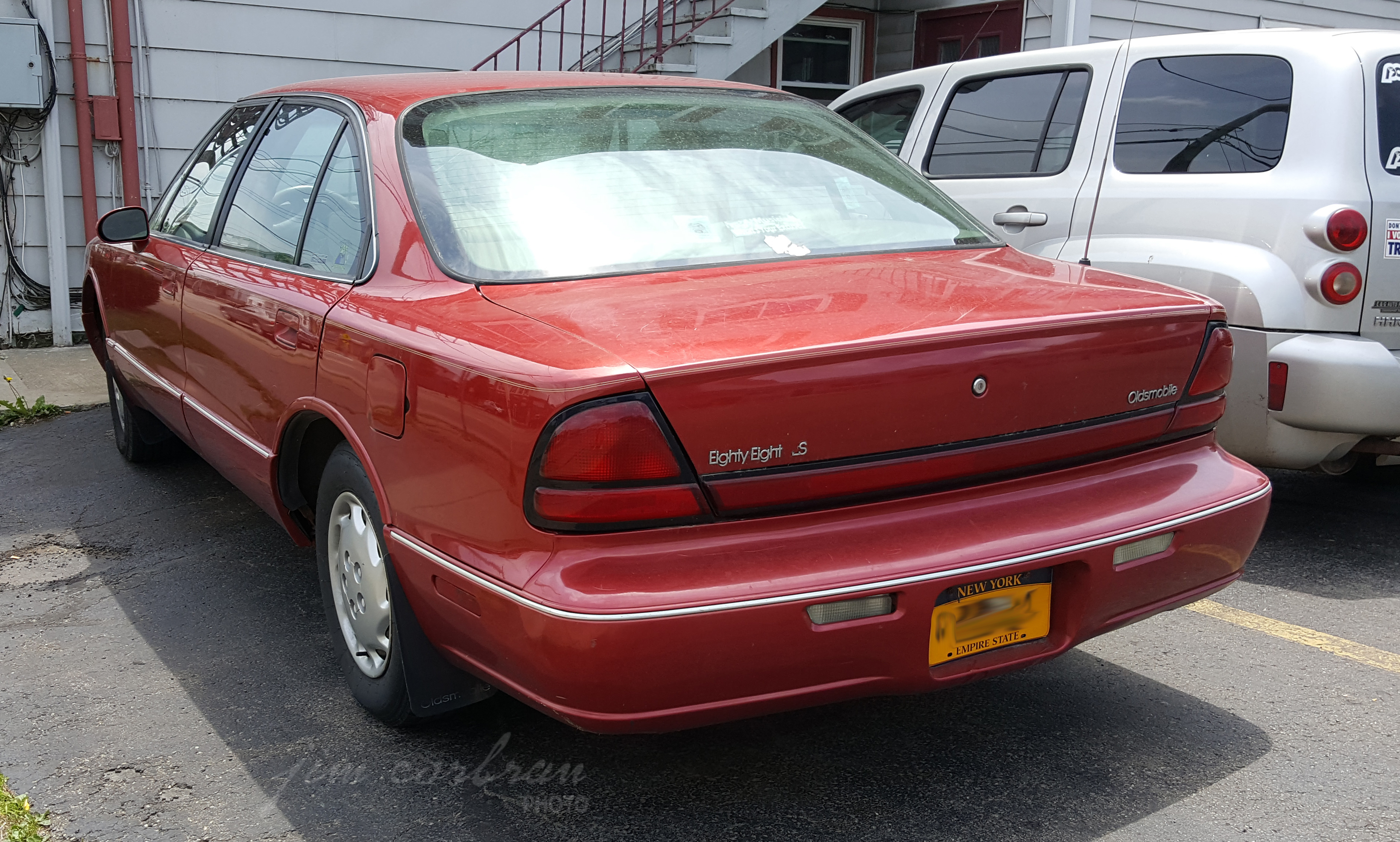 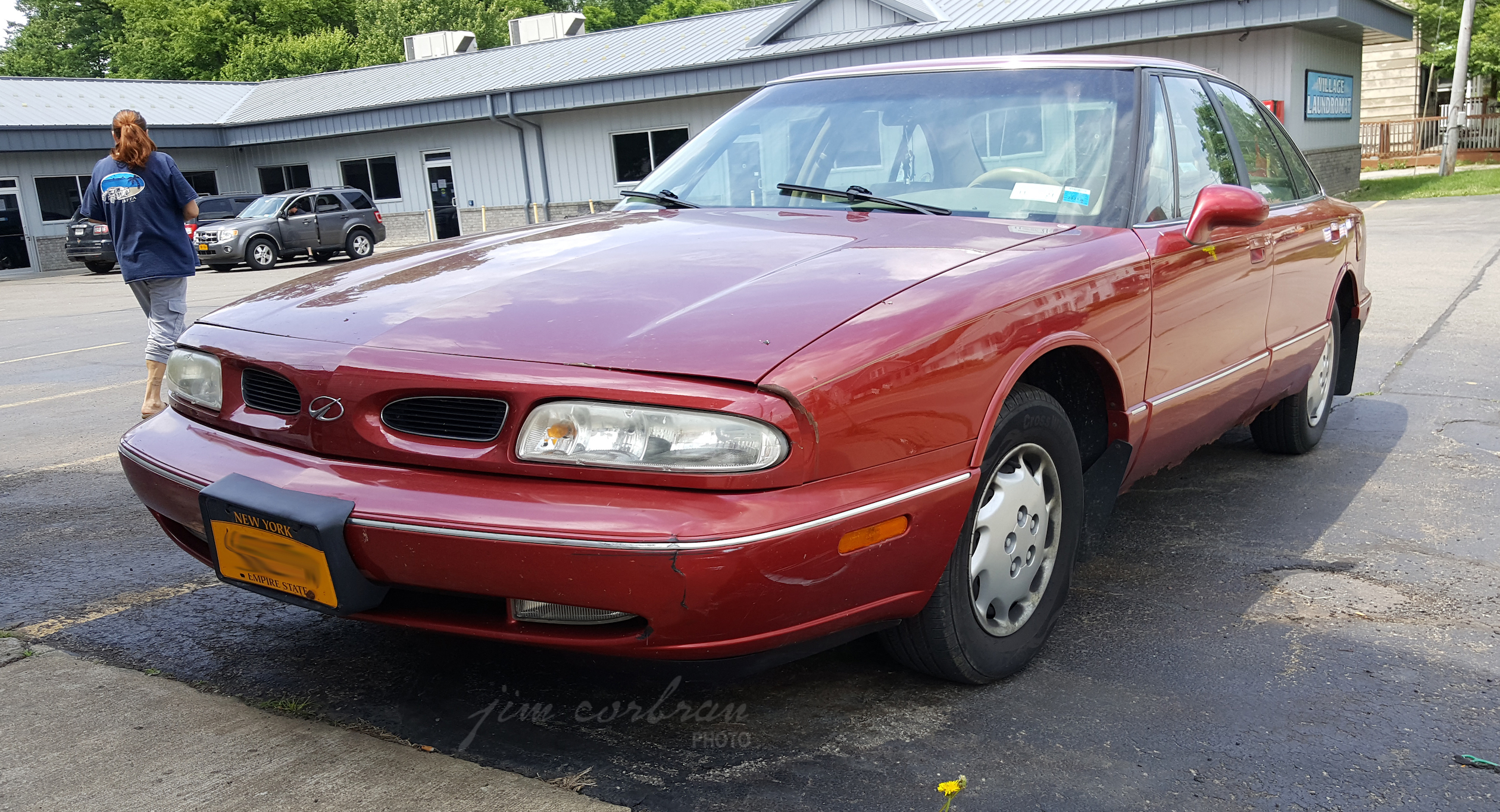 I’ll admit that when I first spotted this 1999 Oldsmobile Eighty-Eight LS in Gowanda, from a block away I thought it was a Chevy Lumina. They’re definitely similar in shape IMO, and you don’t see many of either nameplate much these days. This was the final year for the Eighty-Eight, a nameplate whose origin goes back to the Futuramic 88 series of 1949. Although they were sold side-by-side for MYs 1998-99, the Eighty-Eight was basically replaced in the Olds lineup by the Intrigue. Purists might argue with that assumption, but after the Eighty-Eight bowed out, Olds offered only the large-compact Alero, the Intrigue, and the Aurora which was close in size to the Eighty-Eight, but much more expensive and with more of a performance/luxury image.