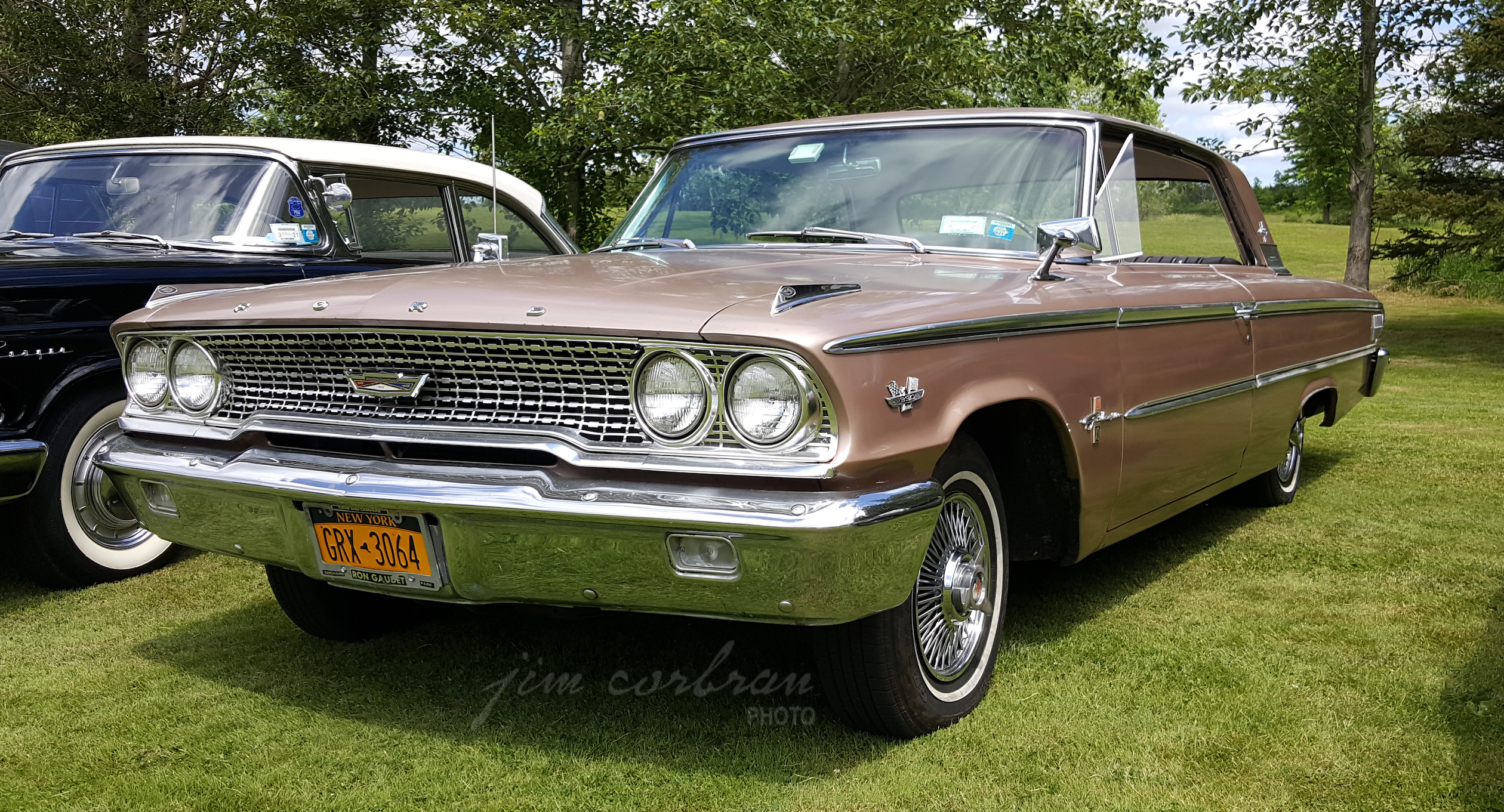 This 1963 Ford Galaxie 500/XL is wearing the same Rose Beige paint job as the ’63 Falcon we featured here at the start of the month. I may have mentioned here before that when I was a kid, Dad had a bare-bones Galaxie sedan in one of the the most boring colors Ford offered: Sandshell Beige; while at the same time Mom drove a ’63 Country Sedan which was Rangoon Red with a white top. Today’s RealRide was seen a few weeks ago at a gathering of local Edsel owners (and friends) in West Falls. The trunklid still sports the dealer plate from University Ford in Champaign-Urbana, Illinois, which became Hill Ford in 1982 (Hill sold the franchise back to Ford Motor Co. in 2004; it's now Champaign Ford City). The 500/XL was Ford’s sportiest full-size offering for MY 1963. I doubt if many left the factory painted Sandshell Beige, Lol…