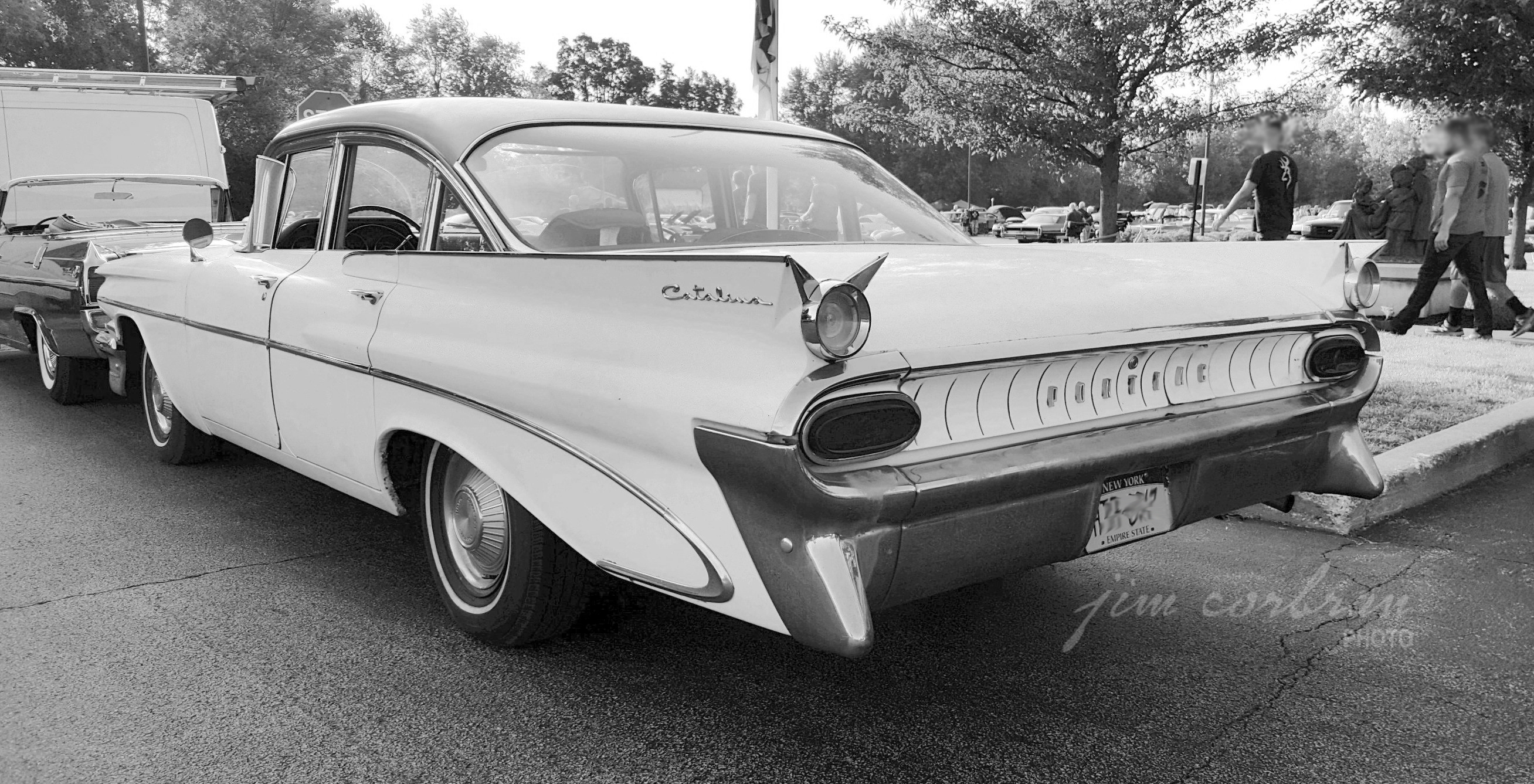 Take a close look at the vent window on this 1959 Pontiac Catalina and you’ll see what we did back in the old days when hardly anybody had a car with a/c. The ’59s were the first Pontiacs to be designed under the tutelage of Semon E. “Bunky” Knudsen, who was appointed General Manager of GM’s Pontiac Division in 1956. At the time he was the youngest general manager in General Motors history, and had the Herculean task of turning around the image of what had become “an old man’s car.” For MY 1959 he introduced the new Wide-Track Pontiacs — the front wheels were moved out five inches on their axles (4-1/2 in the rear) for better handling, not to mention better appearance. Alas, the Canadian Pontiacs had to make do with a narrower Chevrolet chassis on the wide Pontiac body, which made for a rather odd look (you can really see the difference in the YouTube screenshot below). We saw today’s RealRide in the spectators’ parking area at a recent car show at St. Gabriel’s Church in Elma. 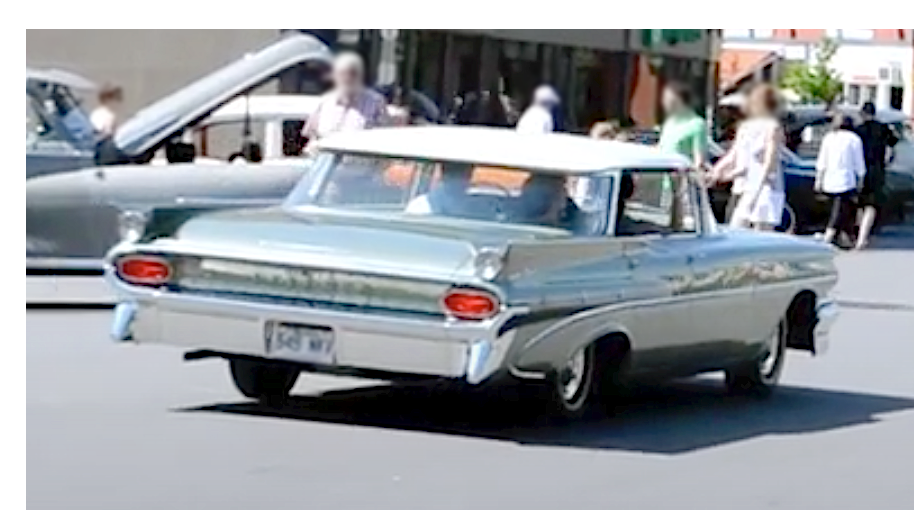