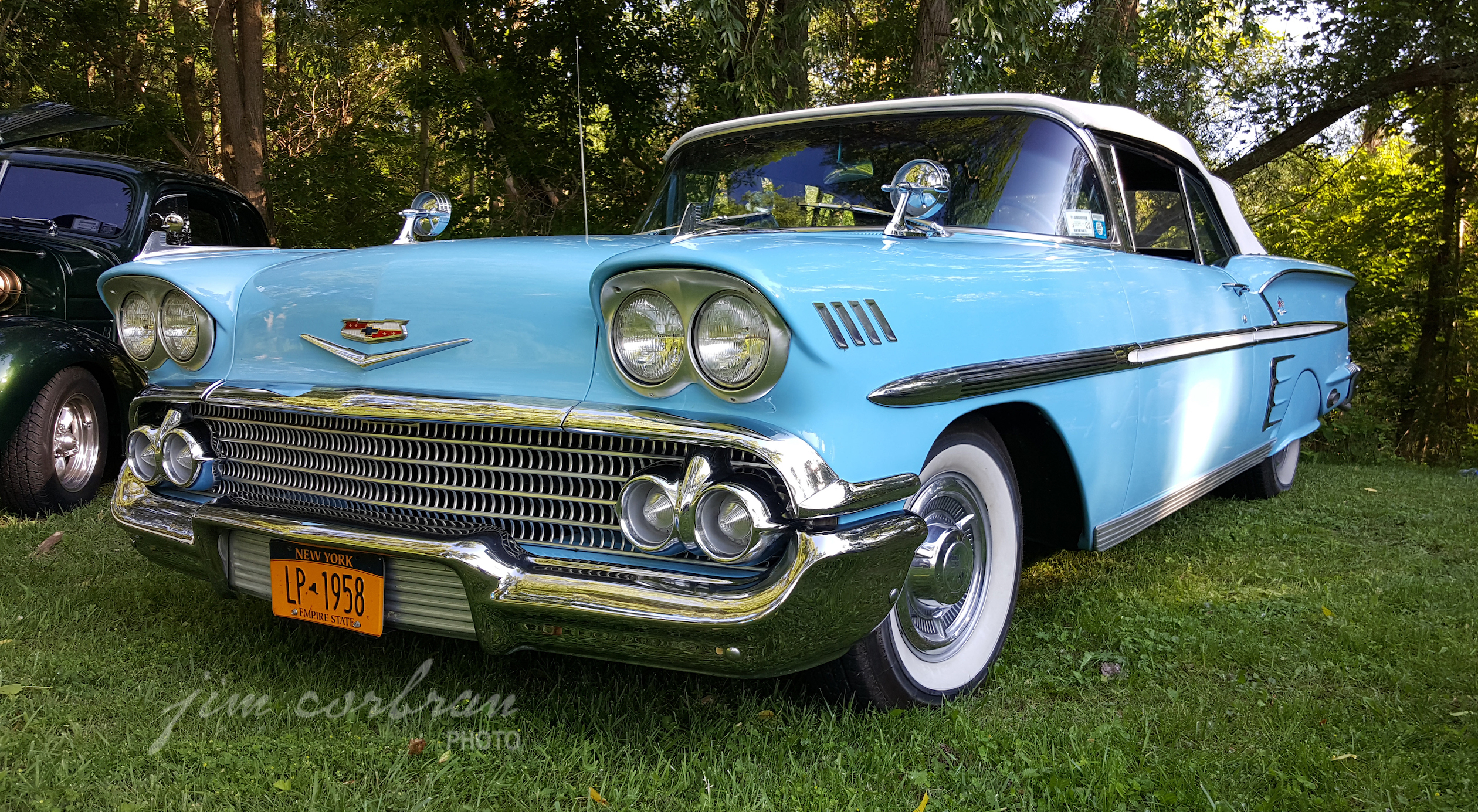 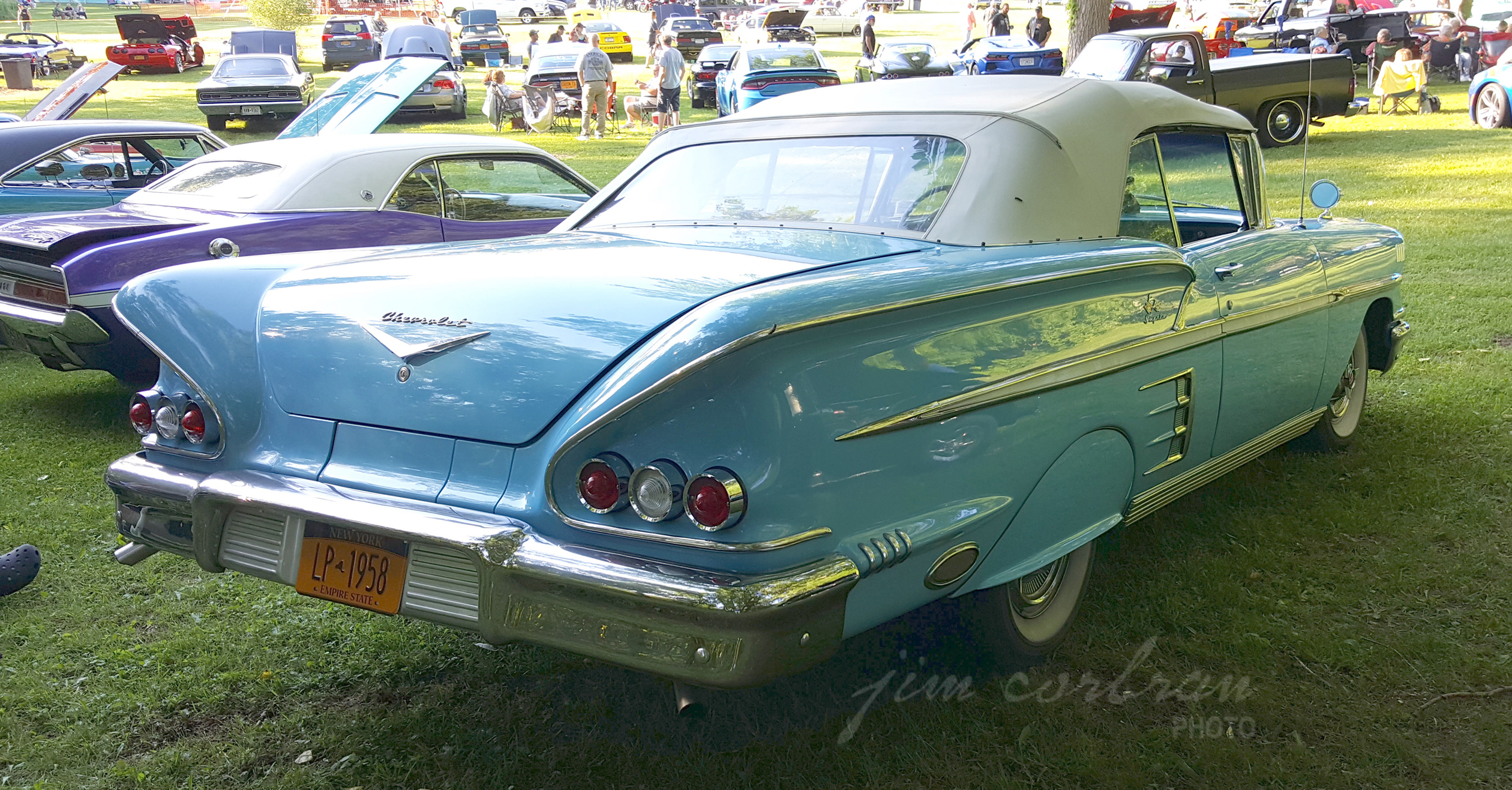 There’s your Tri-Five fans, and then there’s the folks who are more partial to the two model years which followed. Personally, I’m in the group which would prefer this 1958 Chevrolet Impala to the 1959 model. Perhaps because it’s (IMO) somewhat the underdog to the Bat Wing Chevys which followed. You don’t see many at car shows/cruise nights, but we came across this one last month at a weekly cruise in Lockport in the park next to Marvin’s at Widewaters. I was surprised to see it, and even more surprised to see that it wasn’t sporting a continental kit out back when I walked around the car. Seems like so many ’58 Impalas you see these days do have that add-on. Nice.