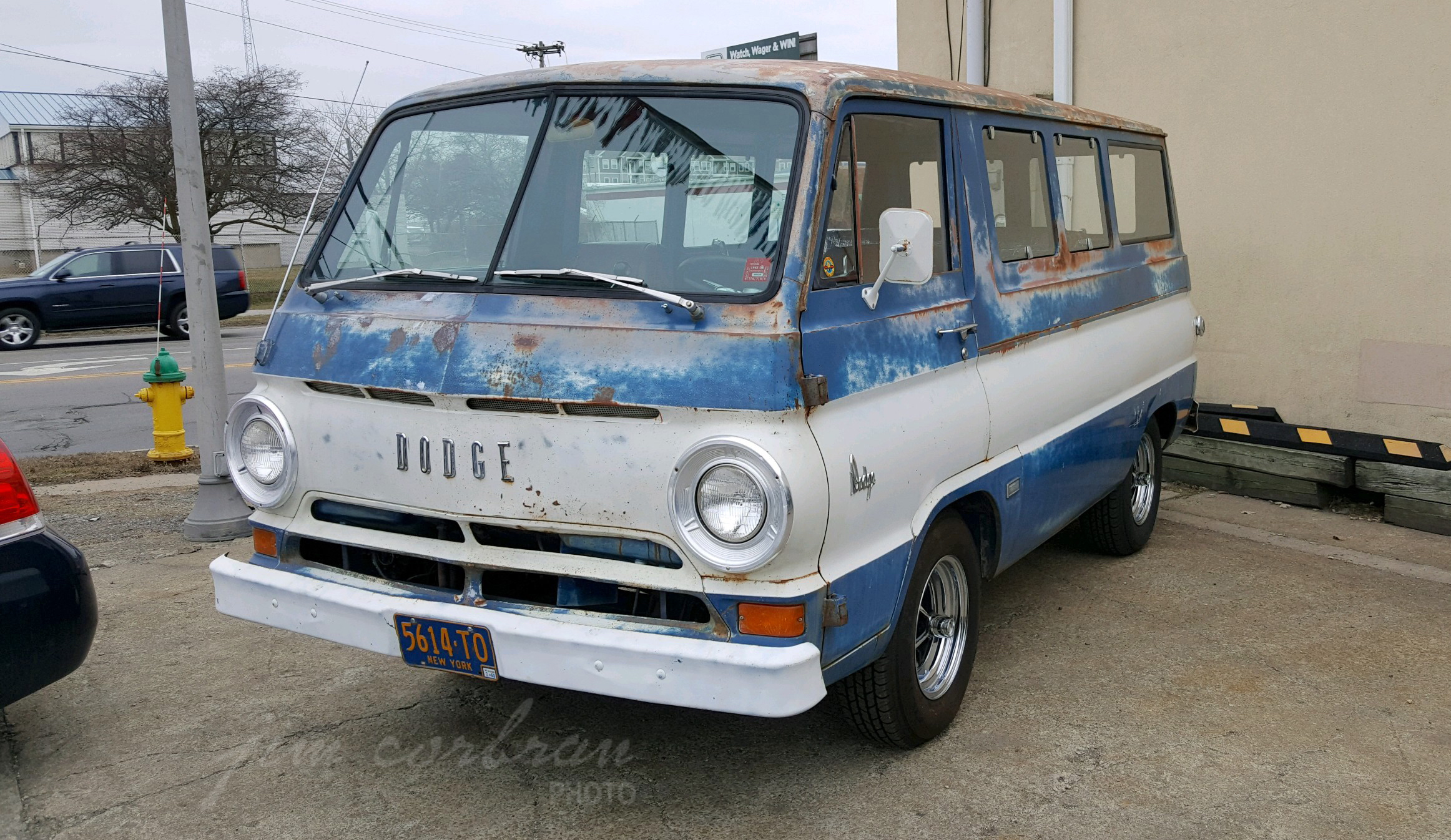 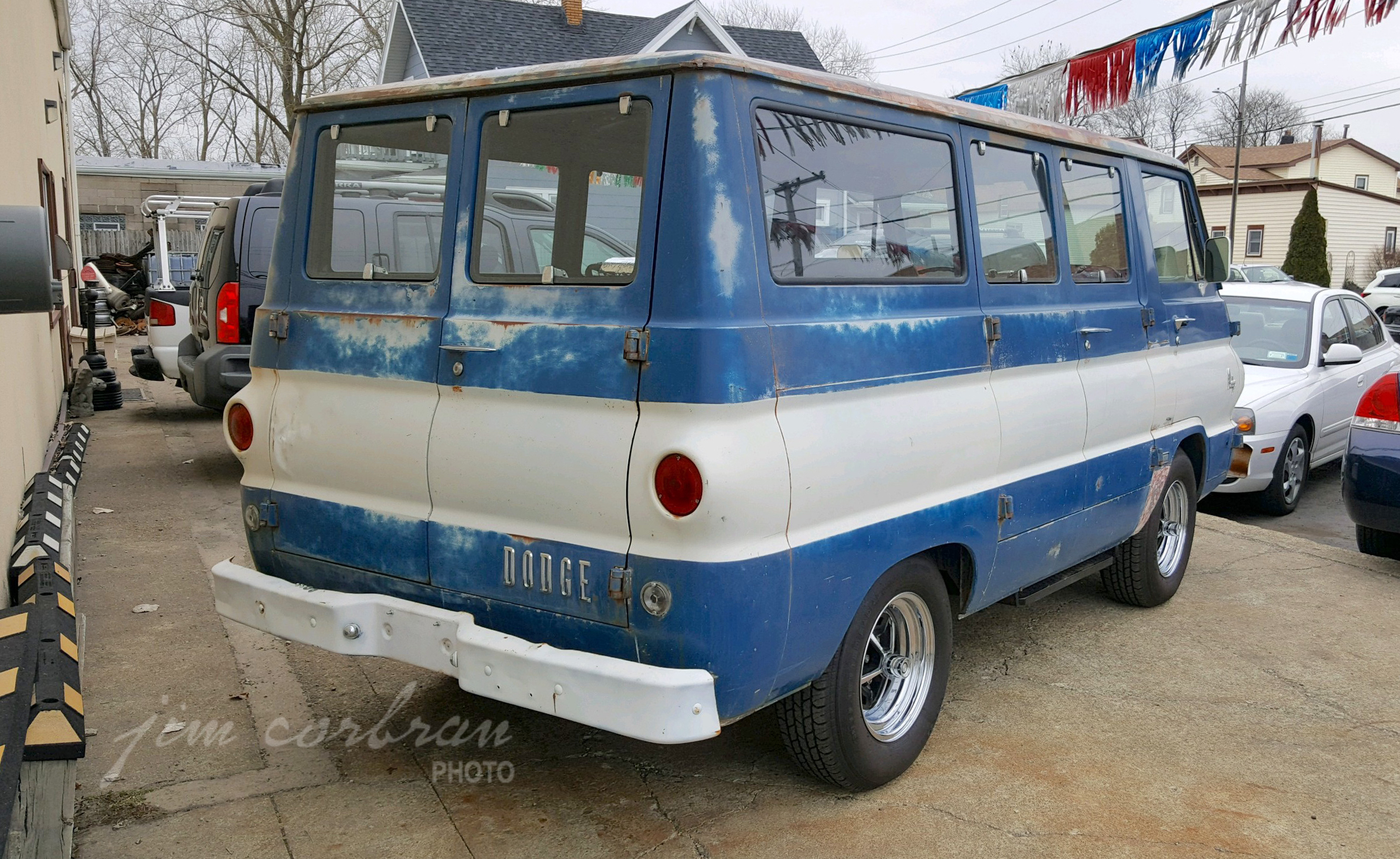 Back when this 1968 Dodge Sportsman van was new, they came in two versions: the base Sportsman (which this one appears to be) and the Custom Sportsman. On both, an intermediate bench seat was standard equipment, as were the swing-out windows on both sides next to that middle bench seat; this one also has optional swing-out windows on the rear doors, as well as what looks like a factory radio antenna on the front. A third-row seat was optional, as was a hot-water auxiliary heater for the rear compartment. A 170cid Slant Six was the base engine, connected to a column-mounted three-speed manual transmission. Optional engines were a larger, 225cid Slant Six and Dodge’s 318cid V8. We saw this one earlier in the year sitting in a North Tonawanda used car lot. (As of this writing, it’s still there.)