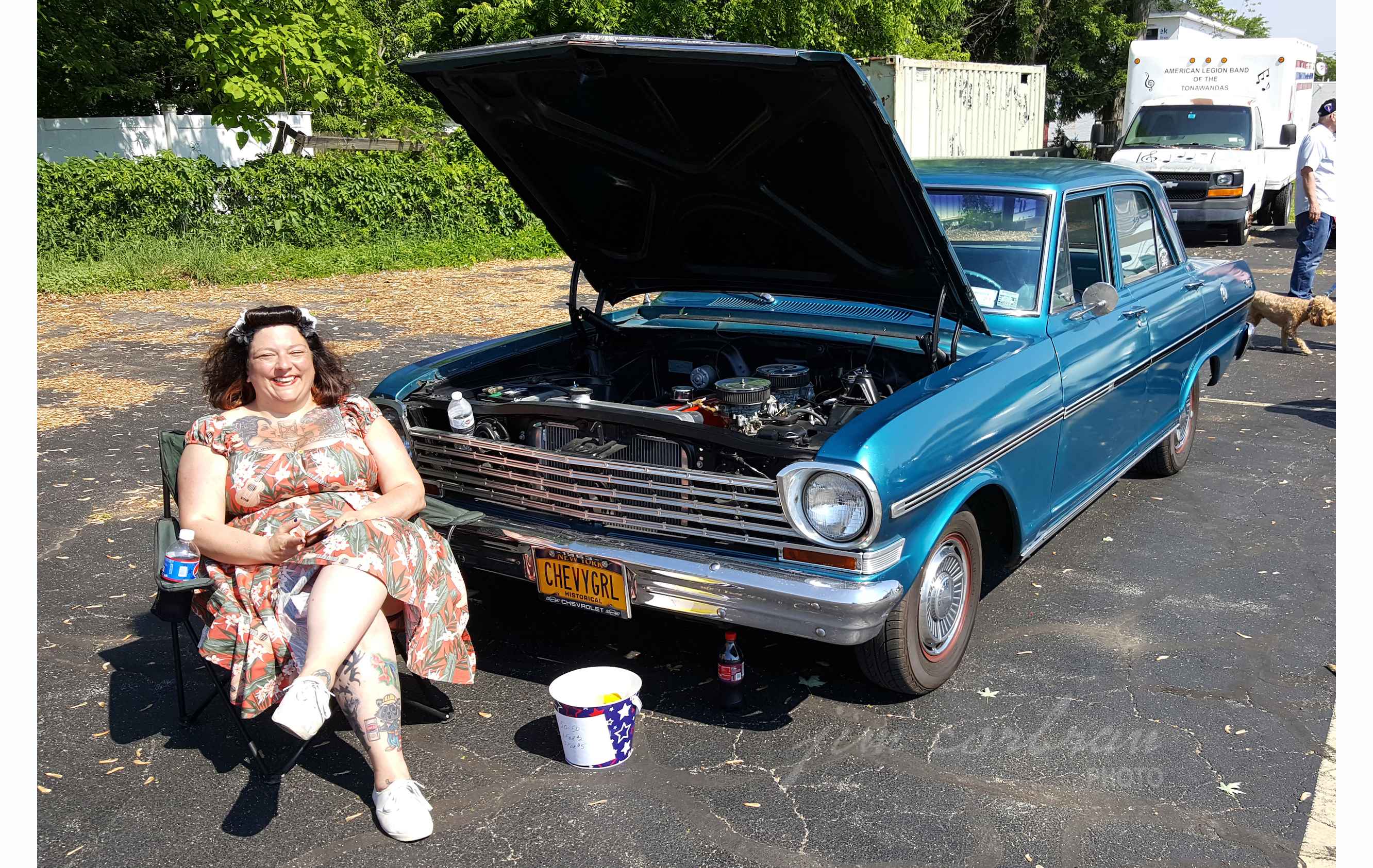 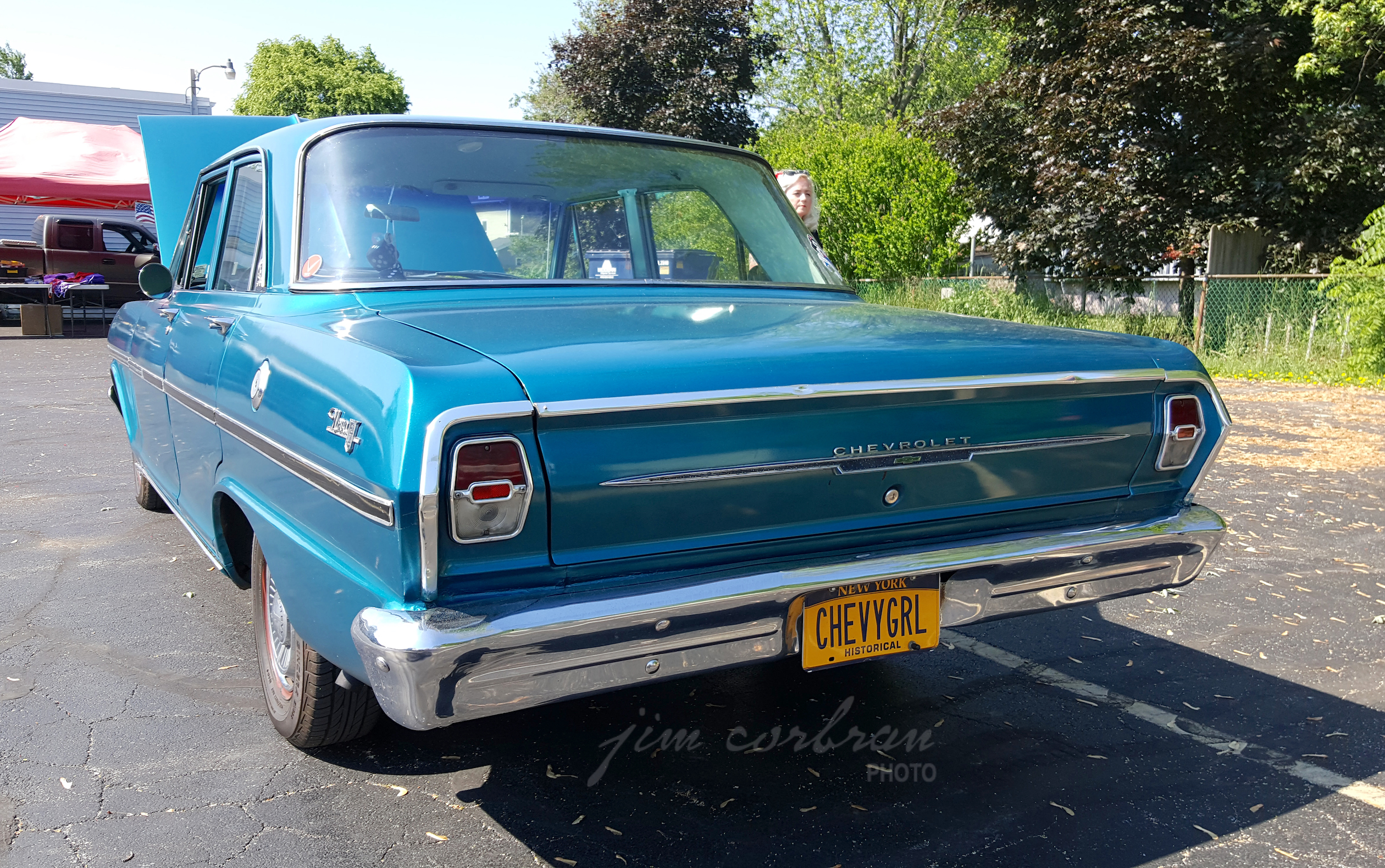 We came across Lancaster’s Anjanette Grzybek and her 1963 Chevy II Nova sedan back in June at a car show held at the Frontiersmen VFW Post in the City of Tonawanda. The Nova’s still mostly stock (for now) save for the floor-mounted shifter and an engine replacement — the old 194 I-6 was replaced by a newer 230-six with Carter carbs and an Offenhauser manifold. Okay, and the fuzzy dice dangling from the II’s rearview mirror are also not factory equipment (the rest of the interior is still pretty much intact). The chassis' front end and floor pans were redone after the car’s purchase back in 2015, and the brakes were updated for safer stops. This one’s definitely a survivor car, still sporting the 13-inch wheels and full wheel covers it had when it left the factory, albeit with new tires.