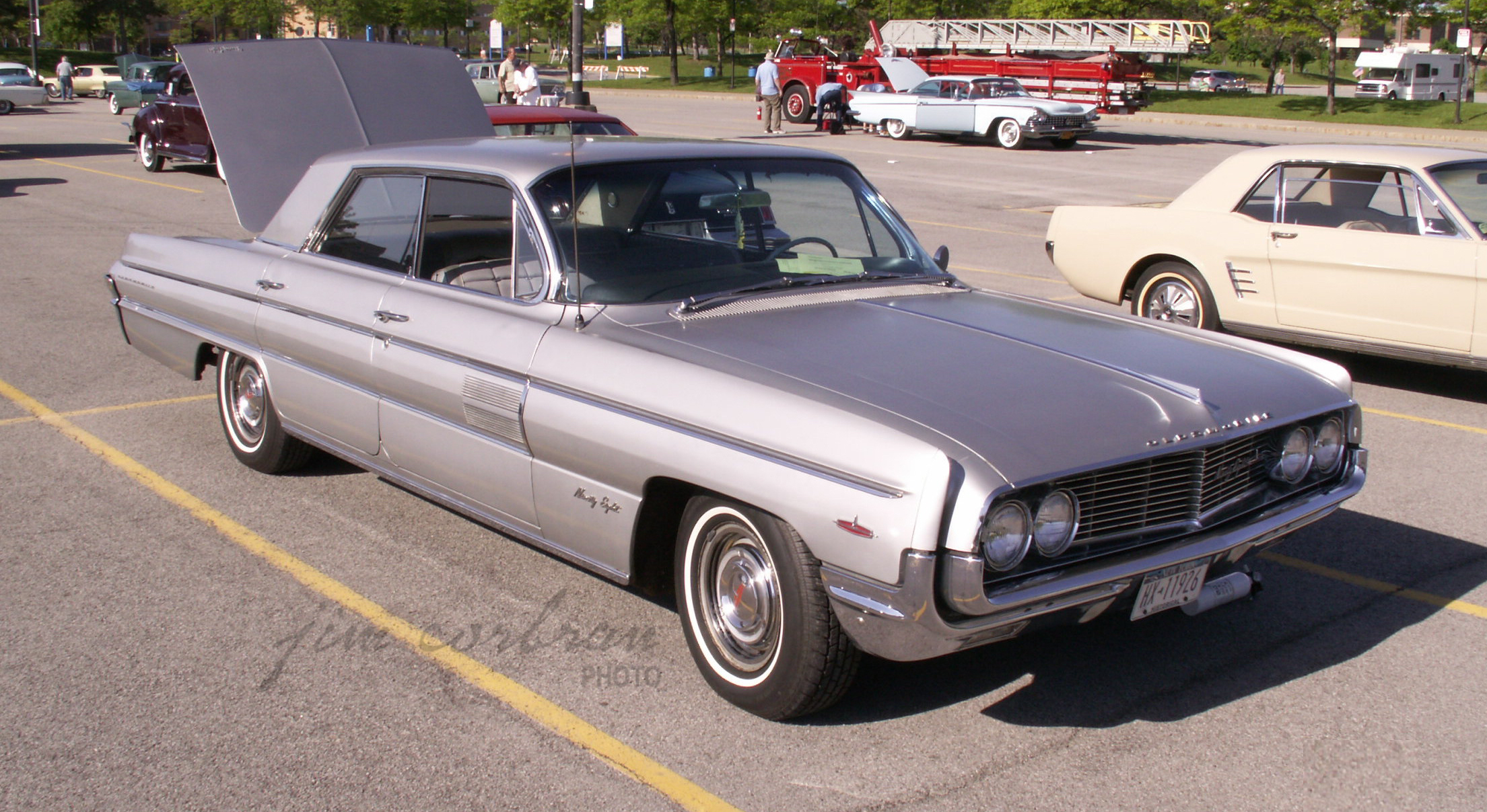 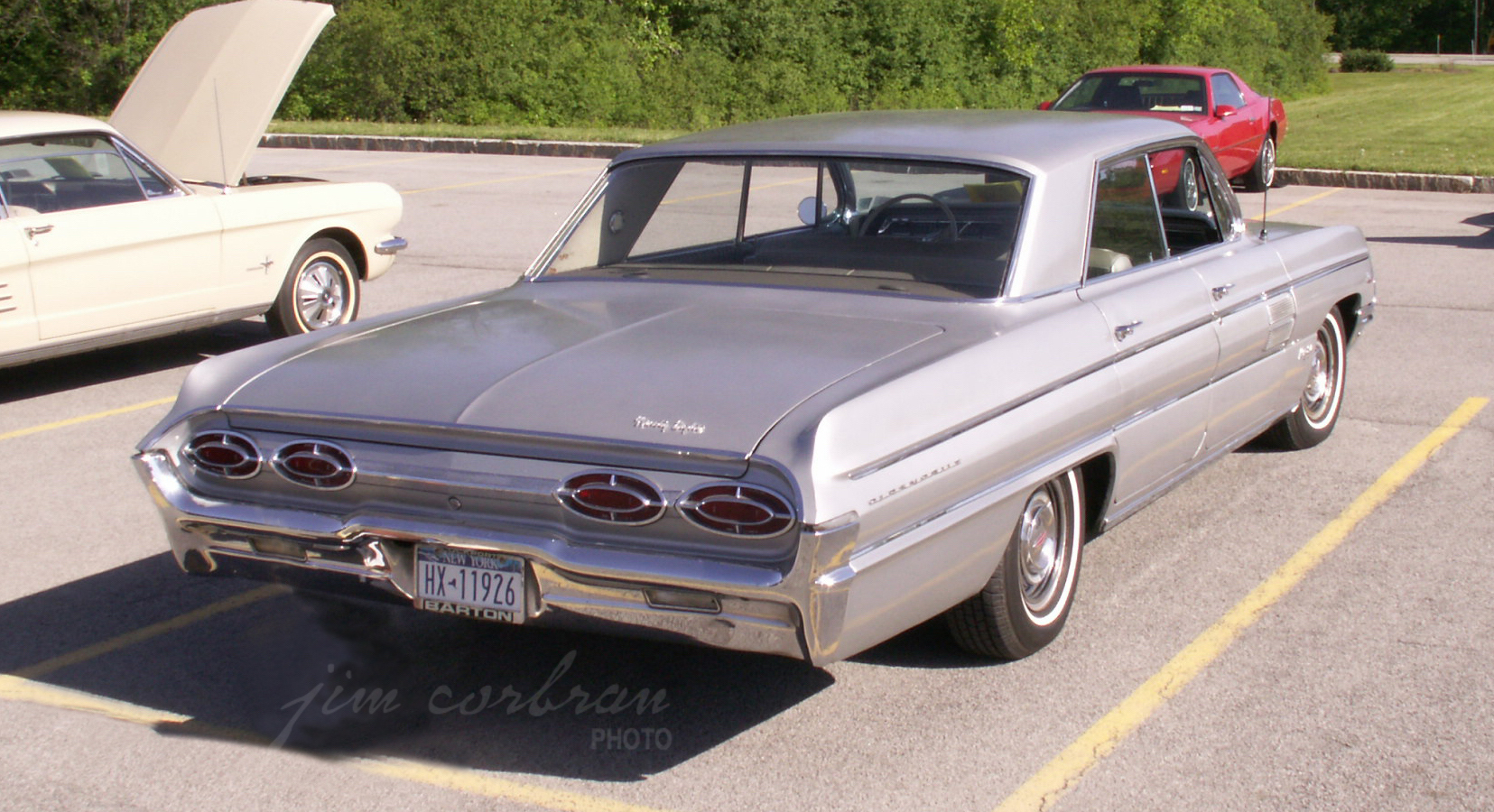 The 1962 Oldsmobile Ninety-Eight four-door models were offered in three variations: a pillared sedan (Town Sedan); a six-window-hardtop (Holiday Sedan); and this four-window hardtop, or, in Olds-speak, the Holiday Sports Sedan, which replaced the flat-top Sports Sedan from the previous year. Olds said of this new silhouette: “…unique roof motif gives it a sporty new sparkle!” You can see the other two at the bottom of the page. We were impressed enough at finding this rarely see Olds (at least, these days!) that we Photoshopped the cleaning pail out of the picture, which was parked right behind the car when we spotted it at the 2014 Antique Automobile Club of America Car show held at UB’s North Campus in Amherst. (see inset) 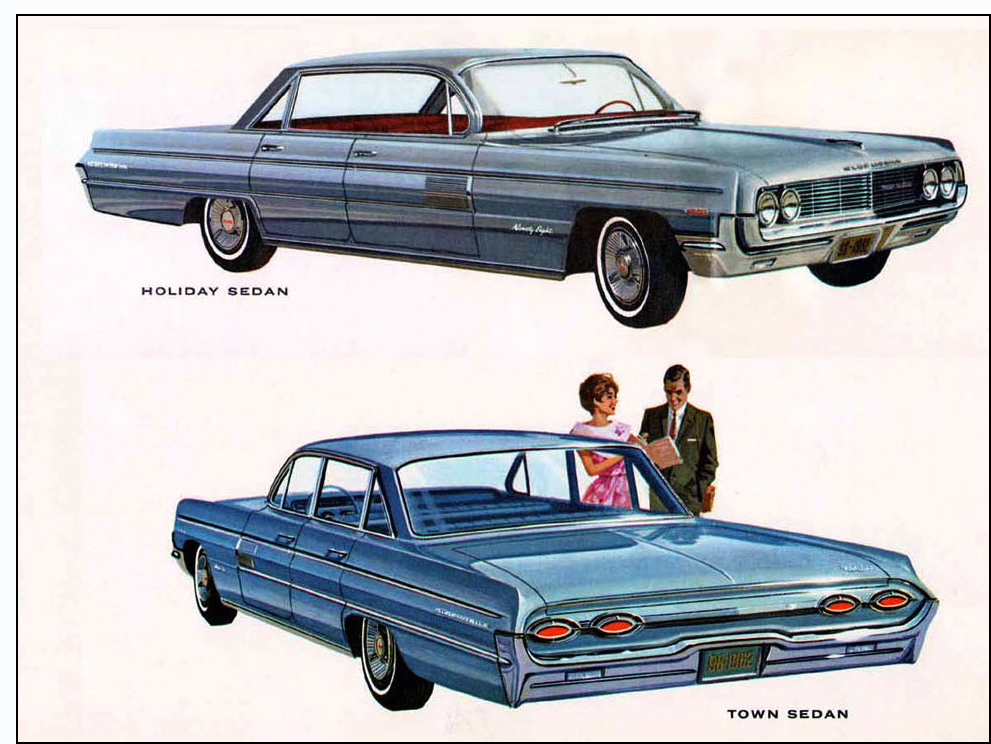