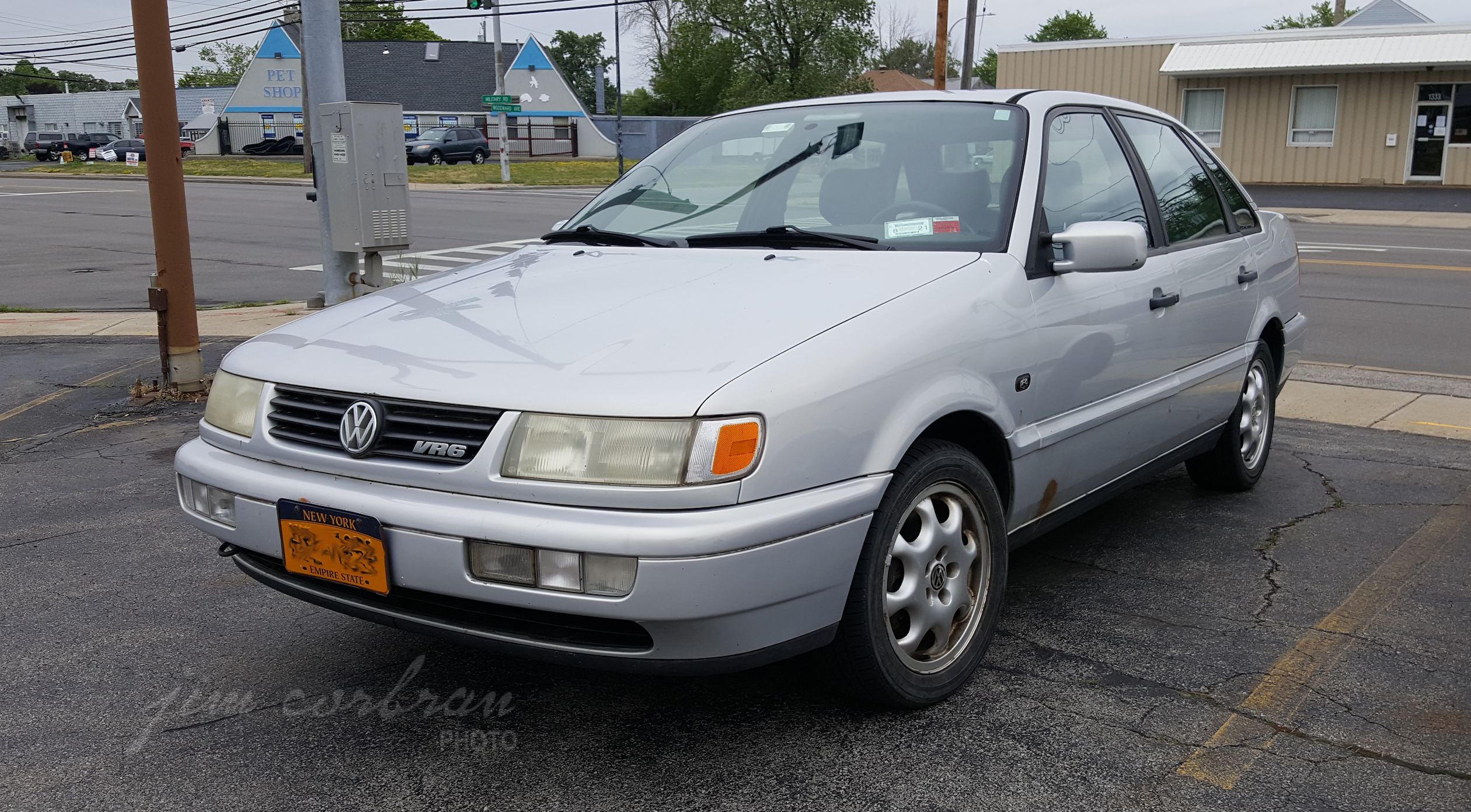 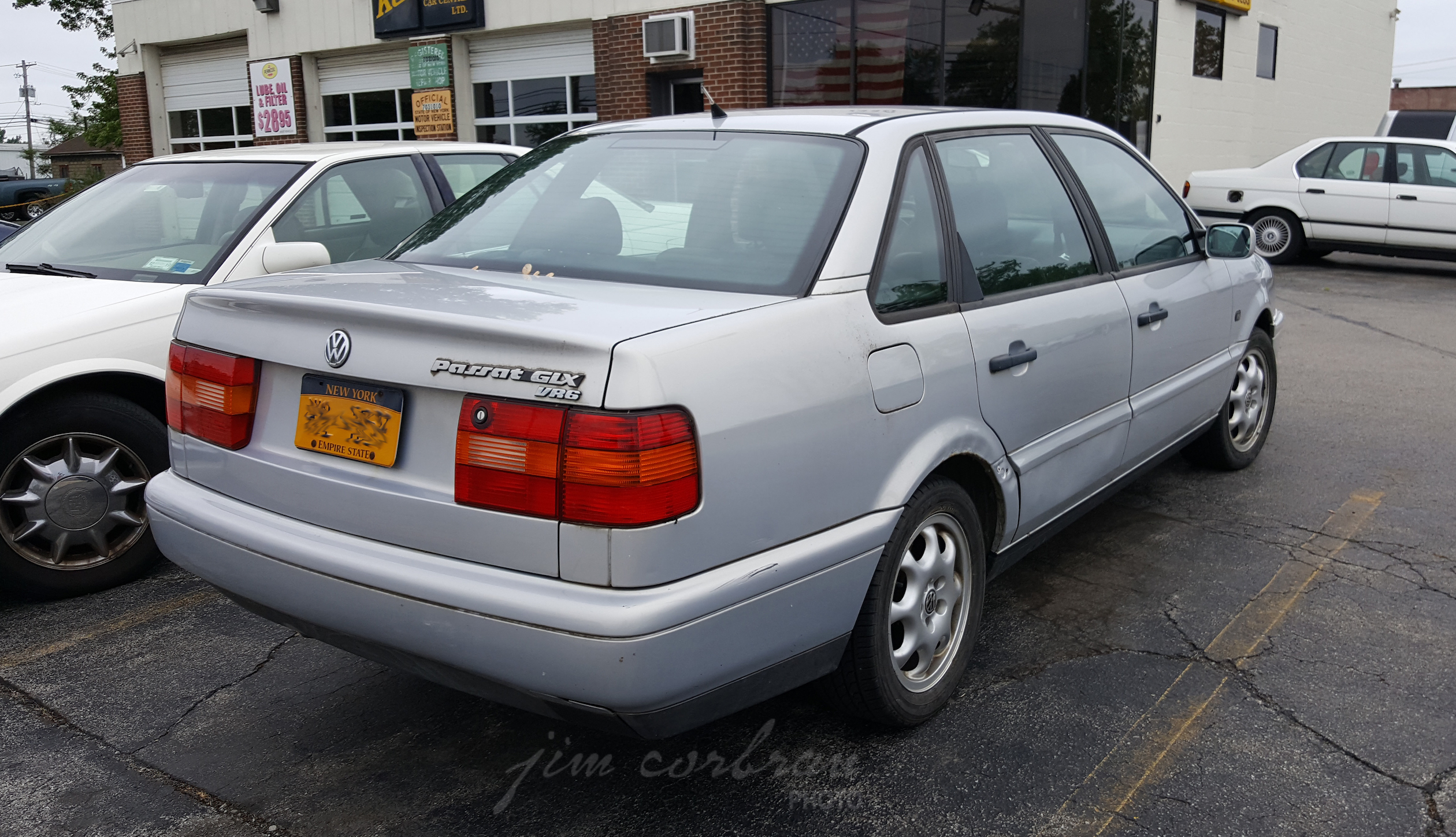 This 1997 Volkswagen Passat GLX represents the nameplate’s final year before a total makeover for MY 1998. The Passat name was first used in MY 1973, although the cars sold in North America wore a Dasher badge. It marked VW’s entry into the world of water-cooled engines and front-wheel-drive, along with the Scirocco and Golf/Rabbit. The ’97 Passat was available in sedan and station wagon body styles, powered by gasoline or diesel fuel. VW told us in their literature that, on all of their 1997 models, “…the bodies are built from virgin steel. (You’d be surprised how many cars are not, and yes, it matters).”  Virgin steel? Yes, I had to it up, too! When I came across this one in Kenmore a few weeks ago, it was the first time I’d seen one from this era in many years.