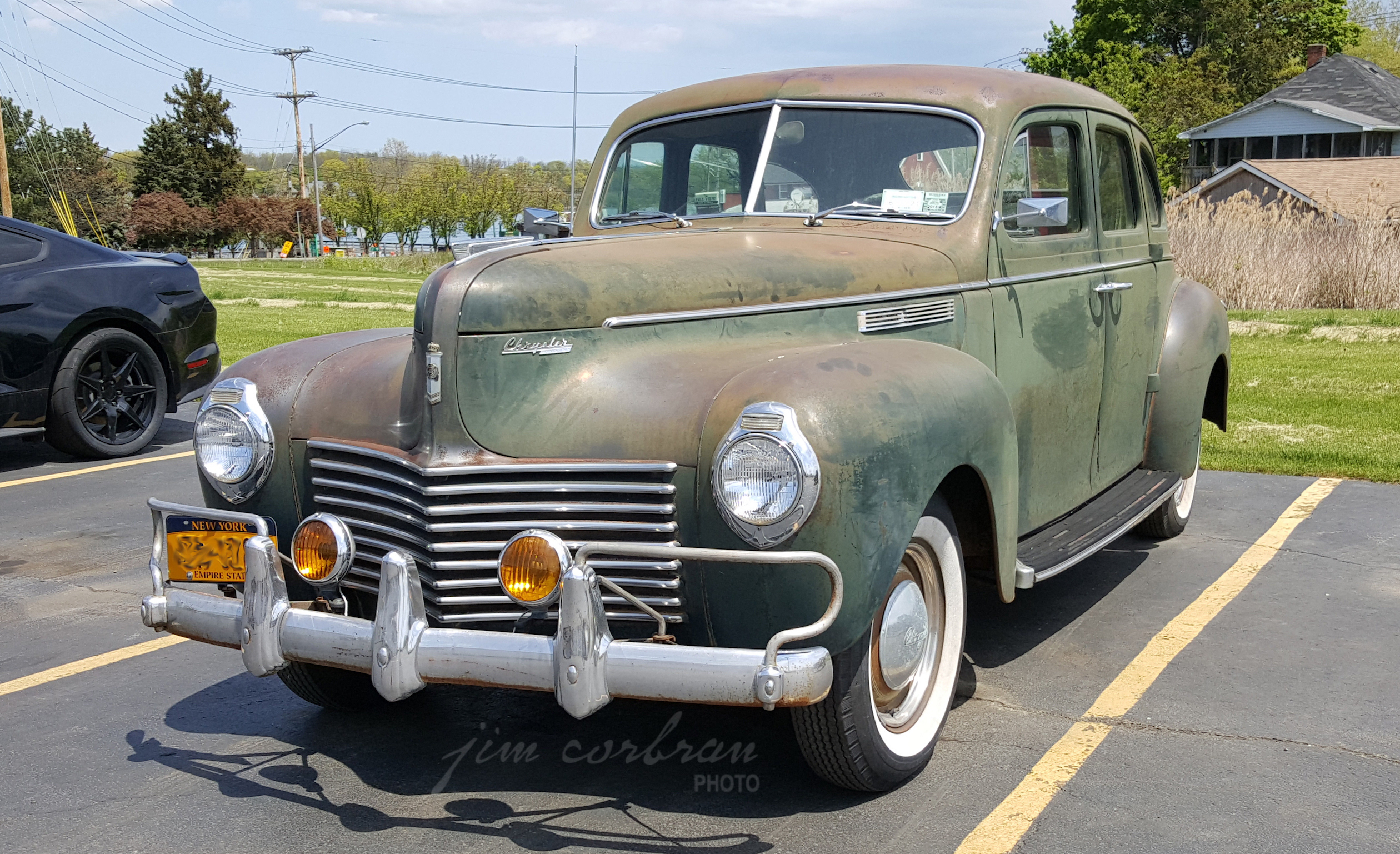 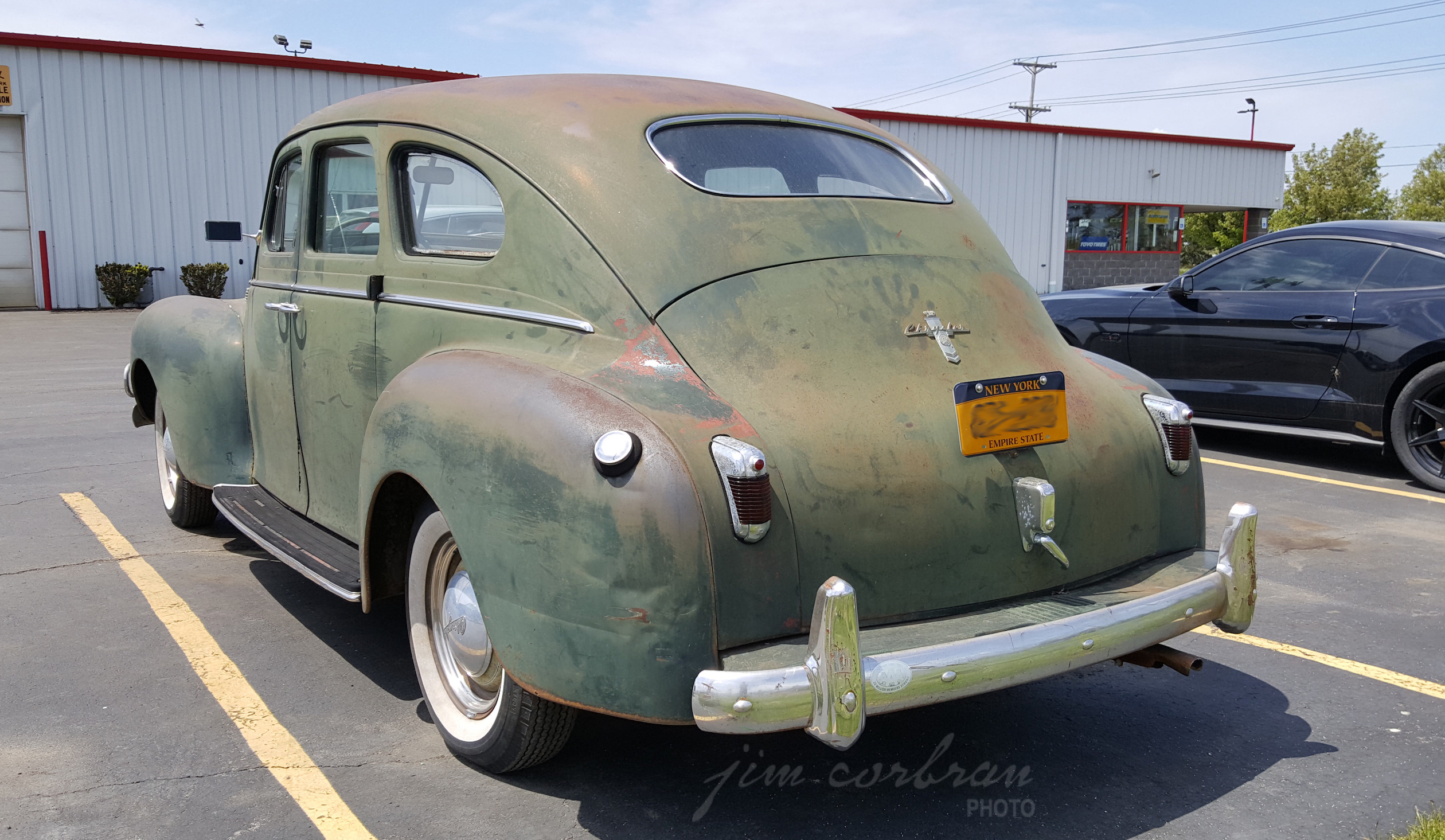 There seem to be a lot of pre-war Fords, Chevys, and Plymouths still around today, but how often do you come across a 1940 Chrysler Windsor in the wild? We found this one in a Tonawanda parking lot back in May, looking like it’s in an unrestored state. I know these things were big and roomy inside, but the brochure illustration (below) makes the Windsor’s interior look bigger than some small apartments, Lol. All Windsors and Royals were equipped with a 241.5cid straight six, while the higher-priced Traveller, Saratoga, and New Yorker had the 323.5cid straight eight. This being 1940, all (of course) had column-mounted manual transmissions. 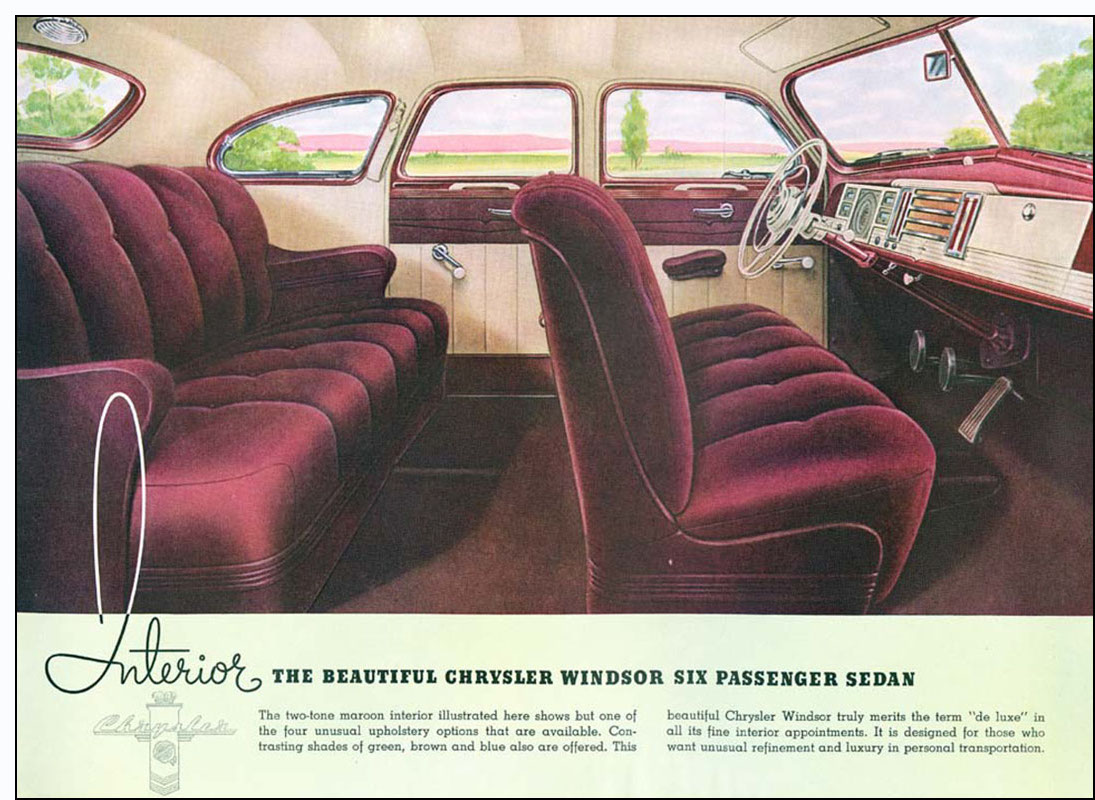