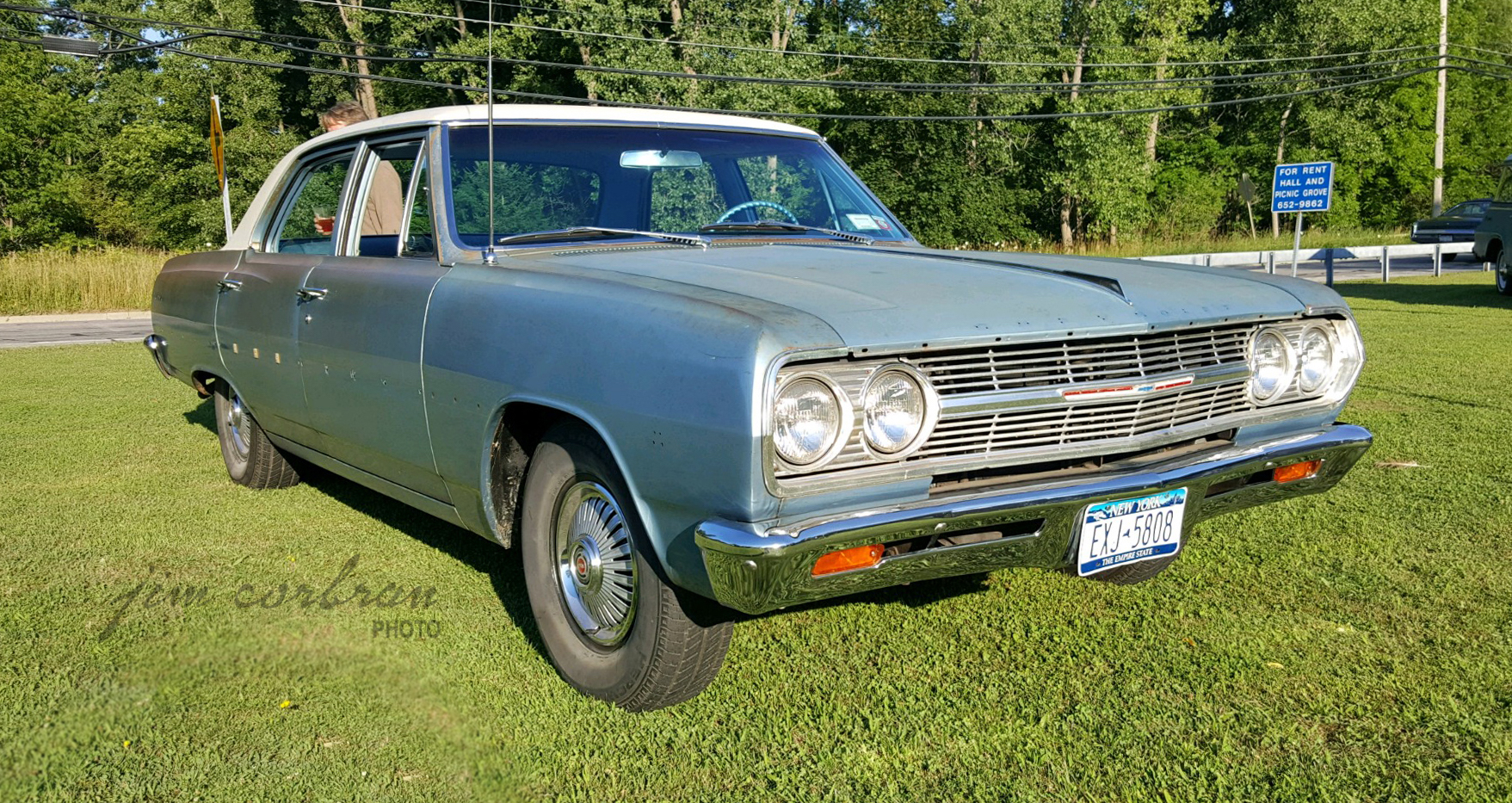 Either this 1965 Chevy Chevelle Malibu is a work in progress, or someone’s made off with all of its chrome trim. It can still be identified as a Malibu by the placement of holes for the clips of the missing trim pieces — oh, and the ghost of a Malibu nameplate on the rear fender (bottom photo). The Malibu was still the Chevelle’s top trim line for MY 1965, with the Malibu Super Sport hardtop and convertible gracing the top rung of the ladder looking down on the base 300 and the 300 Deluxe. Chevelles were offered in pretty much every body style in the industry for MY 1965 (including a two-door wagon in the 300 series) except for a four-door hardtop, which wouldn’t come along for another year. Saw this one in East Aurora at a cruise night at the American Legion.