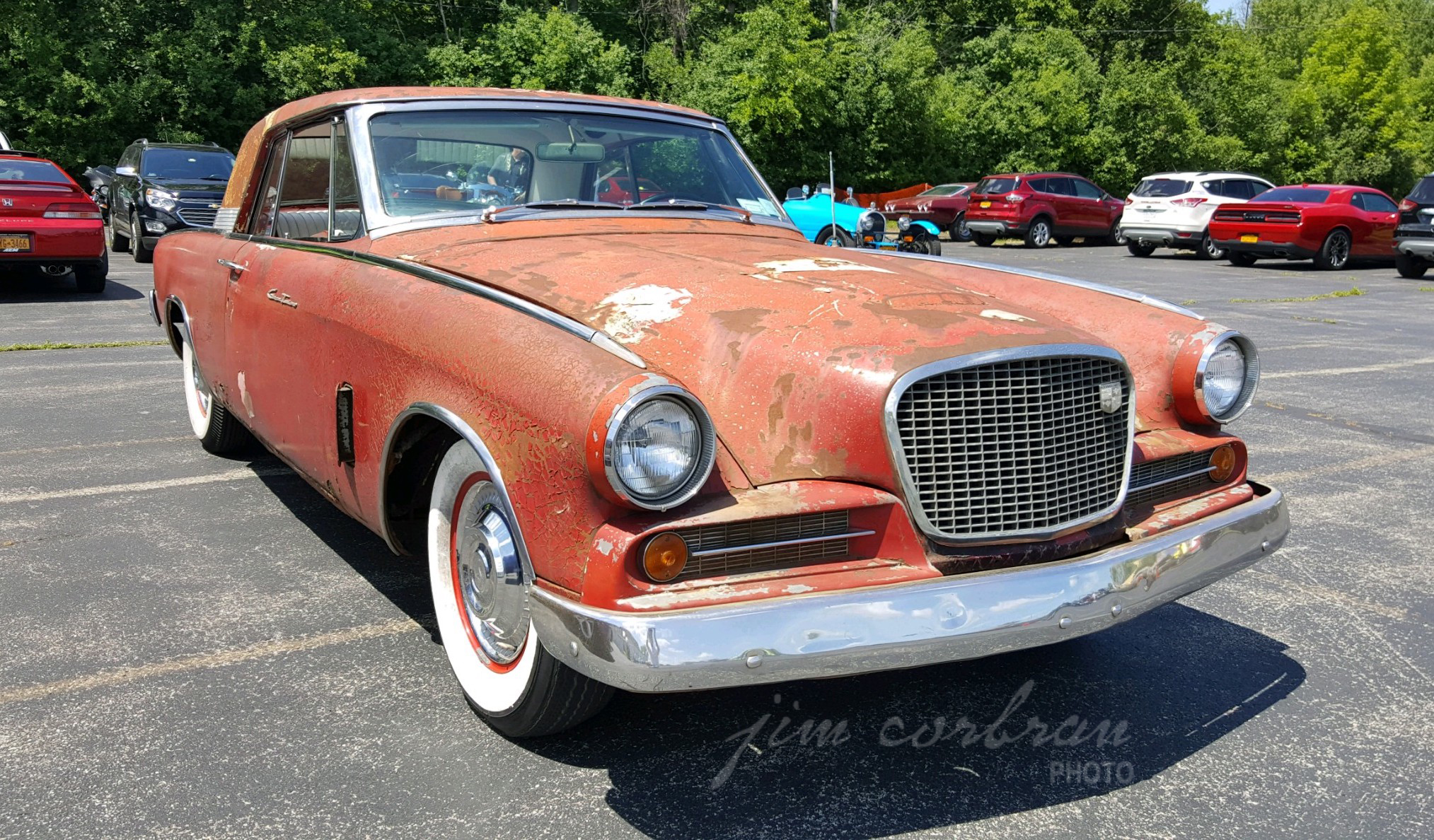 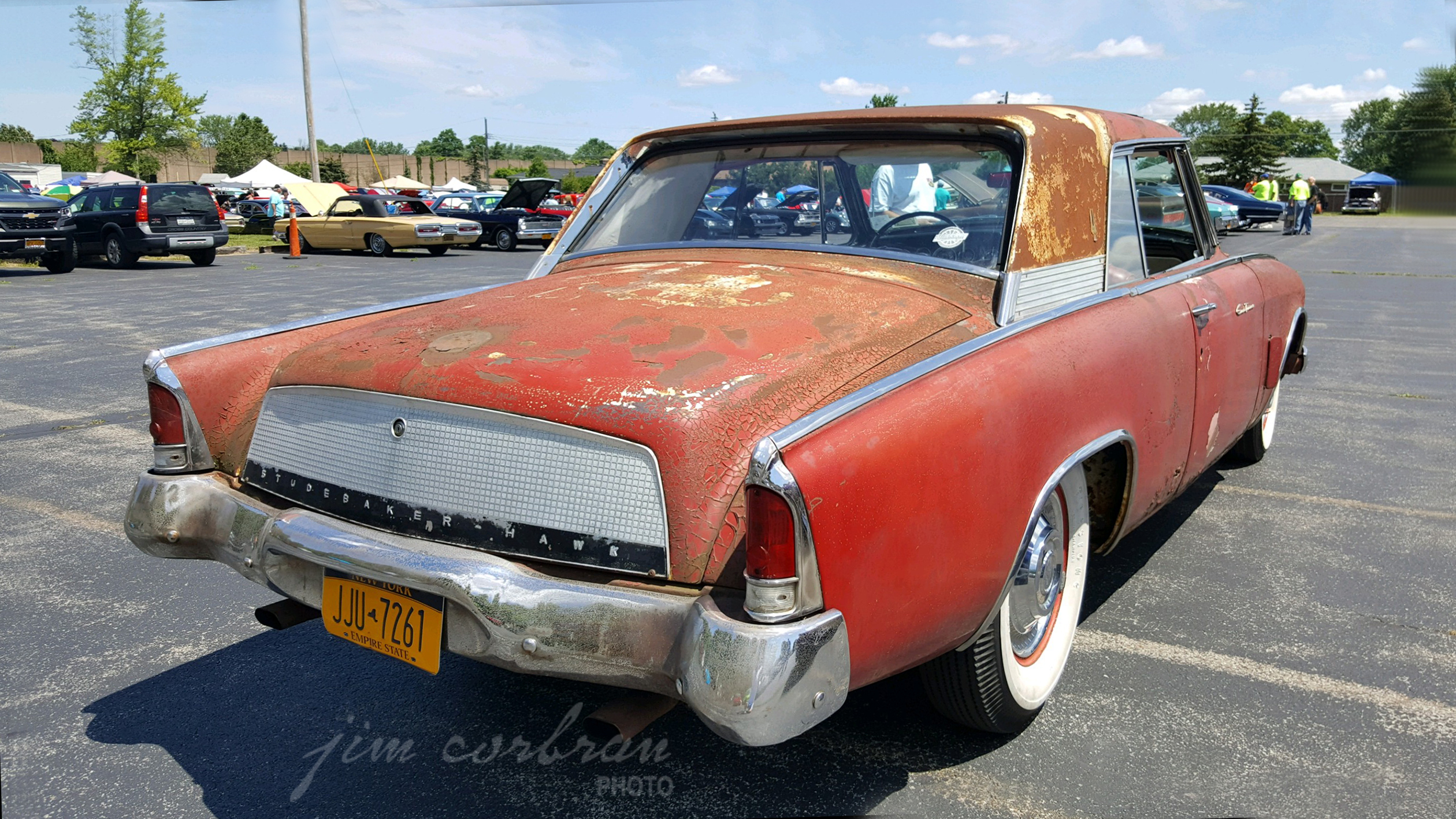 If you found yourself interested in a new 1963 Studebaker Gran Turismo Hawk like this one back in the day (well, maybe not just like this one, as I don’t believe 57-year-old patina was one of the paint choices, Lol), you might have also wandered over to the other side of the Studebaker showroom to give a look to their other, new personal luxury coupe, the Avanti. Why would Studebaker be marketing two cars which seemed to compete with each other? Well, as luck would have it they usually weren’t, as a myriad of production problems kept the Avanti in short supply — only 3,834 of them were produced for MY 1963. Come to think of it, the Hawk didn’t fare much better, with just 4,634 being built that year. But the Hawk’s low numbers weren’t due to production problems as much as the fact that the car was pretty much a refresh of the 1953 Starlight coupe — a great design but hey, that was 10 years ago! Saw this well-aged relatively rare RealRide at the 2019 Clutch Artists Summerama car show in Williamsville.