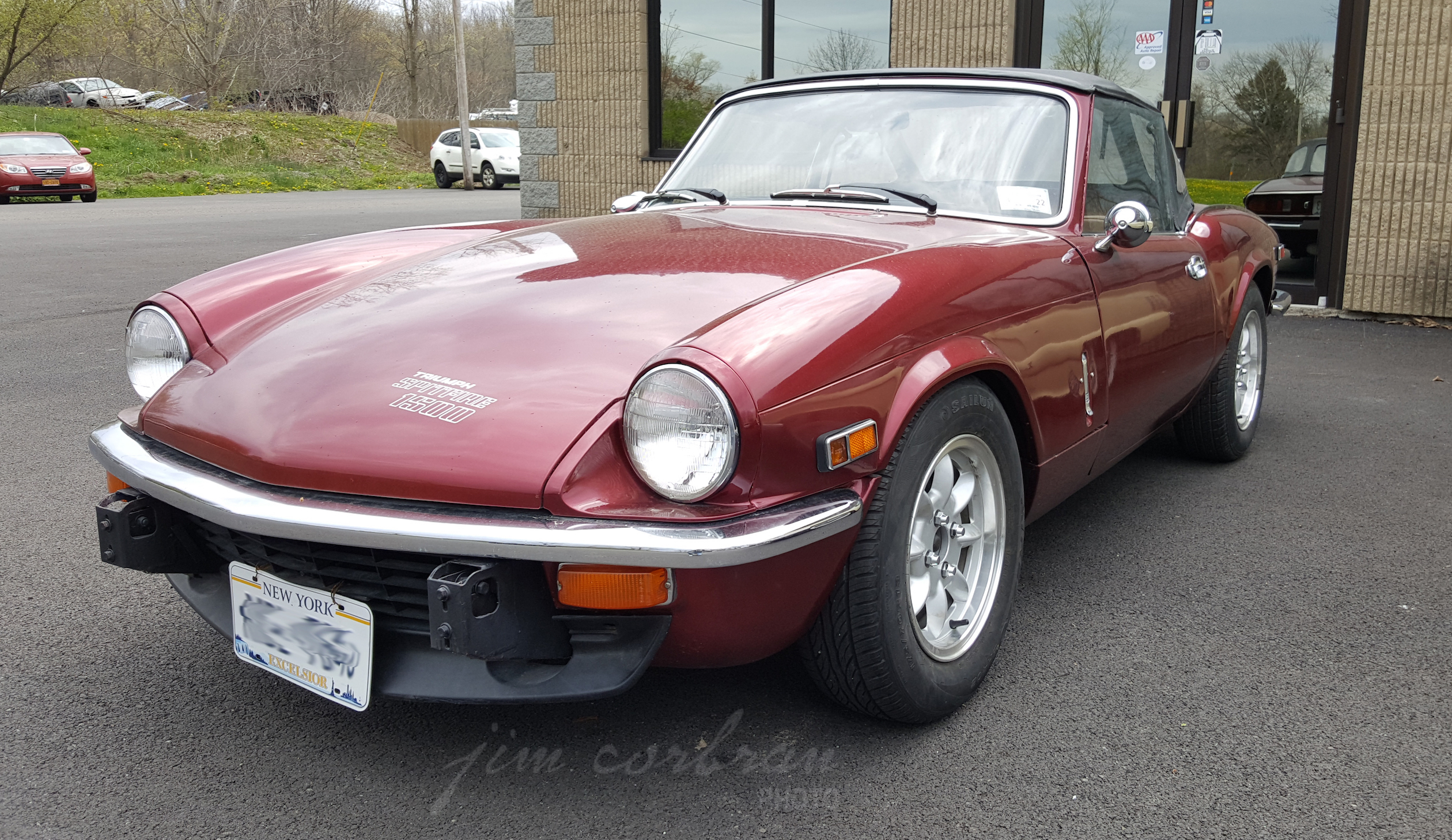 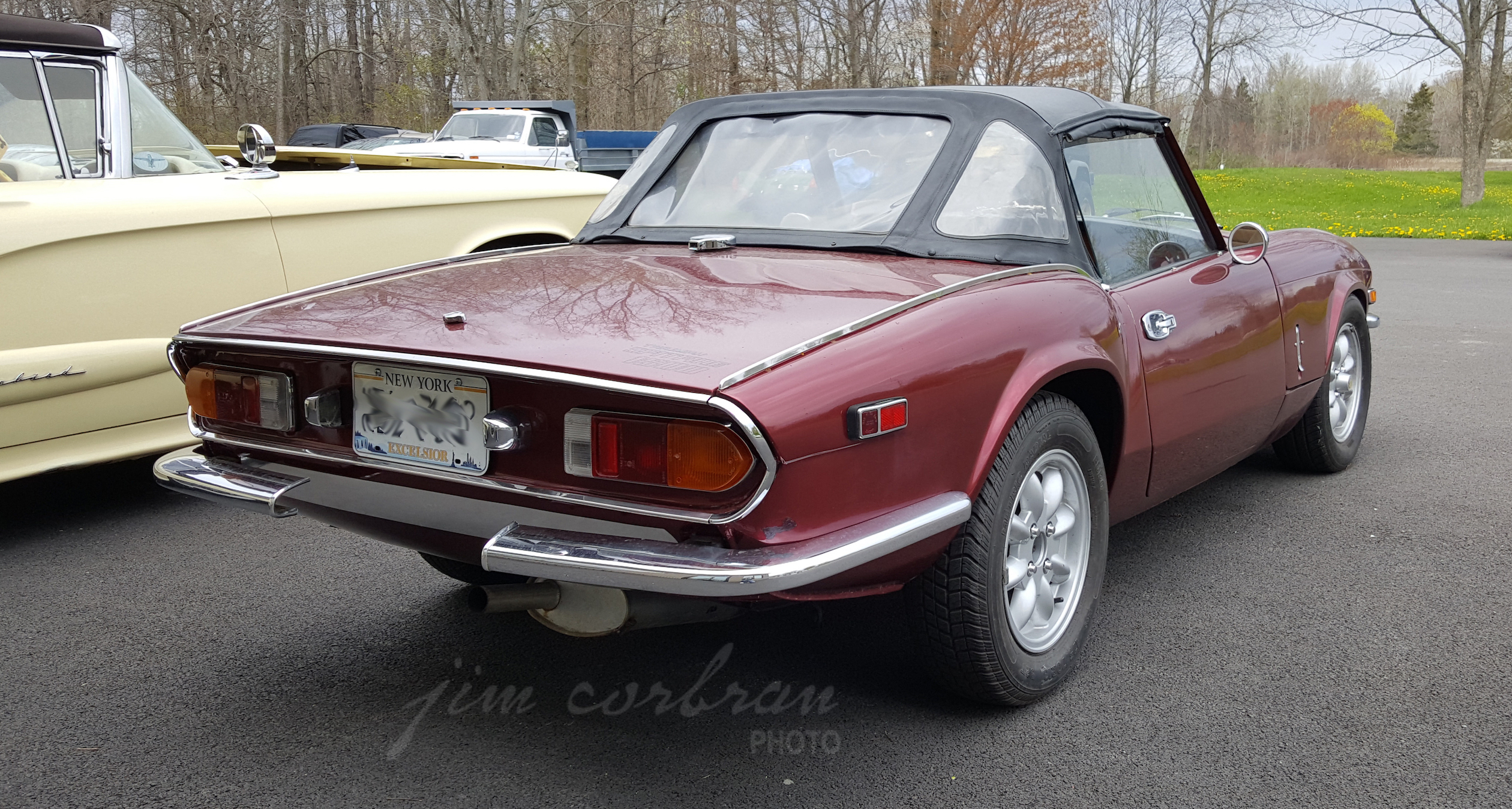 You don’t realize just how small a car like this 1976 Triumph Spitfire 1500 is until you see one in traffic. But surprisingly, the interior, while snug, is comfortable for two average sized adults. Triumph tells us in their brochure that the Spitfire’s 24-foot turning radius is “…six feet less than a VW Beetle.” Its 1500cc engine (thus the name), also according to the brochure, took the car from zero to 50 in less than ten seconds (no VW comparison, though, Lol…). The rims on today’s RealRide appear to be an aftermarket add-on. The standard rims, seen below, are pressed steel, ventilated 13-inchers, said to be exclusive to the U.S. market. We came across today’s feature car a few weeks back in Youngstown.