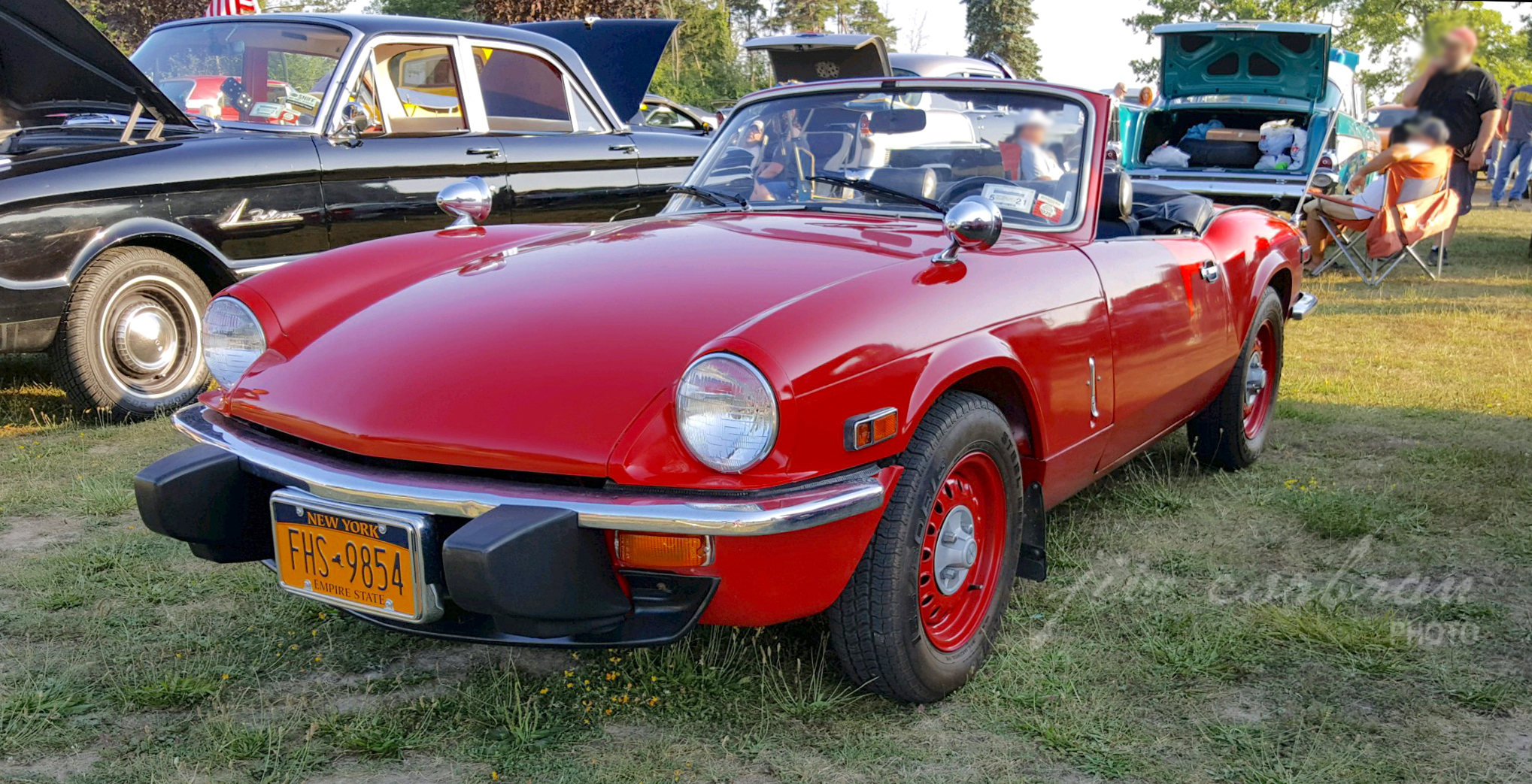 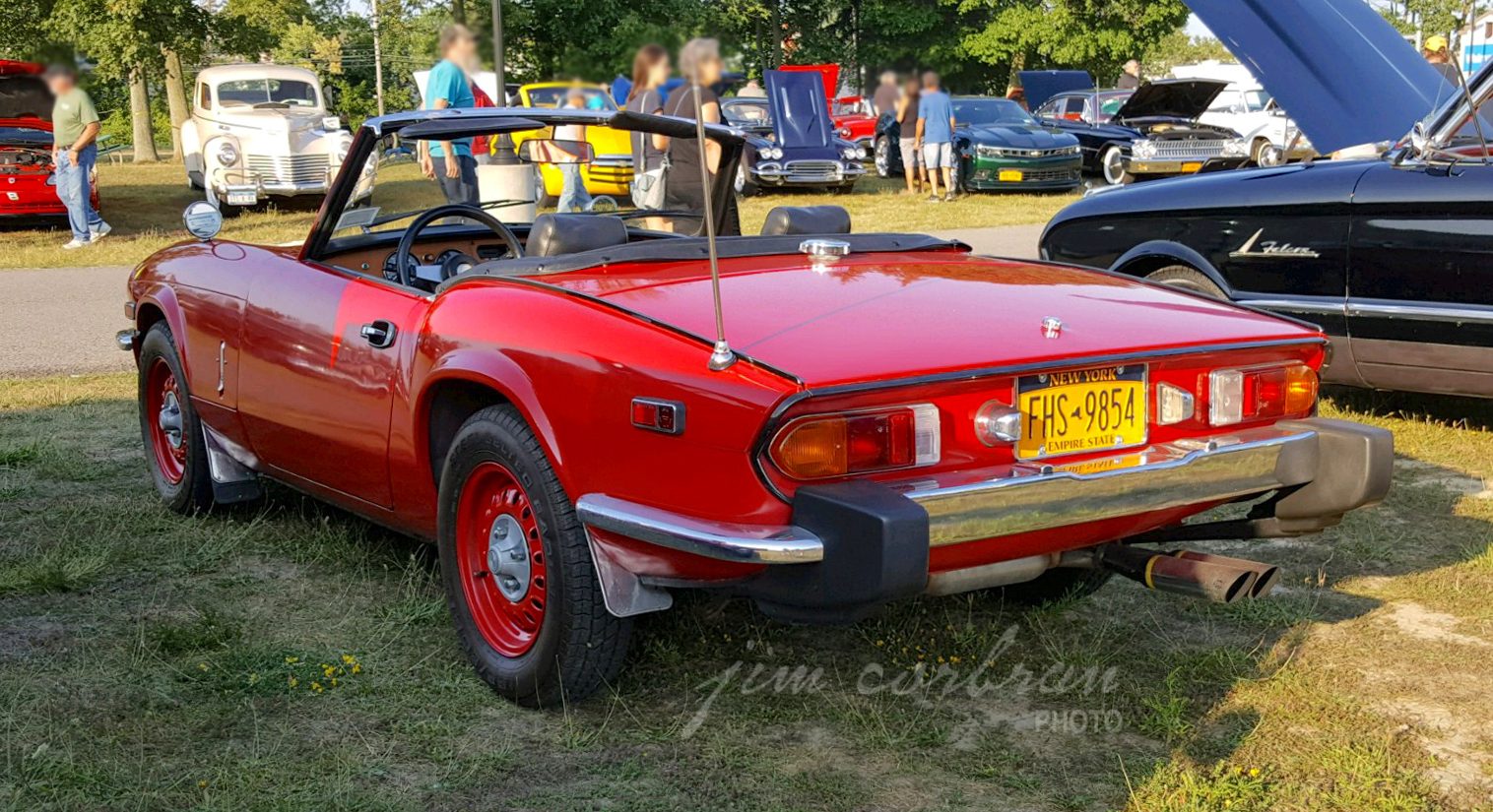 When designers incorporated federally mandated five-mph bumpers into the design of the 1977 Triumph Spitfire, it wasn’t one of their shining moments. But without spending a ton of money on a car which was, honestly, on its way out, they did the best they could. They had one more go at it though, and you can see the results for yourself below in the photos of the 1980 model. Sigh. It’s really too bad, as the Spitfire — and its British sports car competition from MG — were great little cars. Maybe too little for U.S. safety standards. As time went on, manufacturers figured out how to make small sports cars fun again… and attractive to boot (we’re looking at you, Mazda Miata). This red RealRide, with a very rarely seen wheel treatment, was seen last year at a cruise night in North Tonawanda at the Wurlitzer Building. 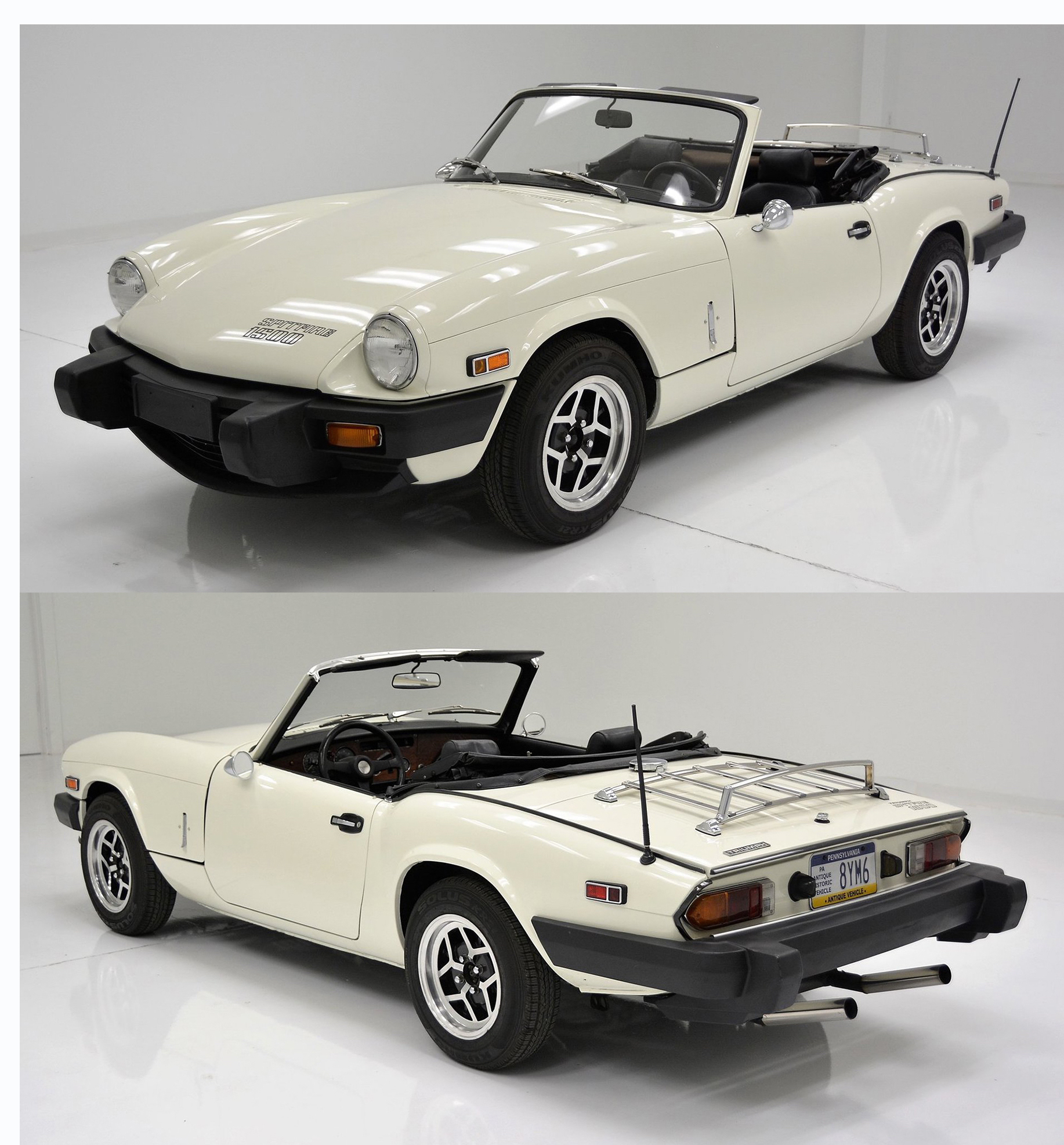