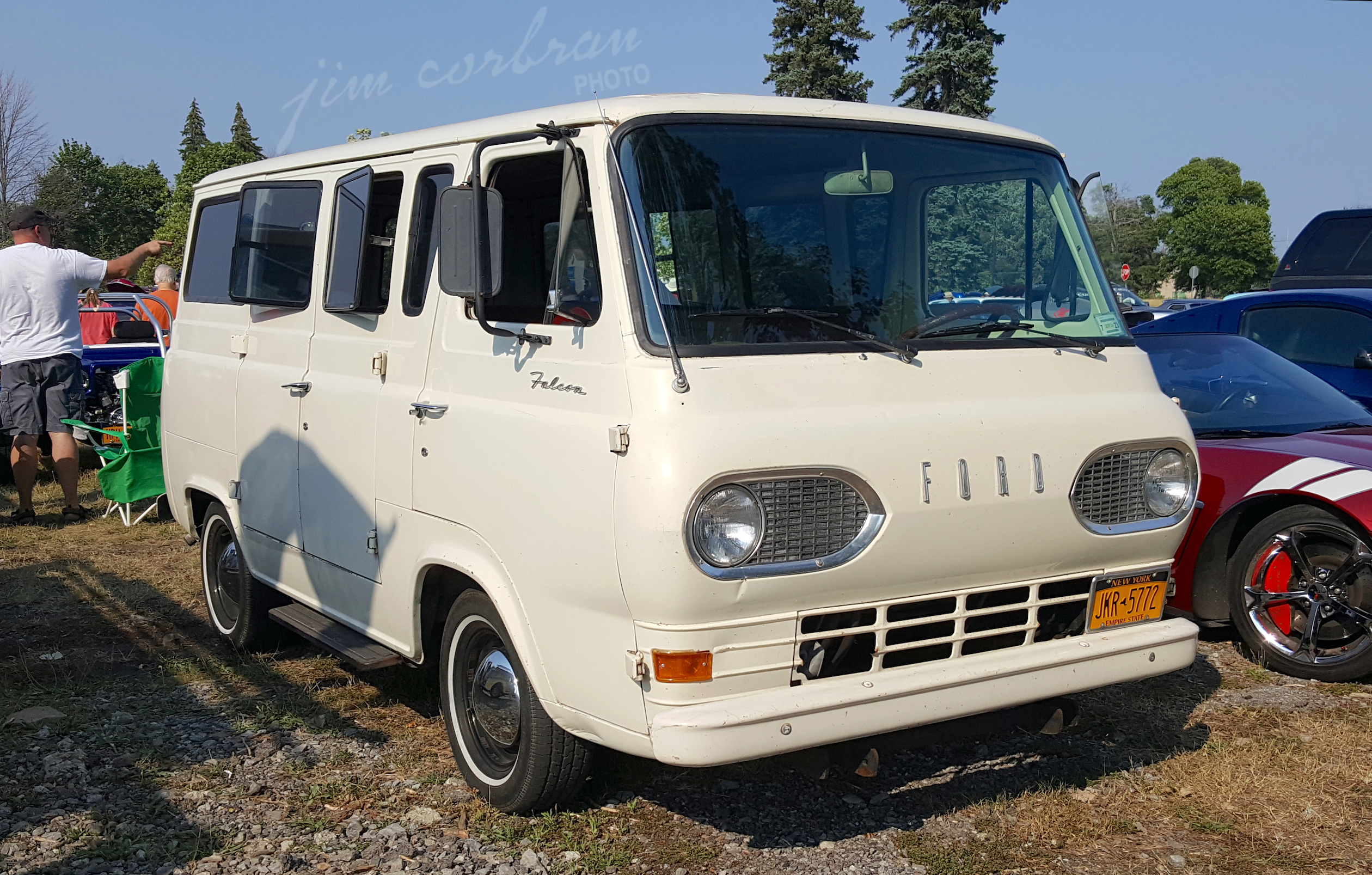 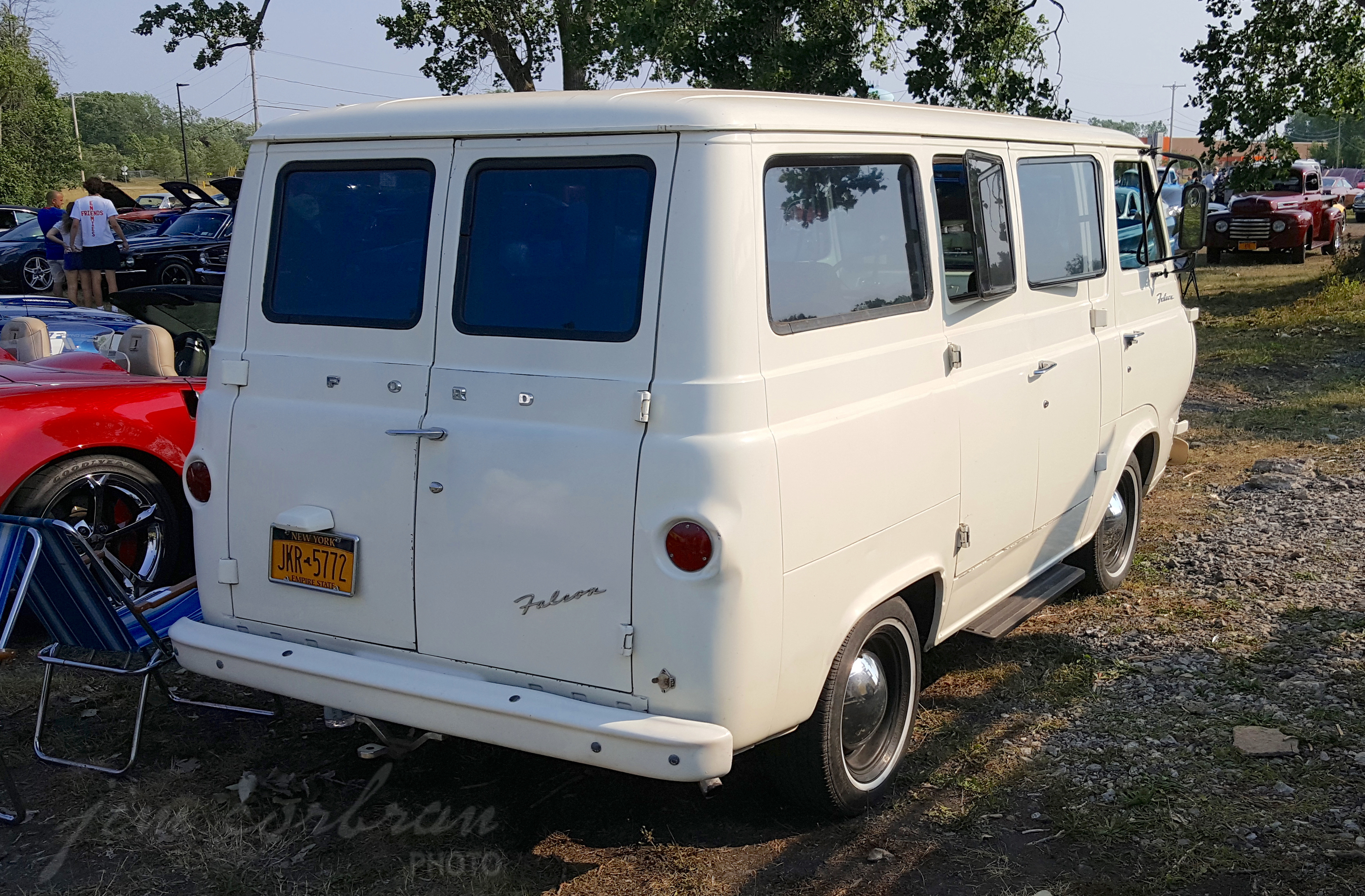 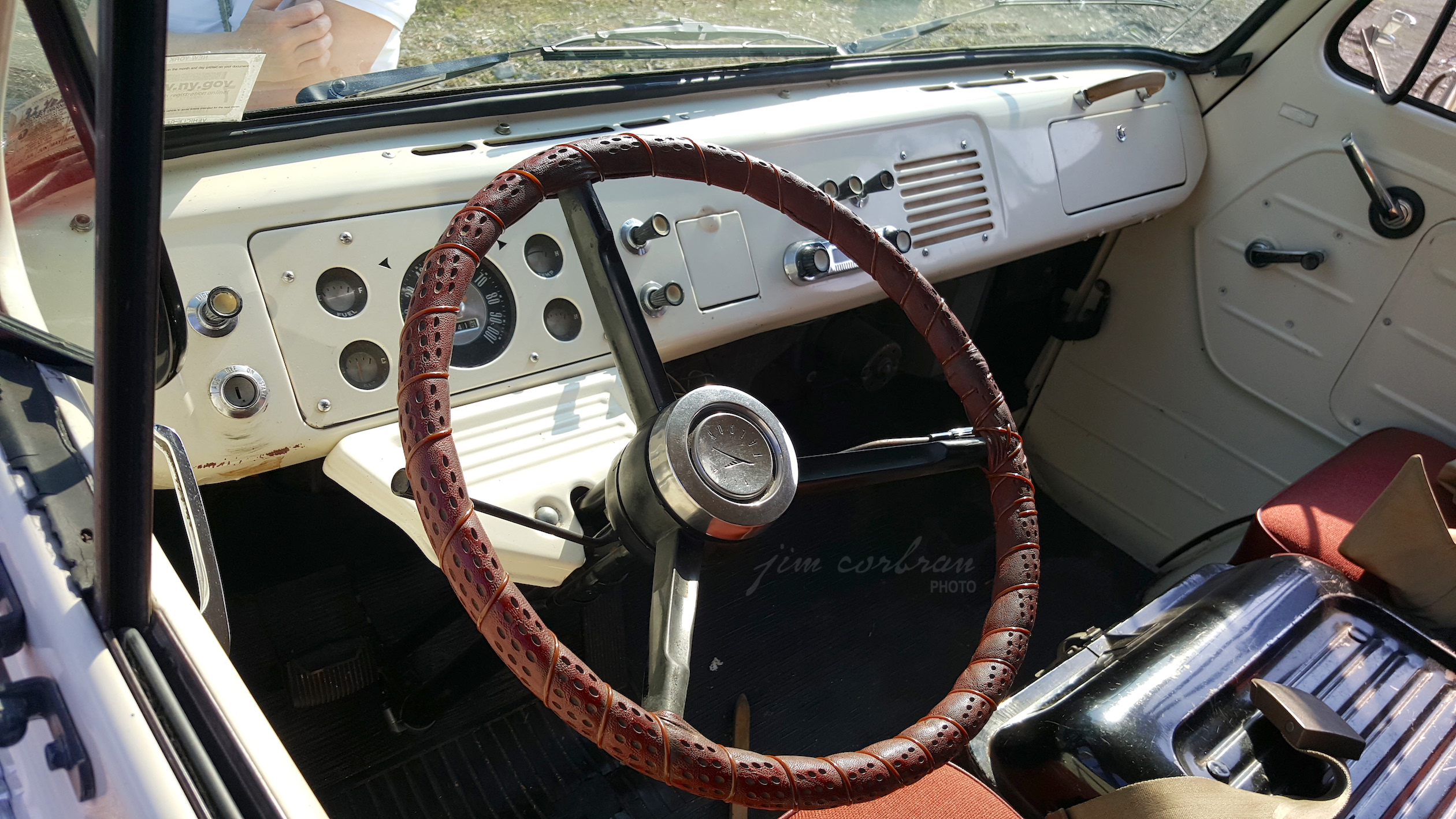 Every once in a while you still see an old Econoline van around; but you almost never see a 1965 Ford Falcon Club Wagon. These were the passenger versions of Ford’s delivery van, and they came in three flavors: the base model, which was called Falcon Station Bus, and the Club Wagon and Deluxe Club Wagon. Ford told us that “…two salty Six engines [were] offered: the standard job with 105 hp and a super option with 150 hp.” An automatic was optional, but today’s RealRide, owned by Gowanda’s Steven Botsford, has a three-on-the-tree. We saw him and his wagon a few weeks ago at a Monday night cruise at the Wurlitzer Building in North Tonawanda.