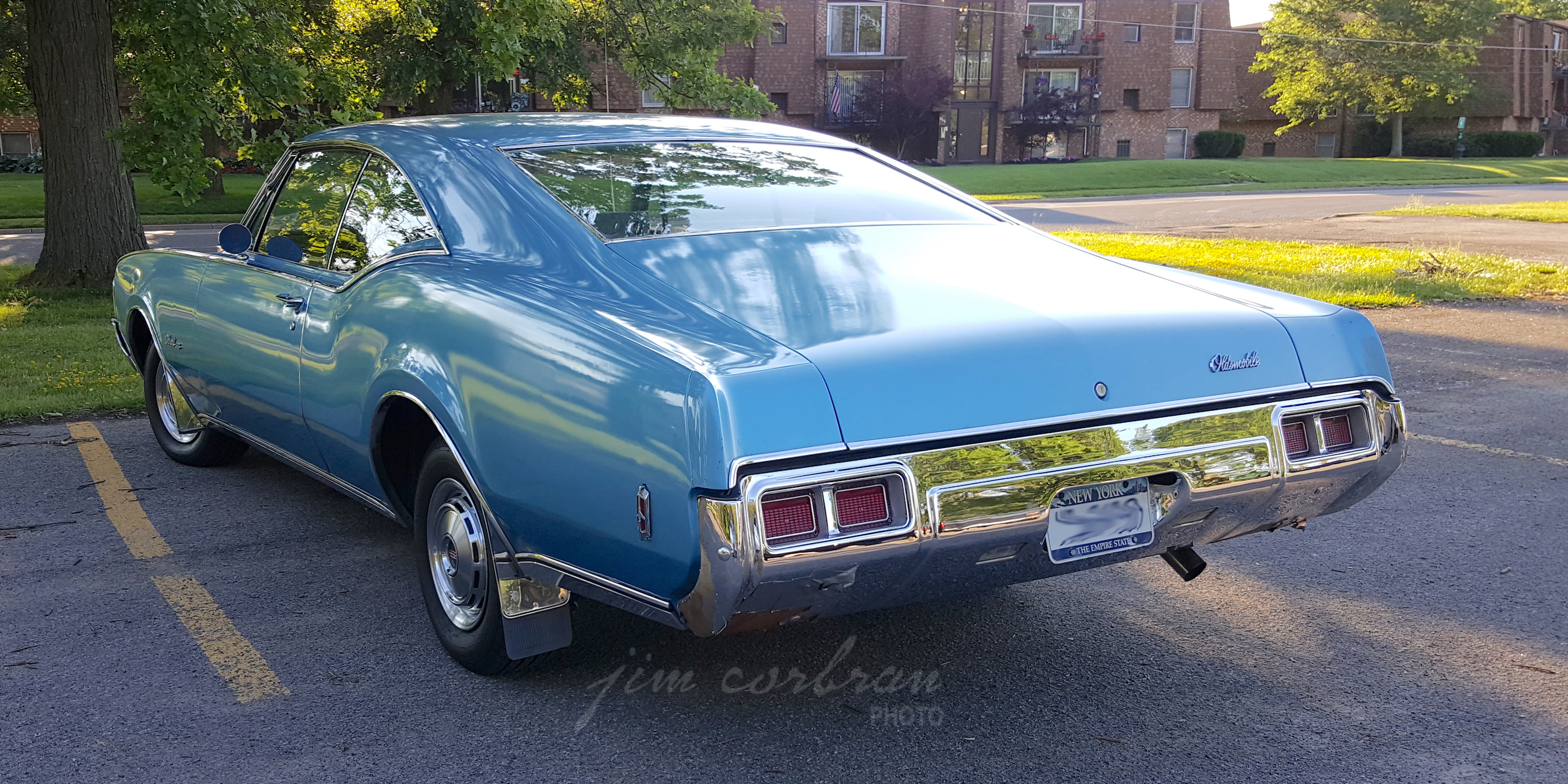 All of General Motors’ big two-door hardtops, save Cadillac, featured the swoopy roofline seen on this 1968 Oldsmobile Delmont 88. Olds, in their brochure, described the Delmont 88 as the “lowest-priced of all the full-size Youngmobiles.” It was also offered in two four-door models, a Town Sedan (pillared) and a Holiday Sedan (pillarless) — as well as a convertible. The standard powerplant was a 2-bbl Rocket 350 V8 which put out 250 hp. The Delmont 88 was offered only for MYs 1967-68. We saw this one late in the spring while driving through Lockport.